Can Artificial Pitches Stop the Decline in English Grassroots Football? 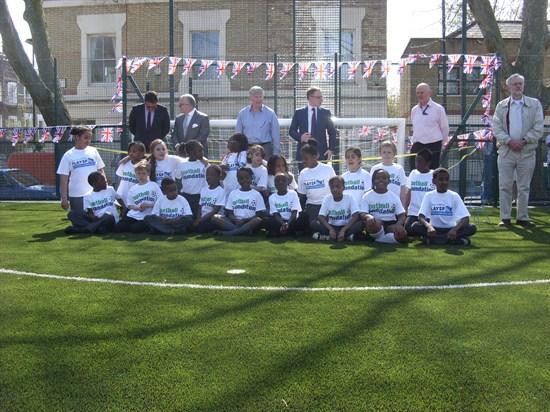 It seems that concerns over the future of the England national team are finally being taken seriously by those in control of the game. The government, the FA and the Premier League have joined forces to announce a £102 million fund aimed at increasing participation in grassroots football throughout the country. And it is believed that a hefty slice of that money has already been set aside for the construction of 3G artificial pitches in the areas that need them most.

The Football Foundation will administer the funds, which have been earmarked for bringing England’s decaying football facilities into the 21st century. But is spending so much money on artificial pitches a sensible use of resources? And is the surface conducive to developing the stars of the future?

One of the key differences between this latest initiative and others that have gone before is that fact that almost any grassroots association is eligible to apply for funding. Councils, local clubs, charities and schools are all expected to apply for a grant, so there is every chance that participation at the grassroots level will increase over the next few years – and that’s excellent news for the future of the England national team.

Although a 4G pitch surface is now available in the UK, it is the 3G pitch that is proving so popular in local communities. Available in varying heights and fibres, these highly durable pitches deliver a playing experience akin to playing on real turf.

The artificial grass blades of a 3G pitch are known as the pile, and they are usually rooted into place with a layer of sand and a lower layer of rubber crumb. A range of different bases are available – on top of which the 3G ‘carpet’ is laid, and they include an ‘engineered’ system that is made with a shock-pad, a porous layer of tarmac and a stone base. The other popular base in the UK is the ‘dynamic’ system, which has a stone base and the additional option of a shock-pad if necessary.

Artificial pitches intended for football usually have a pile height of between 9mm and 18mm – depending on the age-group playing on it, the ground underneath and the coaching preferences of the individual organisation. FIFA grades playing surfaces based on their quality – with ‘2-star’ accreditation meaning a surface is of a ‘professional’ standard.

How the Money Is Being Put to Use

The Football Foundation has been quick to disperse the funds it has for local facilities, and Rainhill High School in St. Helens was one of the first lucky recipients. The school received £300,000 for the installation of a 3G pitch – which was recently opened by Liverpool manager Brendan Rogers. Meanwhile in Leicester, more than £400,000 was spent on a new artificial pitch for the Newbridge High School Academy, which included floodlights and updated changing facilities.

Projects like these are expected to continue for at least the next five years, as local communities apply for their share of the cash. And the importance of these state-of-the-art playing surfaces cannot be underestimated. They are ensuring that local clubs, schools and sports associations always have viable playing surfaces – and that should mean higher participation levels over time.

One of the key issues raised by local councils and organisations when facing criticism over football facilities is the cost of maintaining pitches – particularly during extended periods of inclement weather. Because 3G pitches require a minimum amount of maintenance, and include inbuilt drainage systems, they are almost always viable playing surfaces; saving councils money and ensuring match postponements are minimised.

The use of artificial pitches in local communities has been widely criticised by key figures in the game. But while there is no substitute for the ‘real thing’, surely anything that gets kids more playing time has to be beneficial.

Ball physics and the way players move change slightly on artificial pitches, but that doesn’t detract from that fact that these modern playing surfaces are making match postponements increasingly rare. And who knows? There is a reasonable chance that artificial pitches could start to creep back into the professional game as the technology continues to improve.

At a time when young English players aren’t getting the necessary time for developing touch and control, artificial pitches could be the saviour of the nation’s footballing fortunes.