Grassroots Football Scouting: How it Works and How to Impress Professional Scouts 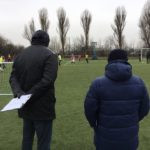 It might surprise you to know that professional scouts don’t attend grassroots football matches as much as they used to. Before the digital age, a scout might watch a young player from the sidelines a dozen or more times before making an offer. These days, however, players can be signed after just one or two visits.

This is because technology has changed everything. Scouts now have their own network of contacts around the country. Footage can be uploaded to the Internet in seconds, whether it’s via social media or email.

But there are now scouting organisations that provide this footage, and a range of players stats, for a monthly subscription. Scout 7, for example, is being used by professional scouts in the Premier League and the Football League.

A scout can now sign into their own, personalised account. Based on the briefs given to them by clubs, he or she can create a player template — an imaginary player with the set of attributes required.

The scout can also enter a range of additional information, such as contract status, age, and personal circumstances. Using this information, the system provides the scout with a list of potential signings.

And the scouts themselves help to make Scout 7 work for everyone. Whenever a player is watched, the scout can upload their own report on the player, based on a real performance.

Bristol City manager Lee Johnson asked his scouting team to look for players with the right “DNA”. This meant he wanted youngsters with a great touch, the right attitude, and a passion for teamwork.

Scouts were able to use the Scout 7 system to create the typical “DNA” Johnson talked about. Rather than looking for players and then instilling the “Bristol City way” into them afterwards, scouts at Bristol can now identify players who match Johnson’s criteria. This saves time and money, and increases the chances of those kids making it into the first team.

And the great thing about this type of system is that it can be adapted to any style of play or ethos. So when a new management team arrives, they can completely revamp the club’s recruitment policy in a matter of days.

And this type of digital scouting tool isn’t just about a player’s physical and technical abilities. It’s about finding players with the right kind of personality and character, too. For example, a scout can look at a report and see how a young player reacted when they scored an own goal. Did the player let the mishap affect the rest of their game? Or did the individual show strength of character and determination to make up for their mistake?

There are thousands of youngsters on digital databases, waiting for a template such as the one in use at Bristol City to identify them as a potential signing. But whether you’re a young player or a coach, you need to know exactly what kind of characteristics get you noticed. And which of those characteristics are likely to match the digital player templates being used by professional scouts.
What do Professional Football Scouts Look for in the UK?
While the way in which scouting operates in the UK has changed considerably in recent years, the attributes that can get you noticed have not.

Technique and touch — All players now have to demonstrate an aptitude for technique and touch. Whether you’re a creative midfielder or a no-nonsense centre-back, you can’t make it to the top of the game without excelling in these areas. If you’re not getting enough time to work on these areas in normal training sessions, practice at home — in your own garden.

Pace — British football is faster than ever, but it’s probably never been so technical. The Premier League in particular is a global competition, which has changed what we see on the pitch. But even with more technically gifted payers than ever before, Premier League football is played at breakneck speed compared to most of the other major leagues.

If you have natural pace, you’re always going to stand out. And if you don’t, you should work on it with equipment such as speed ladders. Also, remember that speed is power. Build your core-body and leg strength with resistance equipment.

Temperament and character — There are tens of thousands of young players in the UK with the potential to reach the very top. Unfortunately, only a fraction of them will actually fulfil their potential. Scouts know that players who work hard, respond to criticism well and listen to instructions always have a chance. You don’t need to be the next Messi to get a professional contract. Work hard and try to maximise your potential — and you’ll increase your chances of being spotted significantly.

Scouts don’t always tell grassroots clubs they’re attending games or watching specific players. They often just blend into the sidelines with parents and fans. But if you make every game and training session your best yet, you won’t have to worry all that much about impressing football scouts.