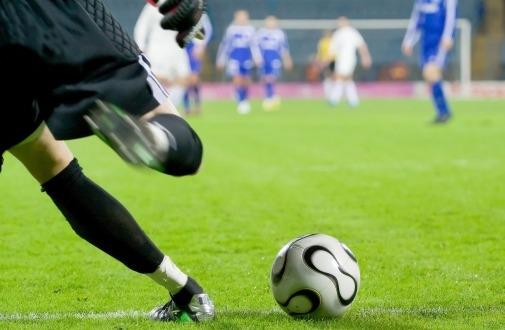 Amid growing calls for increased investment in grassroots football, the FA has announced that Sheffield is to get the country’s first so-called football ‘hubs’. These facilities are aimed at increasing participation in the grassroots game, as well as improving standards amongst English youngsters. However, many critics still believe that the FA (along with the Premier League) is not doing enough to support community football.

Rather than a nationwide, root and branch overhaul of grassroots football, the FA continues to approach the issue on a region by region basis. What is needed is a huge injection of investment and a national strategy to improve both standards and participation levels. The FA needs to implement five initiatives as part of a comprehensive strategy if the current decline in the amateur game is going to be halted.

Although the FA won’t admit it, there is a far greater need for new footballing facilities in parts of northern England than there is in the South East. People with a specific knowledge of the communities they serve are needed on a specially appointed FA committee – charged with improving local facilities and ensuring investment is directed where it is needed most.

The FA insists that it spends more than £1million per day on the grassroots game in England, yet facilities and pitches continue to rot, and kids continue to turn their backs on the national game. The people holding the purse-strings need to be empathetic to the communities they serve, otherwise money could be frittered away on inappropriate purchases and expenditure.

Communities across England have changed beyond all recognition during the last five decades, yet the county FA system in place has remained largely the same. Zero-hour contracts, longer working hours, more shift work and the Internet are just some of the reasons why people need more flexibility from organised football schemes in their communities. Initiatives such as the Tesco Skills programme and the Mars ‘Just Play’ initiative have given local people more options, but there needs to be a viable alternative to the rigid county FA system still in place.

One of the biggest problems being reported by local clubs, associations and councils is the dearth of quality pitches in England. Many municipal football pitches up and down the country lie in near ruin, as local authorities just can’t afford the costs of maintenance. A cost-effective way around this problem is to construct new 3G and 4G pitches in major towns and cities.

Admittedly, this is already happening to a certain extent, but far more investment is needed if our youngsters are going to get the playing time they need every week. Unfortunately, we still have a situation where too many teams are sharing the same pitch, and where spells of bad weather render pitches completely unplayable.

4. Shame the Premier League into paying what it promised for grassroots football

Yet another record-breaking TV deal has just been signed between the Premier League, Sky Sports and BT Sport. You would think that grassroots football in England would be awash with cash, but that is simply not the case. The world’s richest professional football league has failed to keep to its promise of investing at least 5% of its TV income in grassroots football – a commitment it made back in 1999 with the incumbent Labour government. Imagine if the FA were to successfully pressurise the Premier League into keeping that promise... £400 million over the next three years could transform community football in England for several generations.

Thousands of kids are turning their backs on grassroots football because club buildings, changing rooms and indoor facilities are slowly decaying. Moreover, the Save Grassroots Football Campaign recently revealed that up to 12 weekends of community football are lost every year in England – because of waterlogged pitches. Shamefully, there will be kids forced to change in the open air this weekend before a match – simply because the huge riches that game’s elite now enjoy have not been dispersed equitably.

Professional football in England has never had it so good. Attendances are up; sponsorship is up; TV money is up; yet local clubs up and down the country are struggling to find the players they need fulfil their fixtures. The FA is in a position of great power; if they can’t fix grassroots football in England, maybe no one can.