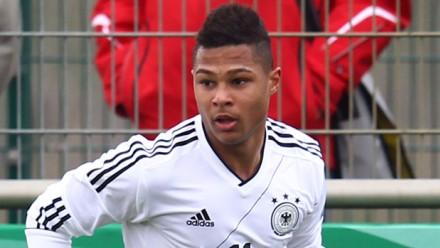 So the new Premier League season is finally upon us, and we get to see dozens of new players finally taking the field for their new clubs. However, we also get to see an exciting new crop of youngsters –many of whom could be the superstars of the future. While a few of these starlets made their professional bow last season, this could be the year they finally become household names. These five youth players prove that the English academy system could finally be starting produce top talent.

After making a scoring start to his Premier League career last season, 18-year-old striker James Wilson will be hoping he can impress new boss Louis Van Gaal and become a permanent fixture in the first team. Although still an integral part of the Manchester United under-21 team, Wilson will be hoping his recent performances with the youngsters (included a four-goal haul against Manchester City under-21s just days ago) will be enough to get him into a few more match squads this season. And if the rumours of Javier Hernandez’s departure from Old Trafford are true, this could be James Wilson’s breakthrough year – which could bode well for the future of the England national team.

Rolando Aarons came from nowhere during the close season to force his way onto the St James’ Park pitch against reigning champions Manchester City on the opening weekend of the season. A string of sensational performances – including a goal and an assist in a 3-1 win over Schalke – have given Alan Pardew no option other than to include the young Jamaican in the first team set-up. Aarons has the unique ability to retain close control of the ball at great speed, which makes his game very similar to that of Raheem Sterling of Liverpool. At just 18 years old, the future looks very bright for Aarons, but he needs games at the top level very quickly if that potential is to be fulfilled.

Although Serge Gnabry didn’t come all the way through the ranks at Arsenal, he probably already feels like a true Gunner. Arsene Wenger signed the precocious midfielder from VfB Stuttgart back in 2010 for a purported fee of around £100,000. However, the young German had to wait a full year – until his 16th birthday – before he could make the move to London. Although only 19, Gnabry has already made 10 Premier League appearances for Arsenal, and his repertoire of silky skills prompted Wenger to call for his inclusion in the German squad for Brazil 2014. Gnabry already has a goal and an assist under his belt, so expect the youngster to play a bigger part in Arsenal’s season this time around.

Just when we thought Southampton had finally sold off all the family silver, yet another talented youngster emerges from the St. Mary’s conveyor belt. Sam Gallagher arrived on the national scene with a hat-trick in the FA Youth Cup last season, and such was his raw talent, Mauricio Pochettino rewarded the young Englishman with 18 Premier League appearances. He repaid that faith with a goal and some stand-out performances. At only 18 years old, the six-foot, four-inch striker still has a lot of growing to do. But the early signs are promising. Surprisingly quick and light on his feet for a big lad, Gallagher is a classic target man who also knows how to play, and he could be a valuable asset for future England managers.

At just 16 years of age, there is little doubt that Dominic Solanke is one of the bright new hopes for the future of the England national team. Jose Mourinho recently went on record to say that Solanke’s failure to play for England would be because of the failure of the entire management team at Stamford Bridge. Despite calls to send the talented goal scorer out on loan this season, Mourinho insists that a boy of his talent will learn a great deal more by training with the first team. Already a regular in the England under-17 team, a step up straight into the under-21 team has been mooted. And if his 20 goals in 25 games for Chelsea’s youth teams are anything to go by, a first senior appearance in a cup competition this season is not completely beyond the realms of possibility.