Are Grassroots Football Referees Getting a Raw Deal? 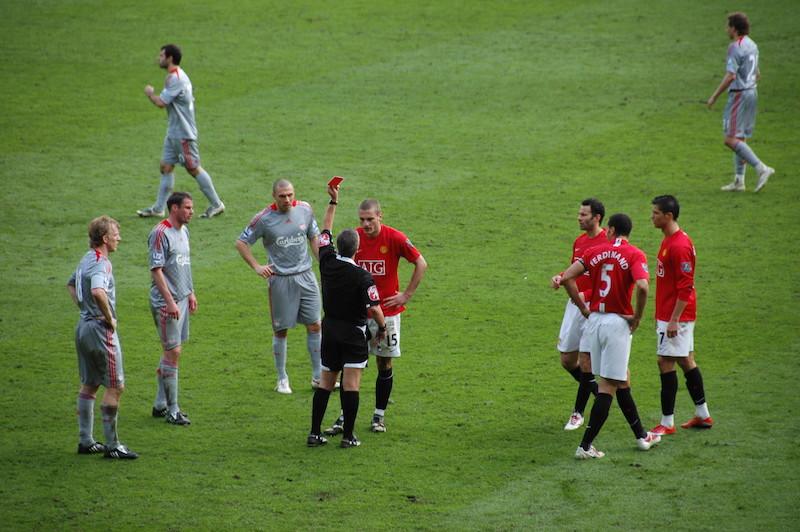 The issue of bad behaviour on professional football pitches is nothing new in the UK - but it has been getting progressively worse in recent years. The abuse directed towards match officials is now being tackled by the FA’s new Codes of Conduct, which give referees far greater powers to punish players. But will these powers be extended to referees at the grassroots level?

After just two weeks of the 2016/2017 season, there has been a marked improvement in player behaviour. The threat of yellow and red cards for players who act aggressively towards match officials is modifying behaviour - setting a good example to youngsters in the process. But referees in local leagues up and down the country are still being exposed to worrying levels of abuse, and in some cases, physical violence.

To their credit, the FA has put a lot of work into changing the culture of abusing match officials. They have conducted a series of master-classes aimed at educating coaches, players and managers on the new guidelines. A lot of FA refereeing initiatives start well and gradually fizzle out, however, so the success of these new guidelines should be assessed at the end of the season. And the simple fact remains: will the FA’s Codes of Conduct affect behaviour towards match officials at the grassroots level?

Unfortunately, the problem of abuse towards referees at grassroots level is as bad now as it ever was. A recent survey of more than 2,000 referees by Loughborough University highlighted some serious issues in the lower echelons of the game in England.

Among the issues referees have to deal with regularly at local level include racism from children, parental violence and death threats. Such is the scale of the problem, there have been several strikes amongst officials in the lower leagues.

The FA has publicly acknowledged a link between abusive behaviour in the professional game and at grassroots level, but there doesn’t seem to be a cohesive plan of action in place to address the problem. Professional referees have the luxury of police and security officials being within a few yards of them at all times. This is a luxury that lower league referees are rarely afforded - leaving them vulnerable to abuse and violence.

It is incumbent on County FAs to ensure that the new Codes of Conduct are applied at every level of the game. But crucially, referees need to be protected; they need to know that there is a system in place to ban players, coaches and spectators from local matches if they demonstrate abusive or violent behaviour.

County FAs and local leagues throughout England should see the new rules in the professional game as a real opportunity. Former Premier League referee Mike Cairns is calling on the FA to send every club in England a letter telling them that these new rules will be adopted by referees at all levels.

“This is the authorities raising their hands and saying we now recognise we have got a problem.”

“There is nothing new in there – it is simply applying the law. So really, what they are saying is we have turned a blind eye to this for far too long. It’s good to see they are dealing with it but when a player loses it in a professional game, the chance of something happening to a match official is pretty remote. The risk is very different in grassroots and referees are far more isolated.”

“I want to see a letter now to every club in the county to say that we are telling referees this is how to deal with discipline at grassroots.”

"The problem exists throughout football but the impact and implications of the problem at that level are far greater. The counties have got to get strong on it.”

But enforcing these stringent guidelines in the parks and playing fields of Britain on Sunday mornings is very different from enforcing them at Old Trafford on a Saturday afternoon. Indeed, a stricter policy on abusive language could make things worse at grassroots level. More yellow and red cards will inevitably lead to more confrontation - putting more referees in harm’s way.

The FA’s Respect campaign has made some progress in improving behaviour and protecting referees. As a result, the number of FA-approved referees at grassroots level has been increasing in recent years. But the fact remains that local official are still in the firing line - with little or no protection.

The emotional and physical well-being of grassroots match officials is crucial to the well-being of our national game at all levels. As long as professional players continue to set an example, the outlook at lower levels of the game will be a positive one. A change of culture is required, and the FA’s new Codes of Conduct should help in that regard.