Are Young Fans Being Priced Out of Modern Football in Britain? 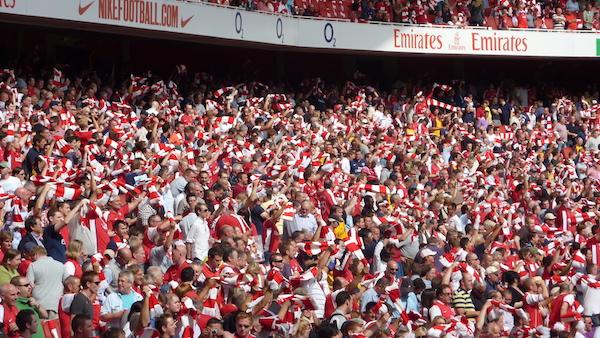 At a time when many people believe that grassroots football in Britain is at crisis point, young people are struggling to afford the cost of following their local professional team.

Supporters of Premier League teams have been forced to contend with massive price rises. Meanwhile, TV and marketing revenues amongst the country’s richest clubs have soared. As a result, thousands of young fans have simply stopped going to matches.

Politicians are now getting involved in the issue, and they’re calling on the Premier League to drastically reduce ticket prices to keep young supporters interested in the game.

There is something of a postcode lottery when it comes to the cost of attending a Premier League football match these days. If and Arsenal fan wants to watch their team in action, they’re looking at an average ticket price of £97. And if they want to splash out on a season ticket, they won’t find one for less than £1,000.

At the other end of the scale are clubs like Bournemouth, which has an average ticket price of £32. While this is a third of the price Gunners fans are paying, it is still a lot more than the average teenager or unemployed youngster can afford.

West Bromwich Albion, Middlesbrough, Sunderland and Hull CIty all offer an average ticket price of less than £40. But unfortunately, it seems that relegation from the Premier League offers youngsters the only chance to watch their beloved team in the flesh. Newcastle United offer tiered pricing based on the level of opposition on The Championship. Pick the right match, and an under 18 can get a match ticket for just £5.

The pricing disparity between England’s top clubs is quite simply shocking, and it threatens to create an entire generation of disaffected fans in many areas of the country. Yet still, English Premier League clubs are failing to see the big picture here.

A Lost Generation of Football Fans is Inevitable

Most kids are inspired to play football in their local parks and for their local clubs by the game’s superstars. But when matches are hidden behind expensive TV subscriptions and astronomical ticket prices, the connection between young fan and professional can’t be made.

Fewer English youngsters attending elite football matches will inevitably lead to fewer youngsters taking up the game. This will lead to less youth talent to draw from, which will force Premier League clubs to look abroad for talent more than they already are. These clubs will end up with huge transfer fee and wage bills, and they’ll ramp up their ticket prices as a result.

The vicious cycle will continue, and the standard of English football will suffer as a result. Charging exorbitant prices for tickets is counterproductive in the long run. It risks alienating the Premier League’s core fan base and pushing people towards other sports, including rugby and the increasingly popular NFL.

Football Needs to Be Priced Competitively

According to a recent BBC football survey, the cheapest tickets in the Premier League average £29.05, while the most expensive are almost double at £53.65. And while there is now a welcome £30 cap on the price of tickets for away fans, these prices are still beyond the pocket of most average fans.

A cinema ticket delivers around two hours of entertainment, yet it still costs around £10 outside the capital. And theatre tickets can be picked up for less than £15 at certain times of the week. A video game costs around £40, but it can deliver countless hours of entertainment. These are the entertainment options that the Premier League must compete with. Is it any wonder that, save for the likes of Arsenal, Manchester United, Chelsea and Liverpool, Premier League clubs are hosting matches with scores of empty seats clearly visible around their huge stadia?

There is a lot more at stake here than football. For decades, youngsters attended local football matches with their parents and developed a spiritual affinity with both their club and their local community. The match-going ritual was part and parcel of growing up for entire generations in the UK. If prices continue to rise for ordinary fans, this ritual could soon become a thing of the past.