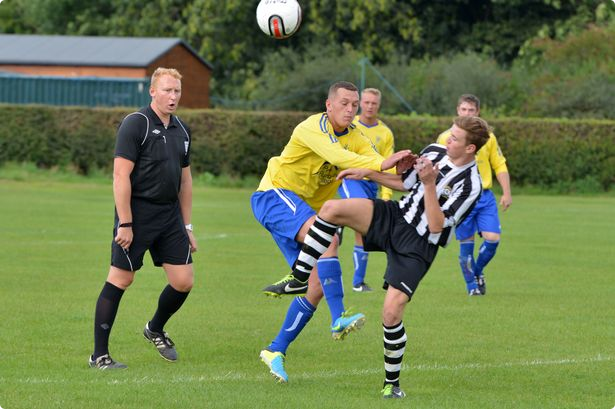 Young referee Ryan Hampson finally gave bad behaviour at local football matches the red card this month when he led a strike in protest against the abuse being directed to match officials.

The inspirational 18-year-old persuaded more than 2,000 of his colleagues to join him in his protest. For too long, referees officiating on playing fields and municipal pitches up and down the country have been subjected to both verbal and physical abuse, and it seems many have come to the end of the road.

Ryan set up his campaign via a Facebook page. He was given an opportunity to talk with the FA about the issue, but the game’s governing body obviously couldn’t provide adequate assurances that the necessary action would be taken.

So why did more than 2,000 grassroots referees in England go on strike? Well, you only need to follow young Ryan’s story to see the scale of the problem now facing Grassroots officials. During his short career, he has already been spat on, headbutted and verbally abused several times.

Despite issues being reported every weekend, only five people had been charged with assault in the Manchester area over the previous two seasons — and so far none have been punished during this campaign.

It is a matter of national shame that young officials are subjected to the most hideous abuse from players, parents and spectators on a daily basis. But the worst thing about the current situation is the FA’s apparent refusal to take the issue seriously.

Ryan said the meeting with the FA at Wembley recently was “unproductive”, as the game’s governing body is simply unwilling to take the drastic steps required.

The FA Must Do More

Make no mistake about it: the grassroots game in England is at a major crossroads. Unless decisive action is taken to protect our exposed football officials, participation levels will soon start to plummet — and that will be catastrophic, both socially and in terms of the health of the national game.

There are countless examples of abuse and general bad behaviour at grassroots football matches in England — some of it criminal. Just a few days ago, and under-18 match between AFC Telford United and Saffron Dynamo was abandoned after a mass brawl involving both sets of players.

To put our young referee’s in the middle of this lawless behaviour — without any support from the local FA, the police or anyone in authority — is bad enough. But to do so little in terms of punishment is unforgivable. If you were a young, unpaid referee, would you want to put your safety in jeopardy when one of the most powerful sports governing bodies in the World simply refuses to back you up?

Not Just an English Problem

While this issue is becoming a major problem in England, other countries are not immune to it. A mass brawl erupted in Majorca recently during an under-12 football match. Parents from both teams became embroiled in a violent encounter that landed several people in hospital. Incredibly, several children were caught up in the middle of the fracas.

The FA is directly culpable for the current situation. Its failure to protect referees, and its apparent apathy towards disciplining players and clubs who play a part in abuse should not be allowed to continue. The government is already threatening to legislate in order to force reform at the FA. If the governing body fails to act after the recent strikes, that reform can’t come soon enough.

But despite all the gloom and doom surrounding the FA’s performance on this serious issue, there is finally some positive news to report. According to The Telegraph, the FA is making preparations to implement a scheme that would see grassroots referees wear body cameras for the first time.

However, we will need to wait and see on this issue, as the FA has a chequered history in tackling the issue of abuse towards match officials. Despite publicly announcing support via the Respect campaign, the FA dispensed with the director role for the campaign during a 2015 restructuring programme.

Ryan Hampson is a brave young man who is fighting for the future of our game. Although his efforts have had mixed results in the corridors of power at the FA, his local Manchester FA has been more forthcoming with initiatives. There have been promises of more police involvement, as well as mentoring programmes for officials who have been physically abused.

An incredible 94 percent of grassroots officials in England experience verbal abuse on a regular basis. More alarmingly, one in five has been physically assaulted whilst discharging their duties on the pitch. This is a widespread problem that has cultural undertones — and it needs to be tackled head on.

Respect needs to start at home, and parents need to lead by example — whether they’re watching pitch-side or guiding their children through the early stages of a football career. But when bad behaviour does happen, it needs to be dealt with swiftly and harshly. Until we start to provide our brave grassroots officials with the support and protection they need, community football in England will suffer.