Can 'Retain the Game' Reverse the Trend of Adult Males Leaving Grassroots Football? 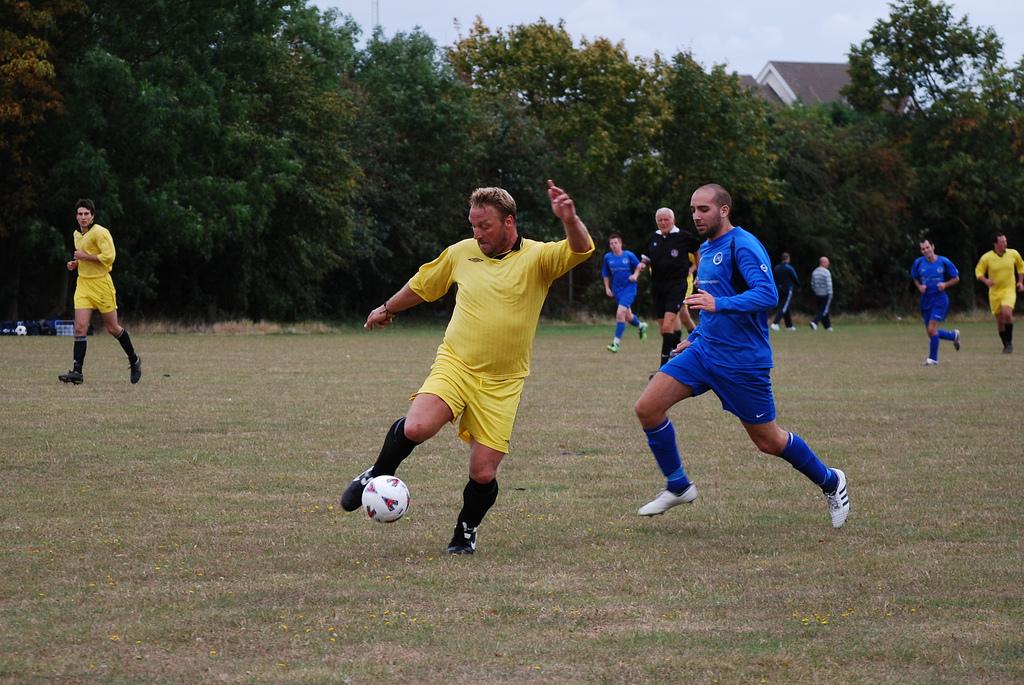 After several years of relative inactivity in grassroots football, the government, the FA and various governing bodies are finally taking action to halt the decline in participation levels.

A combination of poor facilities, a lack of pitches and a nationwide dearth of coaches has forced many young people away from the game over the last 20 or 30 years. But while there are now several grassroots initiatives aimed at children and young adults, other age groups have been neglected a little.

But the Football Foundation aims to change all that with its latest initiative — ‘Retain the Game’. Aimed specifically at adult male teams, the scheme is all about halting the alarming trend of adult team and club closures across England.

Local clubs, pubs, fitness centres and community projects have always played a significant role in English grassroots football. Some say they are the lifeblood of the adult game. But a lack of funds and ever-decreasing playing surfaces have led to dwindling participation levels across the country.

‘Retain the Game’ involves a number of helpful initiatives, but perhaps the most significant is the £750 grant that will be available to clubs. To qualify for the money, the club must already have an adult male team. The money can be used to pay for training venues, pitch hire, football training equipment, First Aid courses and anything else that is part and parcel of running a male adult football team.

Applying for ‘Retain the Game’ Funding

Before you make an application for your club, it’s important to check that it’s eligible. You must operate at least two adult male teams from under-17s upwards. Your club must also be in receipt of the FA Adult Charter Standard Award. However, you might be able to join if your club has made a commitment to become FA Adult Charter Standard during the 2018/2019 season. The Football Foundation is only accepting one application per club.

If you’re a larger club, there’s a chance that you can have your application fast-tracked. Your club will be given priority if it has three or more adult male teams, has been in existence for at least five years or plays in a league that employs full-time players, coaches or staff.

Unfortunately, this scheme is rather limited in its scope. Only traditional, all-adult male teams playing the full-size version of the game are eligible. This means walking football teams, disabled teams, futsal teams, university teams and small-sided teams aren’t allowed to apply. Newly-formed teams are also excluded. But as there are already nationwide funding initiatives in place for these other forms of the game, these exclusions seem fair and proportionate.

What Can the Grant Be Spent On?

While there is a degree of flexibility in this regard, the ‘Retain the Game’ grant is designed to be spent on the hire of pitches and training facilities, First Aid courses and the purchase of football equipment. However, the scheme is being delivered in association with Nike, so this part of the funding comes in the form of a £100 Nike voucher.

How is the Money Paid?

The main grant is split over two years. Adult Charter Standard clubs receive £500 in the first year, while those clubs still trying to achieve the statue receive £250. In order to release the second year’s funding, clubs must provide proof of related expenditure.

The onus is very much on the coaches and staff at each club to ensure players are persuaded to continue playing. Failing to meet retention targets will result in the second year’s payment being withheld. Clubs will have to create constructive and enjoyable environments, which includes providing better training and facilities.

Whether or not the Football Foundation’s latest initiative can work is yet to be seen. However, it has to be said that clubs are being forced to jump through quite a few hoops when it comes to getting what is a relatively modest grant. What happens, for instance, if a couple of players leave through injury? It is right that the smallest clubs are most likely to miss out on funding?

Let’s be honest: £500 in year one of the scheme isn’t going to go far. Local clubs need practical help with finding pitches, training facilities and coaches. Pitch fees are higher than ever, and decreasing in number every year. £10 a week will barely cover the half-time oranges.

Any money for local teams is, of course, welcome. But surely any money in the coffers at the Football Foundation would be better spent on upgrading community facilities and installing more pitches. The initial scheme lasts for two years, so it will be quite some time before we know whether it’s made a difference to participation levels.