Can the FA Stop English Teenagers Giving Up Football Prematurely? 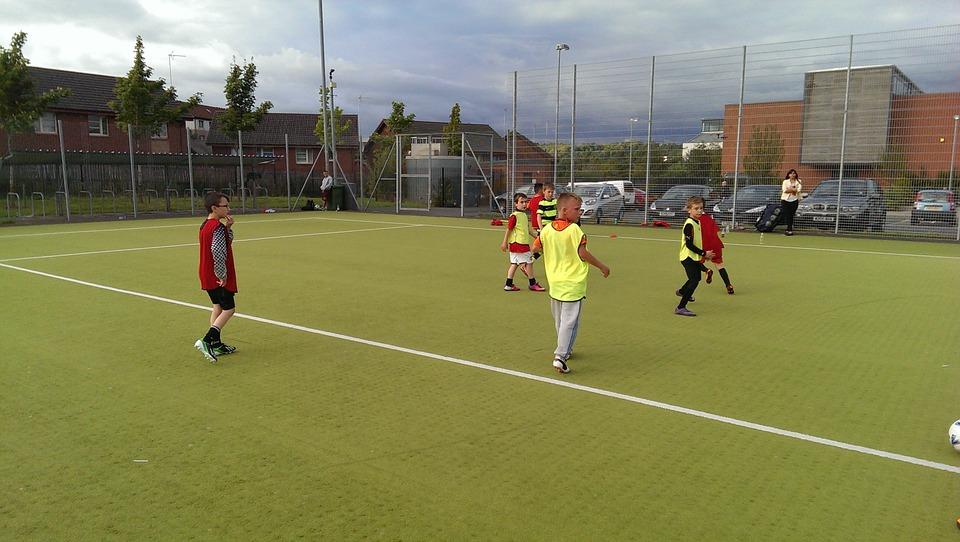 The huge riches that await the very best young footballers in England are beyond the wildest dreams of most. Worldwide fame, untold riches and the opportunity to do something they love for a living can be attractive pull factors to the game for youngsters.

For many children - and their parents - the prospect of not making it to the big time is as devastating as it is demotivating. A growing number of children in England are simply saying ‘what’s the point?’ when they’re told during their early teens that they won’t make it as a professional.

There is a huge spike in the number of children quitting all forms of football during the ages of 14 and 17 - something that is bad for both the game, social mobility and the health of the nation.

In an attempt to reverse this alarming trend, the FA is running a campaign to catch these kids before they leave the game forever. The FA Vauxhall Youth Programme is aimed at children between the ages of 12 and 18, and it seeks to tackle the main reasons for youngsters hanging up their boots prematurely.

Why do teenagers give up football?

Society has changed hugely over the course of the last 40 or 50 years. There are so many relatively new demands on our children’s spare time now - and football increasingly plays second or third fiddle when it comes to priorities. Many children are being forced to prioritise their time, and playing football regularly is often sacrificed as a result.

Others are pressurised out of the game they love because of the increasingly competitive nature of football in England as children get older. Rather than struggle to keep up with the more gifted or fitter players, they give up and spend their spare time on less stressful pursuits.

Some children struggle to cope with the demands of juggling increasing responsibilities at home, school work and a social life. There is often very little time for football in the average child’s life these days, and the spare time that is available is often spent on 21st-century leisure activities such as social media and gaming.

The issue of decaying facilities and poorly maintained football pitches is another reason for the exodus of young footballer from the game. Impossible playing conditions, rotting clubhouses, non-existent changing facilities and chronic underinvestment are pushing children away from community football before they’ve had a chance to shine.

Perhaps the most depressing reason for teenagers giving up football is the realisation that they won’t make it to the promised land of the Premier League. Rather than enjoy many years of playing in the lower leagues, they leave the game altogether.

These problems seem to affect young British players more profoundly than they do their European counterparts, which may be one of the reasons why England’s national team has lost so much ground recently.

The FA Vauxhall Youth Programme has been developed to address these issues and keep more teenagers in the game.

What is the FA Vauxhall Youth Programme?

Vauxhall Football Champions are local retailers that support local leagues and grassroots clubs with financial help - usually by providing football kits. These local retailers work with the FA and the Community Kit Programme to identify those most in need of help. A relatively simple item of inventory like a football kit should be taken for granted by youngsters these days, but all too often children are forced to provide their own.

The Football Mash Up programme is aimed at children aged between 14 and 17 who are about to leave the game, or who have already left. FA coaches attend after-school sessions in local sports centres to give these children the one-to-one coaching they’ve been missing out on. However, the priority is to inject an element of fun back into the game - and ultimately change young minds.

Clubs with Charter Standard status receive regular visits from FA coaches as part of the FA Vauxhall Youth Development Review. Club coaches, children and parents are taught the basic principles of the Youth Development review. It is hoped that this initiative will inspire youngsters, local coaches and everyone involved in community football to strive for excellence in every aspect of the game.

The alarming trend of youngsters leaving football for good is showing very few signs of being reversed. But we can all take a crumb of comfort from the fact that the FA has acknowledged that the problem is serious. If the momentum and funding behind this FA programme continue, there could be a very bright future ahead for youth football in England.