Can the FA’s Pitch Improvement Programme Halt the Decline in Grassroots Football? 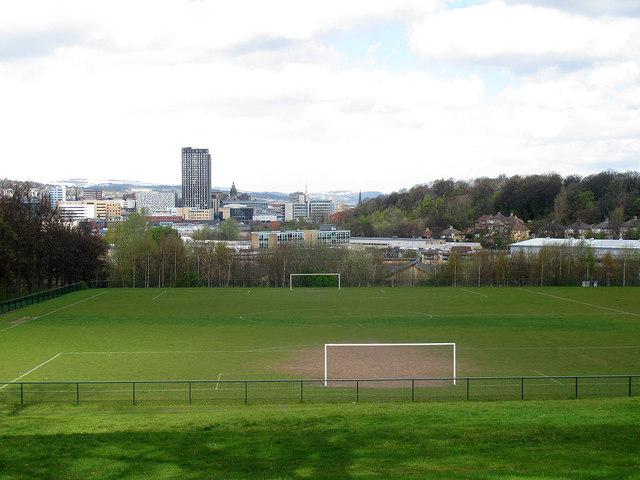 At the end of 2015, the FA conducted the biggest ever survey into the state of grassroots football in England. Although there were many issues raised by people involved in the game, the overwhelming complaint related to the state of municipal football pitches.

More than 80 percent of grassroots football matches take place on pitches run by cash-strapped councils. Yet the FA has already slammed the state of publicly owned playing surfaces - publicly stating that they are in an ‘abhorrent state’.

But it is clear that improving facilities throughout the country could get people playing again. Around a third of respondents in the FA’s survey revealed that they would play more football if they were satisfied with the condition of the pitches being used.

Too many times, the FA and other decision makers in the game have commissioned surveys and then simply ignored the findings. This time, however, it seems that FA has taken steps to put things right. The FA has committed to investing £260m in grassroots football over the next four years. And part of this initiative will be a new ‘Pitch Improvement Programme’.

Separate from a drive to build 4G pitches across England, the Pitch Improvement Programme (PIP) is about improving existing grass pitches. The PIP is being aimed at grassroots clubs, local authorities and regional FAs - providing practical advice and support to volunteers and groundsmen.

Part of the problem relating to the condition of grass pitches in England relates to the knowledge and training of the people charged with maintenance and improvement. The PIP will include measures to develop the skills of these people through a series of regional seminars and workshops.

An initial £8m will be designated for this latest initiative. However, it’s worth noting that the funds won’t be used for the replacement of existing pitches - rather education and training.

The FA’s strategy to improve participation levels in grassroots football is now taking shape. As well as the PIP, £36m is being spent on improving local facilities such as changing rooms and club buildings.

In conjunction with the Premier League and the FA Facilities Fund, the Football Foundation will spend tens of millions over the next four years on the building of so-called football hubs. This multi-pronged approach to the growing problem of declining participation will make a difference, but will it be enough to reverse the worrying trend of young people leaving the sport?

The FA’s Director for Participation and Development seems to think so.

“Last winter we asked people from across grassroots football what they felt would make playing football better.

“Nearly 30,000 people gave us their view, yet among the vast majority the answer was remarkably similar: supporting clubs to improve their pitches.

"We have committed to investing a total of £260 million in addressing the problem of poor quality facilities and improving grassroots coaching by 2019.

"In addition to the PIP, we are now a heartbeat away from the start of our groundbreaking football hubs project with the pilot initiative set to go live in Sheffield this summer."

More than £1million had been spent on improving pitches as part of a pilot scheme before the official announcement. As well as education, the programme involves monitoring the state of existing pitches and developing proactive maintenance strategies with owners - the majority of which are local authorities. The early results have been promising, which is why the FA is committing so much time, effort and money to the scheme.

There will be two strategic partners involved in the PIP from the outset. Rigby Taylor and Redexim Charterhouse will supply discounted materials and support training workshops throughout England.

While the news of investment into local pitches is welcome, it won’t address the continuing deterioration in British weather. With experts predicting significant increases in annual rainfall, the need for more artificial pitches simply can’t be underestimated. While £8million now for grass pitches is welcome, will that really have an impact 10 years down the road? Who will train the next generation of groundsmen and volunteers? And is it time to start investing in more artificial playing surfaces?

Education is all well and good, but local councils just don’t have the money to spend on the man hours and raw materials needed to properly maintain public pitches. Relying on the goodwill of volunteers - who will need to learn the necessary skills - is not a long-term, strategic approach to the problem. With more and more people leaving the grassroots game for good, will there be enough volunteers around in a decade’s time to do the heavy lifting of pitch maintenance?

Only time will tell.