Can the PAPA Scheme Get More Teenagers Playing Football in the UK? 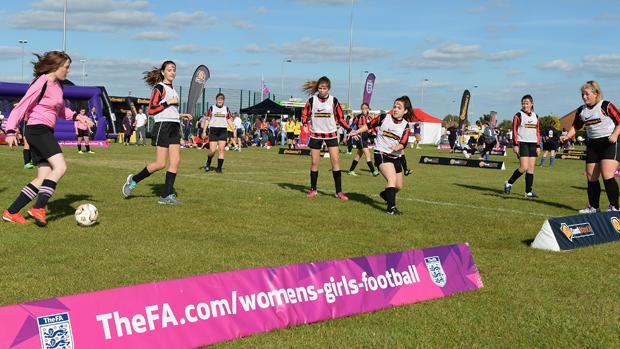 All of the greatest footballers the game has ever produced started on the road to success with something very simple — a love of the game. Before Lionel Messi signed his first professional contract, he simply loved to play the beautiful game. Yet all too often, this love and passion for football is superseded by other factors.

For some, a lack of facilities and playable pitches inhibits enjoyment. For others, a destructive culture of bullying and winning at all costs gets in the way of fun. But there is evidence to suggest that the more youngsters enjoy their football, the better they’ll become.

Of course, not every child who enjoys their football is going to make it to the top. But a child doesn’t need a professional contract to get something out of the game. Football promotes teamwork, social cohesion, hard work, fitness and a positive outlook on life. But everything starts with enjoyment.

The European Union has embraced this philosophy in the form of its Promoting Adolescent Physical Activity (PAPA) campaign. The scheme is dedicated to the enhancement of health and wellbeing among adolescents. And the primary aim is to make sport more engaging and enjoyable — through a theory-based coaching programme.

Funded by the European Commission, PAPA is a collaborative effort between health professionals and sporting leaders in Spain, France, the UK, Norway and Greece.

According to PAPA’s own website, the goal is to help grassroots coaches “foster quality motivation”. Representatives from the PAPA scheme travel Europe, meeting with coaches to provide them with strategies for empowering young people in the sporting arena.

PAPA aims to improve the health of adolescents and young adults through the promotion of physical activity. As well as improving fitness levels and reducing instances of obesity, the initiative also aims to reduce substance abuse among teenagers and young adults.

Although the scheme uses sport in general to achieve its aims, football plays a leading role. At present, more than 80 teams are involved, along with in excess of 1,000 10 to 14-year-olds. PAPA is endorsed by all of the national governing bodies of the five nations taking part, including England’s FA.

Changing the culture of sport

A lot of children report negative emotions when taking part in organised sport. Some kids obviously aren’t as talented or as fit as others. And when they can’t compete, sport — and in this case football — suddenly becomes a chore… something to dread.

Part of the PAPA project is Empowering Coaching. This branch of the PAPA scheme aims to reach out to coaches, and give them the skills required to make sport a force for good — for children of all abilities and physical attributes. Kids should have a say in how their football time is spent. Coaches need to know when to step back, and when to intervene in order to ensure sport can be enjoyed.

And this is all a fine balancing act. After all, most children who play football regularly strive to reach one of the great leagues of the world. Developing skills requires hard work, dedication and lots of repetition — which aren’t always conducive to enjoyment. The PAPA scheme has proven that it’s possible to deliver high standards while keeping children motivated and included.

Research has shown that self-determination plays a significant role in a person’s development. Young people need to be involved in their own development, otherwise they often lose interest. After all, no one likes to be told what to do without context or an idea of why.

This EU-funded scheme has delivered excellent results thus far. However, it remains to be seen what will happen to the UK’s involvement during the post-Brexit era. But for now, children in the UK are being taught that hard work on the training pitch can be fun — and that has to be good for the future of grassroots football in this country.