Can the Relaunch of the FA’s Respect Campaign Avert a Nationwide Referee Strike? 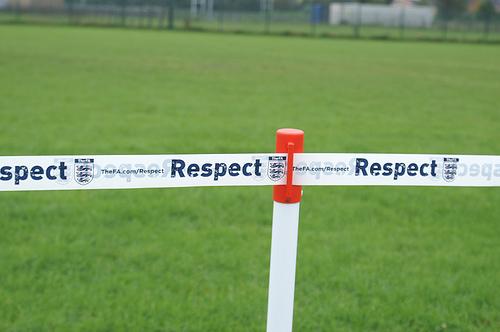 The behaviour of some players and parents in grassroots football has been a major cause of concern for many years now. But over the last decade or so, the situation at youth level seems to have become worse — despite the existence of the FA’s Respect campaign.

So bad has the problem become, grassroots referees were planning to strike on the weekend of March 4th and 5th 2017. A social media-inspired campaign for further industrial action is also gathering momentum, and it seems the FA is finally taking notice. And while, for now, the strike has been cancelled, action in the future has not been completely ruled out.

Respect has lost its way recently

While the Respect campaign enjoyed some early successes after its 2008 launch, it has become something of a dead duck in recent years. The FA has failed to capitalise on those early wins, and the entire movement has simply run out of steam. Save for a few posters here and there, grassroots football has been neglected by the campaign and the FA.

When anything like this hits the headlines, we are immediately bombarded with statistics and numbers. To fully understand the issues referees are facing, however, it’s good to look beyond the figures and delve into real-life experiences.

Ryan Hampson is only 18, and after just a few months as a referee, he has already been spat at, punched and head-butted. Since issuing a plea for solidarity via Facebook, Hampson has garnered support from nearly 700 referees across the UK — all of whom are prepared to strike if the situation doesn't improve.

The fact that so many FA-approved referees are now prepared to take such drastic action should be a wake-up call to the FA. The very fabric of our community game is under threat. These disgusting assaults will not only keep young referees away from the game, they will stop young kids from taking up the game.

Hampson talked of how he felt alone and isolated after being abused and assaulted so many times during his short career. But to the credit of this young man — who’s only been an adult for a matter of months — he hasn’t hidden away or threatened to hang up his boots. Instead, he has joined forces with the Manchester FA to improve the situation. He has also become an ambassador for national charity Ref Support UK.

The FA needs to change its approach to abuse

The FA have tried to intervene to put a stop to the proposed strike, but Hampson and his colleagues remain resolute. Unless more is done to protect referees, the strike could still take place before the end of the year. However, talks are still happening, and amongst the plans being discussed are giving referees the same protection afforded to spectators and lifetime bans from the game.

There are plans to regularly send emails and letters to local clubs to warn them of the consequences of abuse directed at match officials. Hampson is also insisting that referees who have been assaulted or abused are provided with welfare support within 24 hours of an incident taking place.

During the FA’s recent power struggles and restructuring debates, the issue of respect towards grassroots officials has almost been forgotten. Instead, the focus has been on the England national team and the quality of young English players coming through the ranks at professional academies. While these issues are important, the very future of our game depends on kids taking up the game — either as a player or as an official. If participation levels continue falling, clubs, academies and the Premier League itself will eventually experience the consequences.

The FA need to accept responsibility for taking their eye off the ball in recent years. During Greg Dyke’s reign, Dermot Collins was the man in charge of the Respect initiative. But during a restructure, his roles and responsibilities were simply tagged onto another employee’s job description. What kind of message did this send to the hundreds of referees up and down the country who fear for their personal safety every time they step out onto a pitch?

Following a reassessment order by FA director Kelly Simmons — who was put under immense pressure by County FAs — a new post of Respect manager was created. It remains to be seen whether the upcoming relaunch will appease the 1,000 grassroots referees in England who plan to withdraw their services in March.

Make no mistake; this is a crisis that could have repercussions for decades to come. For too long, the issues being faced by referees on parkland and playing fields every weekend, throughout the UK, have been brushed under the carpet. Only the FA can make the long-term, root-and-branch changes needed to protect match officials and encourage more to take up a hugely important career in refereeing.
If football’s governing body in England can’t protect children and young adults from the most despicable forms of abuse, the future of the game in this country will be very bleak indeed.

A range of football respect barriers are available from our website.