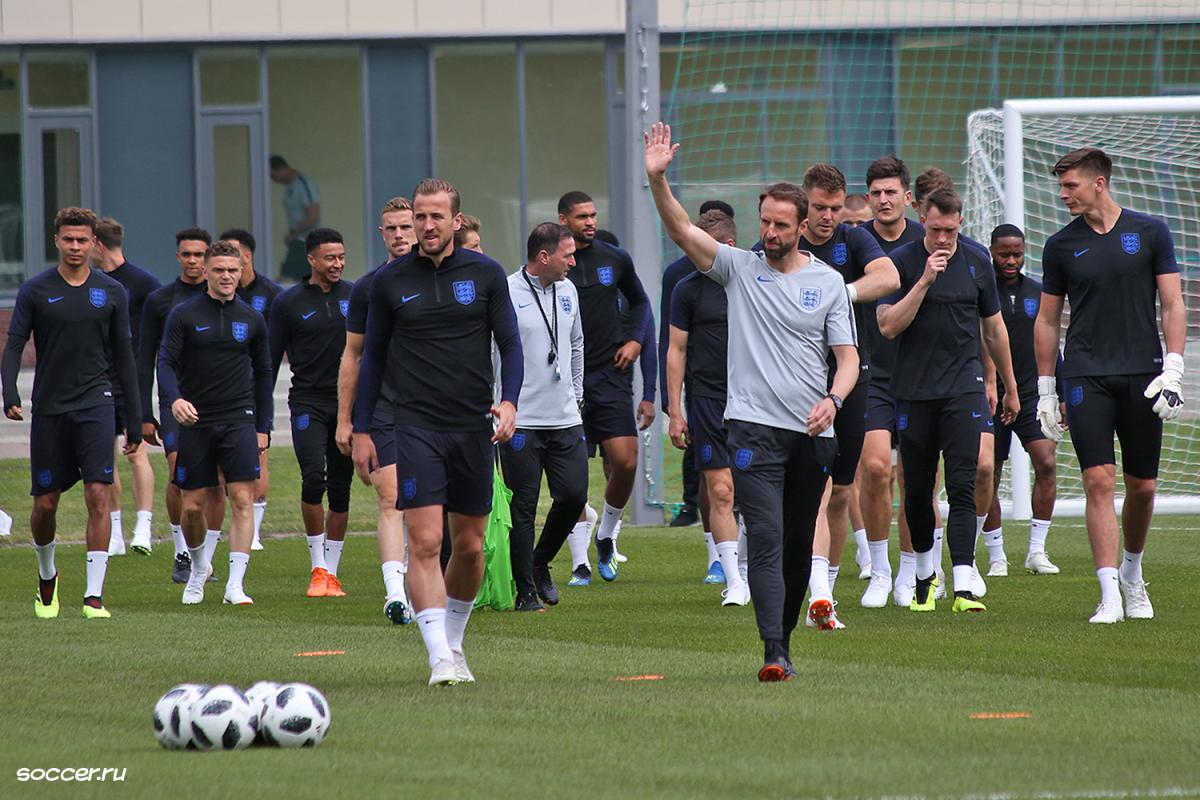 Regardless of what you think about England’s performances in the 2018 World Cup, there’s no doubt that this run is capturing the imagination of the country. Politicians are talking about the team in Parliament, airline captains are announcing results at 30,000 feet and throngs of fans are enjoying beer baths in open-air “World Cup zones”.

There’s magic in the air, and in relation to the grassroots game, it’s pure gold.

Take the Panama game, for instance. Around 21 million people watched the game — or 83% of all the people watching TV in England at the time. Yes, England were taking on the minnows of this year’s World Cup, but they were sending a message. After two massively disappointing World Cups, the nation could look forward to at least one knockout night to remember.

Gareth Southgate knows how important it is to make the England team accessible and connected. He knows that a nation wins a World Cup, not just the 23-man squad. And by opening up the camp to the press (and ultimately the fans), the former Crystal Palace centre-back has made the average person fall in love with the national team again.

I’m writing this on Friday 6th July — the day before England’s quarter-final against Sweden. Who knows? The dream could be over in a matter of hours. But a last-eight exit wouldn’t detract from what has already happened.

There is now a generation of youngsters (aged between four and 14) who will never forget the summer of 2018. The longest heatwave in 42 years combined with an avalanche of national pride will leave a lasting impression on these kids — and become the catalyst for several successful careers in World Cups to come.

English football is finally on the right track

England don’t need to win the World Cup in 2018 for it to be a successful tournament. They don’t even need to reach the final. Regardless of how they’ve performed in a technical sense, they’ve already inspired millions. And this is clearly evident in some very telling statistics published in The Telegraph this week.

Out of all 32 teams competing in the finals, England has the highest number of players competing in their own domestic league. In fact, all 23 of England’s players play football in the Premier League. Russia is second with 21, and Saudi Arabia is third with 20.

Compare these statistics with those of Senegal and Sweden — neither of which boast a single player who plays in the country’s own domestic league.

Of course, the Premier League is the world’s richest domestic football competition, so it’s only natural that most national players ply their trade there. But this statistic shows just how strong the link is between all levels of the English game — from the grassroots to the World Cup.

The evidence of future success is already there

England have won two World Cups in the last two years — the Under-20 and Under-17 versions. It seems that the work being done at grassroots level is finally bearing fruit. The FA and Premier League Facilities Fund, the Charter Standard Programme and various other initiatives have had their doubters in the past, but perhaps they’re actually working.

And it’s not just the game’s governing bodies that are doing their bit; the professional clubs are finally realising the benefits associated with developing homegrown talent… and actually giving it a chance at the highest levels of the game.

Huw Jennings was the man at the helm of Southampton’s academy for so many years, and he nurtured the likes of Adam Lallana and Gareth Bale to international stardom. He’s now in charge of the youth set-up at Fulham, which is widely regarded as one of the best academies in England.

Jennings surprised a lot of people in the English game when he revealed that the English youth system is increasingly being used as a benchmark.

He said: “Our structure is envied by many of our European counterparts and they are looking more and more to what we are doing.

“I see a yearly improvement. The imagination of the young players has never been higher.

“Where we have seen a radical change in the last eight to 10 years is a whole block of teams doing better in international youth tournaments.

“What we called the ‘golden generation’ barely played in those. The group in Russia is more used to tournaments.”

And Southgate’s appointment has been a crucial piece of the World Cup puzzle for England. Not only did he play for England in these tournaments, he went through the agony of missing a crucial penalty. He came back from that, and uses his experience to help others.

And the England manager knows a lot of these players from the Under-21 squad. There’s a system in place that we’ve never had before. Young England players are rising through the international ranks together — and they’re not shackled by the pressures of club rivalries in the way they used to be.

After Tunisia, the England squad has the fewest number of international caps of all the teams in the World Cup. This is a young and hungry side, and they’re proving that experience isn’t the be all and end all of success.

It’s not all good news, however. Kenny Saunders warned us of a crisis in grassroots football. His “Save Grassroots Football” campaign aims to get the government to force the Premier League to pay 5% of its television revenues to grassroots projects around the country.

The £400 million raised would be used to build new pitches and facilities, as well as to help small community clubs pay their bills. Make no mistake: some of the football facilities in England are nothing short of a disgrace. But things are improving; the message is getting through. And to force the Premier League (a private entity) to pay a huge levy may be counterproductive.

You see, it’s because there is such as strong link between every level of the game in England that things are finally improving at both ends of the spectrum. Progress is being made; albeit not nearly fast enough. But things are changing because all of the interested parties are working together.

If the Premier League continues to invest in community football at current levels, that will be more than £1 billion going into the grassroots game over the next decade. And this is surely the next step: consistency, sustainable increases in funding and a continued environment of cooperation and collaboration. It’s working, admittedly more slowly than anyone would like. But let’s not rock the boat too much.

You might be impressed with this new crop of England stars making history in Russia — but you ain’t seen nothing yet.