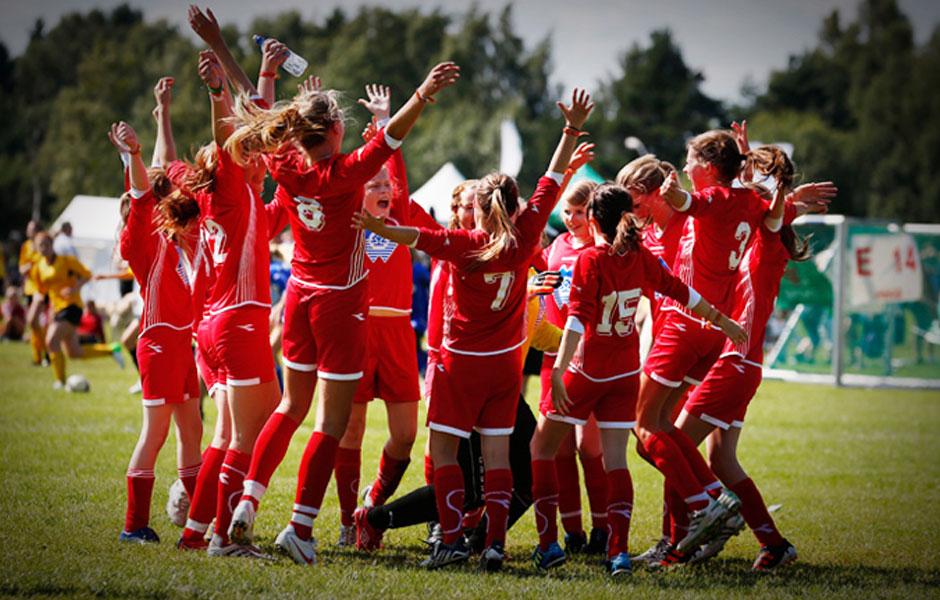 Some youngsters need to see first-hand the joy and excitement football can generate before they can be persuaded to take up the game. So when it was announced that the inaugural Grassroots International Youth Football Festival was coming to Glasgow in July 2016, local coaches must have jumped for joy.

The Scottish capital will host the hugely prestigious international tournament on July 2nd and 3rd - and demand for the right to participate is expected to be very high.

The Grassroots International Youth Football Festival is expected to be a celebration; not only of football, but of cultural diversity. Teams from the UK, Europe and the rest of the world will compete for glory as thousands of fans watch on.

The focal point of the festival will be the 11-a-side International Cup, which will pit children born between 1999 and 2003 against one another in five different age categories. Teams from southern Europe, Scandinavia and Africa have already paid their £200 registration fees, so the festival will undoubtedly have an international flavour to it. And an International Pro Youth Invitational Cup will showcase some of the most exciting up-and-coming footballing talent from around the world.

Boys aged 11 and 12 and girls aged 11,12 and 13 will get the chance to compete in the 7-a-side International Cup, which will take place alongside the 11-a-side competition over the course of the two-day festival.

This celebration of football is being marketed as an experience, rather than a mere sporting competition. Participants will get the chance to see a bit of Edinburgh, and learn about different footballing customs from around the globe. Make no mistake; there will be some serious footballing action to watch - but the overriding atmosphere will be one of fun, education and personal growth.

A range of great facilities

Both participants and fans can expect an ‘Olympic Village’ feel to the festival venue - which will be the University of Edinburgh’s Sports Complex. There will be five 11-a-side pitches - one of which is to be designated as the ‘Finals’ pitch. Six 7-a-side pitches will be available, ensuring that no teams are forced to wait around to get into the action.

Major announcements, entertainment and award ceremonies will take place on a main stage. And anyone waiting for their team to kick off will be able to spend some time enjoying fairground rides at the festival’s very own theme park. A designated training tent will help competitors stay match-ready, and a lifestyle tent should give everyone some very important health tips to take home with them after the last ball has been kicked.

Of course, Euro 2016 matches will be kicking off throughout the event, so organisers have laid on a Euro 2016 tent - where anyone will be able to watch the action on a big screen. There’ll even be a food court providing a range of refreshments to players, coaches and spectators.

Leaving a legacy for local youngsters

This inaugural festival was inspired by the incredible success of similar youth tournaments in Norway, Denmark and Sweden, and co-founder David Walthall believes it will rank as one of the world’s most popular and exciting grassroots events.

“It’s been a huge dream of ours to bring this event to Scotland and we are so incredibly proud that we’re able to launch it here in Edinburgh today.

“After experiencing some of the best youth football festivals across the globe, we are passionate about creating a world class event here in Scotland for footballers, fans and families up and down the UK.

“The Grassroots International Youth Football Festival will be a mixture of high-quality football on the pitch, and world-class entertainment off it.”

The importance of this particular festival simply can’t be overstated. Many children in the UK already have a negative impression of what it means to be involved in grassroots football; one of decaying facilities, waterlogged pitches and angry parents.

People from around the world coming together to play football in such a positive environment can only rub off on local youngsters. If more festivals of this ilk can get off the ground around the country, participation levels amongst our youngsters just might go through the roof.

Tickets for the Grassroots International Youth Football Festival are now on sale, and start from just £5 for children and £10 for adults.