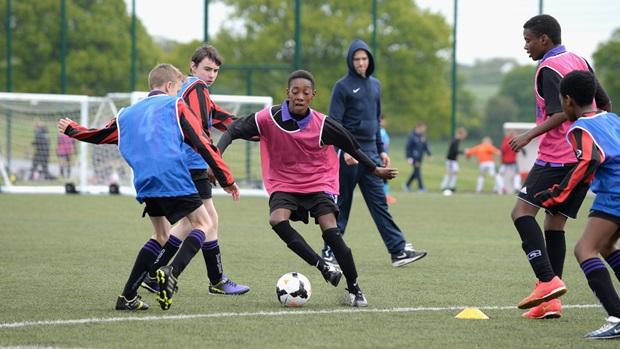 Following intense pressure to improve participation levels in football throughout England, the FA has undertaken its largest ever survey into the grassroots game.

One of the main causes of plummeting participation levels in England is the state of local pitches, club houses and training facilities. And the results of this huge survey have demonstrated just how passionately people feel about the issue.

Nearly 29,000 people were asked a range of questions related to every area of the game. Players, coaches, administrators, officials and volunteers responded to the online poll in October, and the results were interesting to say the least.

Not all bad news

Thankfully, there are reasons to be optimistic about the future of grassroots football in England. More than three quarters of respondents said they were planning to either maintain their current commitments to the game or increase them during the coming year. And more than half said that football is still the most ‘value-for-money’ sport available to them.

The availability of pitches is a major concern

The biggest cause for concern amongst respondents was the availability of pitches - or lack of them. A combination of a pitch shortage and bad playing surfaces is putting people off playing, and that could have consequences for the future of both the domestic game and the nation’s health.

One of the most surprising findings to come out of this survey was the fact that players with access to good facilities wanted to play up to 25 percent more. Conversely, players forced to play on sub-standard surfaces are contemplating cutting back on their football during the coming year.

Around 83 percent of football pitches in England are owned by local councils. With most councils struggling to make ends meet amid unprecedented spending cuts, it is no surprise that many pitches lie in ruin. The players forced to play on these pitches play, on average, 21 percent less than the national average.

The survey also highlighted an alarming dearth of quality coaching in England. Respondents aged under 15 responded quite favourably to questions about coaching; however, responses deteriorated the older respondents were. Those who couldn’t access quality coaching were more likely to consider quitting the game than players who could.

There was also disenchantment amongst respondents when it came to quality coaching courses. Not only was there a general feeling that the availability of courses for coaches was too limited, there were also widespread concerns about the effectiveness and value for money of FA-accredited coaching schemes.

Only one in five respondents said they felt supported in their development as a coach, which is a worrying statistic given that England already has a chronic shortage of talent in this area. However, the FA’s new network of County Coaches is being tasked with supporting the ongoing development of young coaches in their own communities. It will be interesting to ask the same question again in three years time - after the FA’s initiative has had time to bed in.

More diversity at the grassroots level is needed

Also part of the FA’s scheme to drive standards in coaching is a bursary initiative, which will help women and people from ethnic backgrounds to realise their dream of becoming a football coach. The FA’s survey revealed that the woman’s game continues to set the grassroots standard in terms of rising participation levels - so it is only right that more female coaches are brought into the fold.

It is clear that the state of footballing facilities in England is the number one concern for people involved in the game - and why participation levels are still declining. The FA’s National Game Strategy is trying to address the issues with a range of initiatives - all funded by a £260 million budget over four years.

But despite the FA’s financial commitment, there is no doubt that far more cash is needed to reverse the worrying trend of people leaving the game.