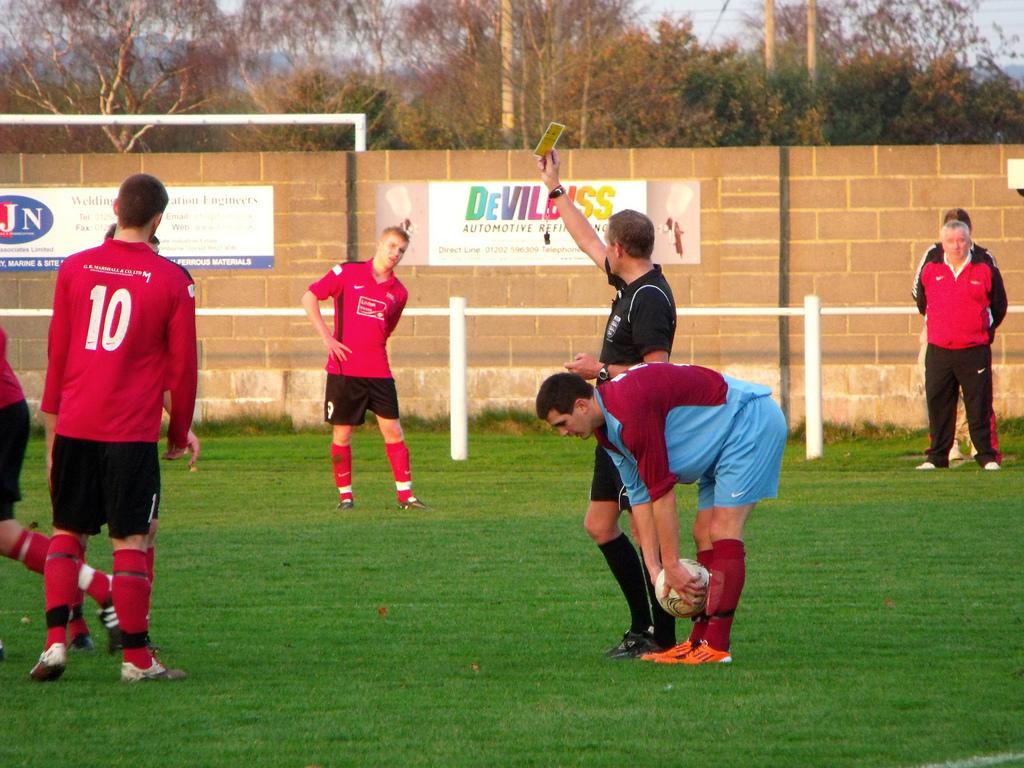 Grassroots referees in England have suffered a torrid time in recent years. Rising levels of verbal and physical abuse have led to thousands of FA referees leaving the game for good. And despite the relaunch of the Respect campaign, England’s match officials came perilously close to a nationwide strike last year.

A major advertising campaign and a new, zero-tolerance approach to all forms of abuse have undoubtedly improved the situation. Unfortunately, some rather unsavoury events in recent months have demonstrated that the grassroots game can still be an unpleasant world for amateur referees.

A recent study conducted by Ref Support UK revealed that 94% of amateur referees in England have been asked not to report red and yellow cards to the local FA. The problem is now so widespread that hundreds of grassroots officials are calling for disciplinary action against anyone who makes such a suggestion.

In many cases, the request to “forget” a card is related to possible bans. However, the fact that there is a monetary fine for anyone who receives a card on the field of play is thought to be fuelling this phenomenon.

If you pick up a yellow card, the FA fine is £10. However, a red card carries a £30 penalty, which must be paid by the player. In a bid to avoid these fines, a growing number of grassroots players are openly asking match officials to omit the offence from the official match report.

How widespread is the problem?

This is the first big survey that has asked match officials this question, so it’s not yet clear just how serious the issue is. But there’s now a very good chance that the FA will conduct some of its own research.

Former Premier League assistant referee Phil Prosser was asked to forget about a red card during the early stages of his career in Norfolk. Despite committing a very serious tackle, the player approached Prosser in the carpark after the match and threatened him.

Grassroots referees are often an intrinsic part of the communities they serve, and they’re known to the players. In some cases, disciplined players have made it clear that they know where referees live — creating a culture of fear and intimidation.

This attempt to subvert the game takes many forms. It can be a simple case of a quiet “word in the ear” of a referee after the match. But the most serious cases involve violence or threats of violence.

According to Phil Prosser, casual requests are fairly common. He said:

"People actually approach you in the bar or the dressing room and say: 'By the way ref, you're not sending those in?'."

It’s not just the players to blame

Worryingly, 86% of the referees questioned in the survey said that they’d been asked to forget about red and yellow cards more than once. If these percentages reflect what is going on around the country as a whole, there’s a reasonable chance that some referees are acquiescing to these outrageous demands.

But perhaps the most alarming aspect of this issue is the fact that it’s not just players that are applying pressure on grassroots referees. There have been reports of clubs making approaches in an attempt to have bookings forgotten about. These clubs have even offered to increase the referee’s mark for officiating in exchange for reversing disciplinary decisions.

The FA is trying to tackle issues like this one via its Respect campaign, but there seems to be a disconnect between the scheme and the people on the frontline. As a result, Ref Support UK decided to start a helpline for abused grassroots match officials.

After just one month, the helpline had received 73 calls — from scared or abused referees around the country. In just one month, two physical assaults were reported, and dozens of cases involving verbal abuse were highlighted.

In the most serious cases, referees who call the helpline are encouraged to report the incident to the county FA and the police. The helpline staff then follow up the complaint by calling the referee back for an update.

Once again, it seems the FA’s failure to grasp the severity of the situation has left ordinary people to take unilateral action. Referees don’t want to waste their time and energy on nationwide campaigns; they want to get on with the job of officiating. But when their complaints are not taken seriously, and when the FA fails to take the necessary action, grassroots referees are forced to act.

If the FA and Ref Support UK can start working more closely together, perhaps this issue — and the wider issue of abuse — could be eradicated from the game once and for all.