How Football Can Be Used to Tackle Childhood Obesity 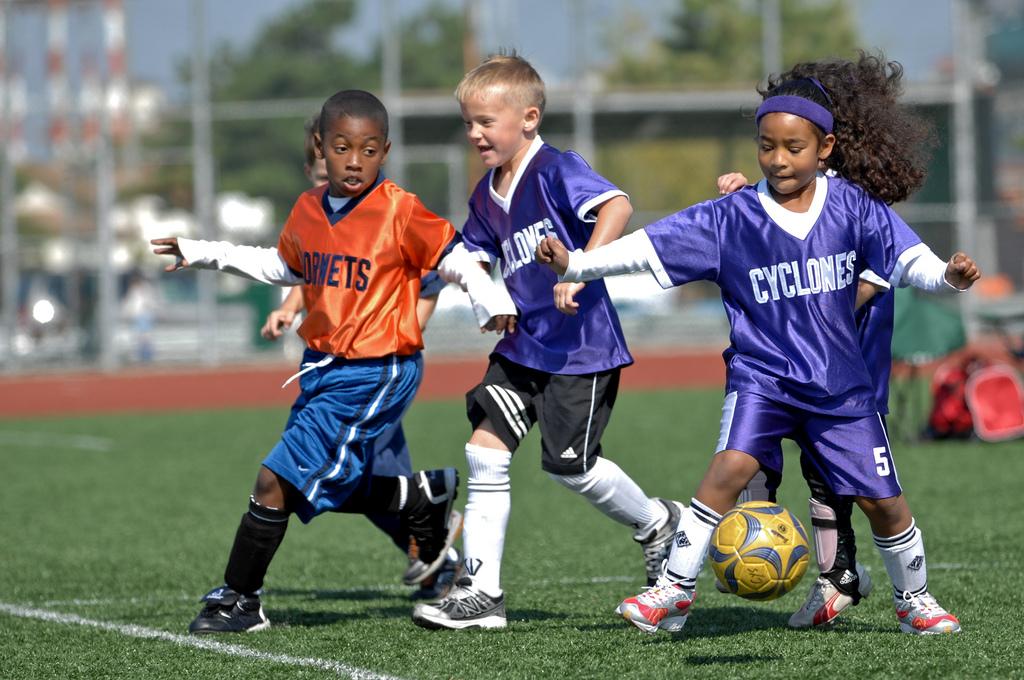 According to the NHS, a growing number of four and five-year-olds in the UK as being classified as officially obese. Nearly 10 percent of these children were classed as obese in 2016. And as children get older, the problem gets worse. A shocking 20 percent of children aged between 10 and 11 were clinically obese in 2016.

There are many contributing factors at play here, but perhaps the most significant is inactivity. Our children are becoming relative recluses — swapping days spent in the fresh air for days spent online and playing video games.

Thankfully, the government and various public and private organisations are starting to take this crucial issue seriously. The UK Government now has its Childhood Obesity Strategy in place, which calls on primary schools to provide children with a minimum of 30 minutes of exercise every day. And the Department of Education has committed to doubling funding for PE and sport in school.

Children’s activity provider Fit for Sport recently launched Health Active Schools Systems (HASS). For the first time ever in the UK, the physical activity of children will be charted every day. HASS will monitor the performance of schools in delivering the government’s requirements on exercise.

An Important Role for Football

As the national game in the UK, football has a crucial part to play in achieving the government’s targets, getting children active again and reducing childhood obesity levels. Already, we’ve seen several initiatives aimed at helping children to lose weight through football. The Wales national team has been used by Sport Wales to inspire youngsters to get in shape. A social media campaign supported by the players has already succeeded in attracting children to the game for the first time.

Several years ago, The Football Foundation teamed up with the NHS to deliver intensive weight-loss programmes featuring organised football sessions. The initiative was called MEND, which stands for Mind, Exercise, Nutrition and Do It! The course was free for seven to 13-year-olds, thanks to a grant of more than £160,000.

Unfortunately, specific FA projects aimed at tackling the childhood obesity epidemic have been few and far between in recent years. The main focuses of the game’s governing body in England has been increasing participation and improving facilities. While this work has been crucial, the FA can still do more to help.

Any Football is a Good Thing

Parents need to know that any football, played regularly, can deliver significant health benefits for their children. If children aren’t keen on taking a formal route at school or with a local club, simply getting out onto local playing fields for a 30-minute kickabout can prove highly beneficial — both in terms of general wellbeing and weight loss.

A study by scientists at the University of Bristol concluded that just 15 minutes of football every day can deliver significant weight loss benefits. This research proves that children don’t need to be playing football competitively in order to reap various health benefits. Children reject exercise because it’s often boring, and takes them away from doing the things they love. But football is fun, and getting involved is often as simple as buying a ball and using a few jumpers for goalposts.

Sadly, there could be unintended consequences of using football as a way of tackling the childhood obesity epidemic. The Obesity Health Alliance recently published a number of recommendations it believes need to be implemented in order to deliver results; one of which involves the sponsoring of sporting events by manufacturers of “unhealthy foods”. If this particular recommendation is ever implemented, it could bring to an end McDonald’s support for grassroots football in the UK.

Football is easily the sport with the highest profile in the UK; it touches the lives of children in a way rugby, cricket and other sports don’t. By making football part and parcel of everyday life for children, the obesity crisis can be reversed.