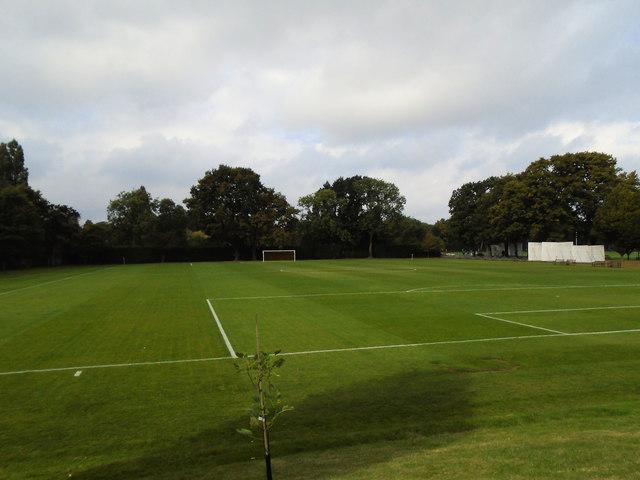 The UK Government’s austerity measures have taken a heavy toll on local authority finances in recent years. Councillors have met the challenge by, among other things, selling assets and slashing costs wherever possible. Essential public services are rightly being ring-fenced from these measures. But initiatives, facilities and land related to sporting endeavours have not.

And the consequences have been devastating to local communities.

The Guardian recently applied for data regarding local pitch closures to be released under the Freedom of Information Act. And the results were shocking. Since 2010, in excess of 700 community football pitches have closed for good. Is it any wonder that overall participation levels are plummeting in the UK?

Make no mistake; this issue poses a very serious risk to the future of the game in England. Sadly, the other nations of the UK aren’t faring much better. More than 100 municipal football pitches have closed in Scotland over the same period. In pro-rata terms, the issue is actually worse north of the border.

Where are the stars of tomorrow going to learn their trade? Where are they going to fall in love with the beautiful game? It surely won’t be too long before only professional and semi-professional clubs have the resources to hire pitches for match days. As the number of available pitches diminishes, the cost of hire increases.

This is an existential threat, and it must be addressed.

The game has never had more money

Perhaps the most heartbreaking aspect of this sorry mess is the game’s current health — at least in England. The Premier League is, by some distance, the most lucrative domestic football competition in the world. England also hosts the world’s most prestigious domestic cup competition.

Transfer fees have rocketed in recent years. For the price of, say, Leicester City’s Harry Maguire, hundreds of local clubs could be funded for a decade. There’s never been more money in the upper echelons of the English game. Yet the grassroots is in crisis.

So why is this happening now? Well, it’s partly down to the need for councils to slash costs and raise funds. Funding from central government has halved since 2010. More and more councils can’t even afford to do the basics, such as cut the grass and clear litter.

As well as neglect from successive governments, the game’s governing bodies have failed to get a grip on the situation. There’s a lot of money for fancy new sports centres, coaching, and the everyday administration of local clubs. But if there aren’t enough pitches to play on, all of these efforts are hopeless.

The professional clubs at the very top of the game don’t seem to be all that scared by the prospect of these pitch closures. They can afford to hand-pick talent from around the world. And that’s a great thing. Football is a true meritocracy that doesn’t care about a player’s race, religion or background.

In 2019, both of Europe’s premier football competitions were dominated by Premier League teams. Four English teams contested two finals. The domestic game has, apparently, never been in a healthier state — at least at the elite level. Sadly, the opposite is true at the grassroots level.

And it’s surely only a matter of time before the national teams of the UK start to suffer. Scotland has already plummeted down the FIFA rankings. And while England’s fortunes have been far brighter in recent years, a scarcity of top talent will occur if local pitches continue closing at such an alarming rate.

Some regions are suffering more than others

As with many areas of everyday life in the UK these days, there’s a regional disparity when it comes to football pitch closures. The region suffering the most is the north-west. This included Liverpool and Manchester, which suffered 164 pitch closures between 2010 and 2019.

Yorkshire has also suffered badly. 76 local pitches have closed during the same period. London lost only 54 pitches. Compare this with the 82 pitch closures in Wales, and the scale of the problem in the UK’s regions is clear.

The government has to step in

Football is important to communities for a wide range of reasons. It brings people together from all walks of life. It gives youngsters something to focus their energies on — stopping them from turning to crime or unsociable behaviour. And it’s a simple, relatively affordable way to keep our youngsters active. Let’s not forget that the country is in the grips of a devastating obesity crisis.

But still the UK Government fails to come up with any long-term solutions or funding plans. More and more playing grounds and municipal pitches are being sold to pay off debt and fund essential services. Invariably, the land is snapped up by property developers looking to make a quick profit.

And it gets worse. The same is happening to school fields and pitches. They’re being sold off to cover big holes in school and education authority budgets. This is a short-term fix that is creating long-term problems. And it’s not sustainable.

Taxpayers’ money IS going into community football. But is it enough? And it is going to the right places. £100m is being spent over the next four years. That’s £25m a year across the four nations of the UK. This level of funding won’t support the purchase of new land for community sports. It’s probably not enough to slow down the current rate of pitch closures.

The UK government, the FAs of each nation, the Premier League, the Football League and all of the game’s partners can’t put the cart before the horse. If there isn’t any money for community football pitches, all the money in the world can’t save the grassroots game.