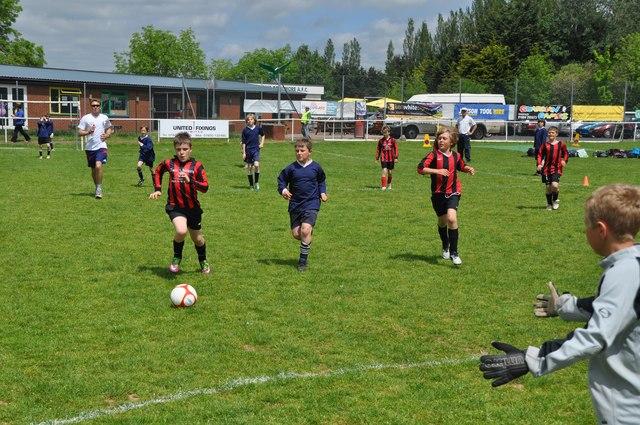 Football is a simple game. It involves 22 players, two goals and a ball. And when it’s done right, it’s a beautiful thing. The vast majority of resources and skills within the grassroots game have to be spent on the players and the people who look after them. But there’s a bureaucracy in the game that is diverting funds away from where it’s needed most.

The Telegraph newspaper has been running a campaign to reduce the bureaucracy in grassroots football — and the paper’s efforts may finally be paying off.

Earlier this year, the FA finally acted to reduce paperwork and red tape by launching a new smartphone app. Available for free from Apple and Google’s app stores, the app makes it easier than ever for players to pay their fees.

Even today, the vast majority of subs and fees are paid in cash. This involves players handing over money to club officials before matches or during training sessions. This creates a layer of administration that most grassroots clubs can ill afford.

Around 80 percent of the grassroots clubs in England still take in their subs via cash payments. And more than two thirds still accept cheques. As well as being a serious inconvenience for players, this issue is having a profound effect on cash-strapped clubs.

Many of our grassroots clubs are at breaking point. They can barely afford the cost of pitch fees. And at such a crucial moment in their history, they’re chasing late payments of fines and subs — when they should be concentrating on recruiting new players.

According to an FA survey last year, around three-quarters of grassroots club officials revealed they regularly waste precious time chasing the money they’re owed. And, perhaps most alarmingly, around a third of clubs revealed that up to 40 percent of the money owed to them from players and parents regularly goes uncollected.

The last two years haven’t been particularly successful for grassroots football in England; particularly when you consider how much the Premier League has thrived. The sale of Wembley Stadium was expected to generate millions of community projects. And participation levels among certain groups actually fell.

In response to what many view as a national crisis, The Telegraph launched its ‘Save Our Game’ initiative. This six-point plan was designed to give the grassroots game a shot in the arm. One of the six points was a need for less bureaucracy in the game. And it would appear that the FA has finally sat up and taken notice.

The FA Matchday App works in conjunction with online payment provider PayPal. The app simplifies the collection process, and it helps clubs to track missing or late payments. Millions of grassroots players can now pay their subs and fines on their mobile device. It’s even possible to set up regular payments, so forgetting or losing track of payments should become less common.

This easy-to-use app should revolutionise the way club officials manage subscriptions and fines. It allows coaches, managers and secretaries to track who has paid and who hasn’t. It delivers reminders and reports, all aimed at helping clubs to manage this growing problem.

But the app goes even further. It allows a coach to organise matches and training sessions. Coaches can also select their line-ups with the app, and inform the players instantly of the decision.

Players can use the FA Matchday App to inform their coaches about injuries or availability issues. There’s also a fixtures and results section, which is updated continually throughout the season.

The FA and PayPal have signed a four-year deal to deliver this project — and several others in the pipeline. It’s a sign that the game’s governing body is finally modernising for the future. Technology could be a powerful weapon in the fight against dwindling participation levels in grassroots football. Let’s just hope this is the first of many new developments.