Is Losing the Home of Football a Price Worth Paying for Saving English Grassroots Football? 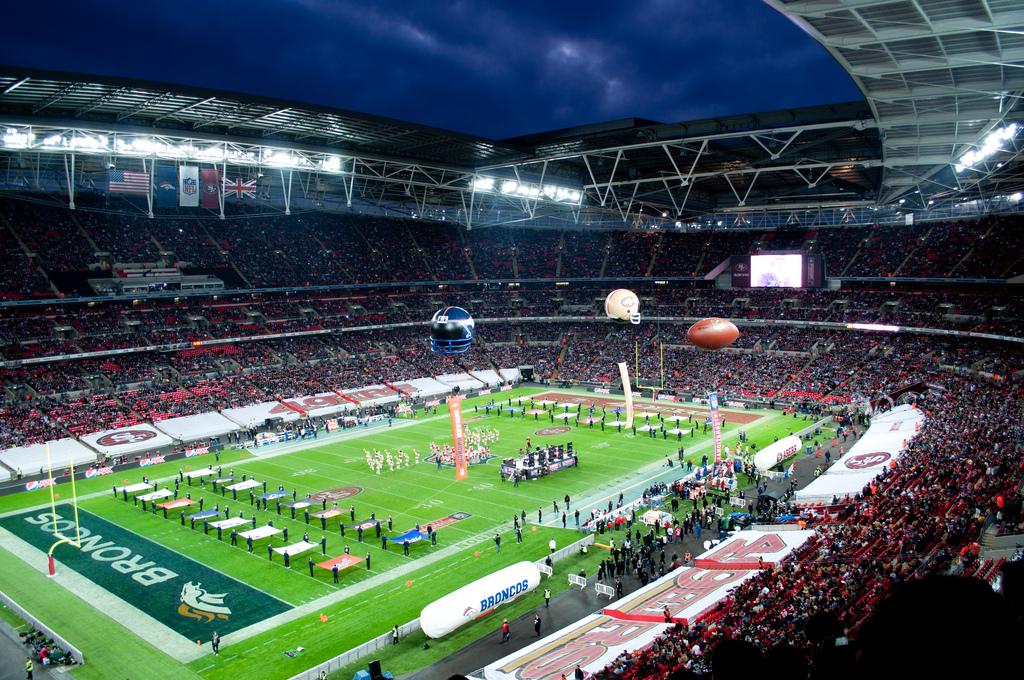 After decades of neglect and decline, the FA started taking grassroots football a lot more seriously a few years ago. After threats of legislation and fierce criticism from high-profile players and coaches, it seemed the game’s original governing body had finally taken notice.

While there have been some very laudable grassroots initiatives over the last five years or so, the money to give them real teeth simply hasn’t been forthcoming. Despite the professional game being awash with more cash than ever before, community pitches and facilities are still rotting away. As a result, players of all ages, sexes and social backgrounds are leaving grassroots football in their droves.

To its credit, the FA knows it has to do more. But if the rumours are true, the entire fabric of English football could be about to change forever. According to reports, the FA board is mulling over a £900 million bid for the home of English football — Wembley Stadium.

The deal would involve £600 million upfront, as well as the rights to continue running the hospitality business — believed to be worth around £300. The offer came from Fulham owner Shahid Khan, who also happens to own NFL side Jacksonville Jaguars.

Is Football Losing its Spiritual Home?

Wembley has already hosted several NFL games, all of which have been sell-outs. As the NFL continues to look for new markets, it seems that the UK is at the top of its expansion list. If this deal goes through, Wembley is likely to become the permanent home of an English NFL franchise.

The news was met with very mixed reactions when it first broke. A lot of people are horrified that the FA could sell off one of the crown jewels of the game. However, it’s worth remembering that the FA has only owned the stadium since 2007. Private ownership is the norm for the national stadium. However, the fact that a different sport will have first refusal on its use isn’t going to be popular.

The England national team would probably have to play most of their games at club grounds around the country — with only the most prestigious games being played at Wembley (and only if the stadium happens to be available).

The BBC is reporting that the £600 million would be spent on a programme of grassroots initiatives. While that’s a lot of money, it won’t last forever. The stadium, however, could be used to generate cash for years to come. According to the FA, Wembley will be paid for by 2025 — then it’s free to generate cash for decades.

Selling off the national stadium now might help the next generation of footballers — and perhaps a couple after that — but the cash will run out eventually. Then what?

How Will the Cash Be Spent?

While this deal may not be concluded for several months — if at all — fans will want to know how the money is going to be spent. According to several reports, the vast majority of the cash will be used to fund several grassroots initiatives around the country.

There are plans to train and support thousands more coaches. Money will be poured into 4G pitch installation and club facilities. It is clear that the FA has big plans for England’s footballing infrastructure. But could this all be counterproductive?

While the devil is in the detail, it is probably safe to say that England will still be able to call Wembley home — or at least their main home. But what about the FA Cup semi-finals and final? Will there ever come a time when England is pushed out by American football? Such a scenario could be hugely damaging for the game.

The fact that Wembley could be owned by a private company isn’t the most worrying issue here. After all, that’s been the status quo for the vast majority of Wembley’s lifetime. What is most concerning is the fact that football would be, for the first time ever, playing second fiddle to another sport in its own home.

And let’s not forget that new Wembley was built with the help of The National Lottery. People have a right to question this deal, given the fact that the stadium’s primary purpose could be about to change.

Only time will tell whether or not the NFL and the FA can share Wembley for the benefit of both sports. Of course, such an avalanche of cash will be great for Wembley. But if the FA just hang in for six more years, they’ll own a magnificent stadium outright. The earning potential through occasional NFL games, concerts and hospitality is huge — enough to fund grassroots football for the next 100 years.