Is the FA Doing Enough for People with a Disability? 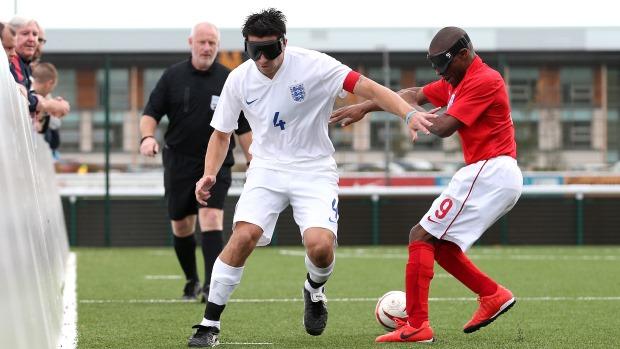 Despite some noticeable improvements in recent years, disabled people are still finding it far too difficult to get involved in football. Whether they’re on the terraces or on the pitch, it seems that people living with disability have to work twice as hard as their able-bodied friends and families to enjoy the sport they love.

The shameful accessibility issues in Premier League grounds became a hot topic in 2015, when the world’s richest domestic governing body was forced to commit to major improvements. The Premier League, under pressure from the FA, pledged to substantially increase the number of wheelchair places in top-flight stadia. For more than a decade, the numbers have been well below those recommended, so this was long overdue.

The Premier League issued a statement in September of last year, stating that all clubs must comply with the guidelines laid out by the Accessible Stadia Guide by the start of the 2017/2018 season. The number of spaces must be proportionate to the size of the ground, yet only three major stadiums were fulfilling their obligations at the end of the 2015 season.

The issue has been on the political agenda in North East England for some time now. In July 2015, Newcastle MP Chi Onwurah called on both Sunderland and Newcastle United to increase the number of wheelchair spaces at their grounds. And she reserved special criticism for Mike Ashley, whom she called upon to personally finance the necessary improvements. At the time, St James’ Park had only 73% of the wheelchair spaces required by the Accessible Stadia Guide, yet they had just splashed out more than £80 on new players.

The FA has been incredibly lenient on the super-rich elite clubs of England in this issue. Arsenal, Chelsea, Liverpool, Manchester City and Manchester United were all found to have a stadium that fell well short of the guidelines in July 2015.

It is incumbent on the FA, as the game’s ultimate governing body in England, to force clubs of a certain size and stature to create sufficient wheelchair places in their grounds. These clubs, as well as the FA, have a legal obligation not to discriminate on the grounds of disability. Yet at a time of unprecedented wealth, they simply refuse to comply with the most basic of rules. Perhaps a legal challenge might make the game take notice of what is becoming an embarrassing issue.

Is legal action just around the corner?

But it seems that legal action may be just around the corner if the FA and England’s top clubs can’t fulfil their obligations to disabled fans. The Equality and Human Rights Commission recently contacted the FA, the Premier League and the top clubs to threaten legal action if the necessary improvements aren’t made by 2017. The Commission also made the unprecedented step of contacting FA and Premier League sponsors, calling on them to “think long and hard about whether it remains ethical to continue their relationship with football.”

While clubs still have until next summer to make sufficient disabled spaces available, it seems that the message has finally sunk in. The Premier League released a statement to say that the matter of improving wheelchair bays, disabled parking, the training of stewards and pricing policies would be given urgent consideration. The Premier League promised to comply with the Accessible Stadia Guide by the summer of 2017, and committed to providing at least 10% of the wheelchair spaces allocated to home fans for away fans.

Participation in disability football is on the rise

In terms of participation, the FA has done a much better job of making the game accessible to people with a disability. The FA plays an integral role in the English Federation for Disability Sports, and it also promotes participation initiatives amongst people with disabilities via its Football Development Department. As far back as 1995, the FA’s ‘Ability Counts’ scheme was developing talented footballers, improving the quality of coaching and increasing increasing participation levels.

In addition, the FA’s Football Development Strategy recognises that special measures are needed to create footballing environments in which people with a disability can play the game. One particular goal this strategy engaged with was ‘Opportunities for All’, which aimed to give everyone the chance to play football, regardless of their sex, religion, culture or ability.

The FA took the first steps to integrating disability football into the mainstream with its 2004 Disability Football Strategy. And this largely successful scheme has evolved into what is known today as the FA Disability Strategy, which is driving through significant changes to accessibility and disability coaching.

So, the FA’s performance on disability rights is very much a tale of two halves. While the governing body in England has failed to address the needs and concerns of disabled fans, it has been a true innovator when it comes to participation in disability football. But it does seem that, finally, the FA is taking steps to improve accessibility in top grounds. So, all in all, we’re heading in the right direction.