Is the FA’s Grow the Game Initiative Having the Desired Effect? 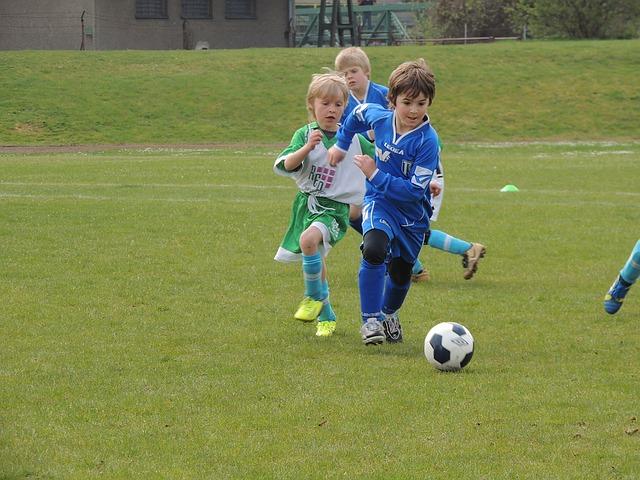 The FA is constantly being lambasted for its management of grassroots football in England, but to be fair, it is finally taking the problem seriously.

Every year since 2010, the “Grow the Game” initiative has provided funds to local youth teams up and down the country. Any FA-affiliated club can apply for a grant of up to £1,500 for each NEW team it creates. This money may not seem like a lot, but it is often the difference between a new team getting off the ground and total failure.

The money is meant to fund the purchase of coaching course, referees’ fees, football kits and football training equipment. The 2017 scheme has been launched, and a total of £1.5 million has been allocated to it.

Transforming the Game from the Bottom Up

The issue of funding at the grassroots level often provokes angry responses from those at the coalface. Most discussions involve the need for tens of millions of Pounds, so it’s quite refreshing to see that local clubs and associations are being transformed with relatively small amounts of cash.

Take the Sheffield & Hallamshire County FA, for instance. This regional FA alone secured more than £120,000 of funding in 2016. This money is being used to create more than 80 teams from scratch in just two years. Male under-15s, women’s, girls’ and disability teams will be the main beneficiaries, ensuring hundreds of children and young people take up the game competitively for the first time.

The Devon FA received 34,500 in 2016, which was hugely significant as this area suffers with one of the lowest participation rates in the country. A total of 19 Devon-based clubs benefited from the scheme, creating 23 brand new teams.

Derbyshire FA made a concerted effort to secure several of its member clubs a slice of the “Grow the Game” cash in 2016. More than £50,000 was granted to clubs in the county, which is still being used now to fund more than 30 new teams.

Helping Everyone Get Involved

This universal grant scheme may be one of the smallest when it comes to the amount of money it provides, but there is no doubt it has been one of the most impactful. In 2016, Sky Sports News presenter Hayley McQueen awarded Brentwood Soccability FC a “Grow the Game” grant of £6,000.

The Essex-based club focuses on wheelchair football, and serves the local community in a truly unique way. The money the club received was used to train eight new coaches — all of whom have a specific focus on disability. In this instance, the money awarded was the catalyst for a wider collaboration between several national and local agencies. The Essex County FA, Fitness in Mind Brentwood, Brentwood Town FC, Disability4Sport and the Royal Foundation’s Coach Core programme all came together to support the Soccability project. As well as providing the funds that are so desperately needed by disabled football programmes in England, the initiative is inspiring organisations and individuals to get involved.

This latest round of investment by the FA will lead to the creation of thousands of new grassroots football teams across the country. Young and disabled people who have never played the sport before will get involved for the very first time — and that has to be positive for both the future of the game and society in general.

Grow the Game is Just a Drop in the Grassroots Ocean

But questions still remain about the FA’s performance on issues as varied as grassroots football and the number of elite coaches in the game. Only last week, the House of Commons debated the issue of FA reform, which culminated in a vote of no confidence. Whilst the money from the “Grow the Game” initiative is changing lives, it could be masking systematic failures within the halls of the game’s governing body. Grants make the headlines for all the right reasons, but they take the heat off the FA for the price of an average League One player.

The FA is getting the likes of England manager Gareth Southgate and Arsenal and England Ladies left-back Alex Scott involved in this year’s scheme. Make no mistake; Grow the Game is a big deal for the embattled FA, and they’re using it to sway public opinion in their favour. It’s up to everyone involved in the game to keep the pressure on the World’s oldest domestic footballing body. Only through root and branch reform and continued investment will the plight of grassroots football in England be eased.

The application process for the 2017 Grow the Game scheme is now underway, and it will continue until March 29. Applications can be made directly via the Football Foundation website or via local County FAs.