Is the Silent Sidelines Initiative Good for Youth Football? 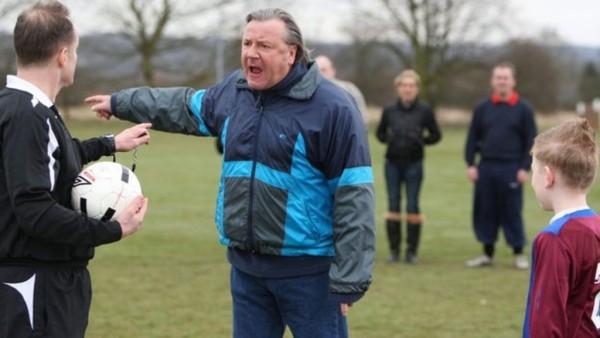 A number of County FA’s observed a Silent Sidelines weekend this month in an attempt to improve the behaviour of coaches and spectators at grassroots youth football matches. Nottinghamshire and Derbyshire’s FAs both held a “Respect Weekend” that involved strict guidelines on what coaches and spectators could do during matches — and by all accounts the initiative was a
complete success.

What is Silent Sidelines?

Silent Sidelines is all about changing the culture at youth football matches. Spectators — the most of whom are usually enthusiastic parents — are not permitted to call out or even cheer during these events. And coaching staff are not permitted to shout instructions to their players.

Clapping impressive passages of play is encouraged, as is general praise — as long as it is delivered in a modest way. In reality, both spectators and coaches bend the rules. However, everyone involved is asked to keep these interjections to a minimum. Anyone repeatedly flouting the rules is asked to leave.

The idea behind Silent Sidelines is to encourage children to play, without fear of criticism or unnecessary interference by people on the sidelines. The scheme is managed by Nottinghamshire and Derbyshire FA’s under the umbrella of the FA’s Respect campaign. Hwo

Both Derbyshire FA and Nottinghamshire FA made a big deal about this year’s event. They branded a series of matches with the Respect logo, and asked people with phones to share their positive images on Twitter using the hashtag “#let them play”.

What Has Prompted the Need for Silent Sidelines?

There is no doubt that a significant number of children are being exposed to wholly unnecessary abuse, criticism and interference from spectators and coaches. There is a genuine concern that youngsters are being turned away from the game by these behaviours. It is also believed that children who stick it out aren’t allowed to express themselves or develop their decision-making skills on the pitch.

There is a cultural element at play here, so it could take a while for things to change. But what Silent Sidelines does is raise awareness and make spectators and coaches think twice before getting involved in matches unnecessarily.

A huge part of learning is the trying. But when youngsters are being ridiculed every week for the simplest of mistakes, it’s easy to see why they eventually give up. Watch the average youth football match in your local playing fields, and there is a very good chance you’ll witness swearing, abuse and overt bullying — the majority of which is coming from the sidelines.

Apart from creating a happier, more productive playing environment, Silent Sidelines initiatives are making it easier for children to communicate with one another on the field of play. This allows more time for focus, decision making and reacting to in-play events.

Children tend to get confused when their parents are screaming one set of instructions while their coaches are screaming something else. Apart from pre-match and half-time coaching, coaches aren’t allowed to direct play from the sidelines. This creates an environment conducive to concentration.

What Are the Issues Surrounding Silent Sidelines?

The Silent Sidelines initiative has been largely welcomed by coaches, players and spectators. However, it is important that our children are able to enjoy great match atmospheres. For instance, the rush of adrenaline a youngster experiences when he or she scores is very precious. It would be a shame if exceptional passages of play or spectacular efforts are greeted only by a theatre-like round of applause.

While the main priorities of coaches should be to develop skills and make football fun for children, it is also important to get youngsters ready for the rigours of competitive football. Taking instructions from the sidelines and being subjected to negative chants and comments from spectators are both part and parcel football. If footballing environments become to benign, some children will struggle to adapt to the culture shock of football at higher levels.

The mantra surrounding this initiative is “let the kids play”. This is a hugely important and positive message that is well worth promoting. Football should be a fun and rewarding journey of improvement for youngsters — which is impossible when there’s so much negativity coming from the sidelines. But as we strive to create these positive playing environments, let’s not throw the baby out with the bathwater.

Football can be an exhilarating sport when things go right. It is the almost primal connection between the fans and the players that makes the game unique — and delivers that surge of euphoria at times of triumph. To deprive our kids of this experience is to take away a little of the magic the beautiful game is known for around the World.