Is This an Exciting New Era for Para-Football in Britain? 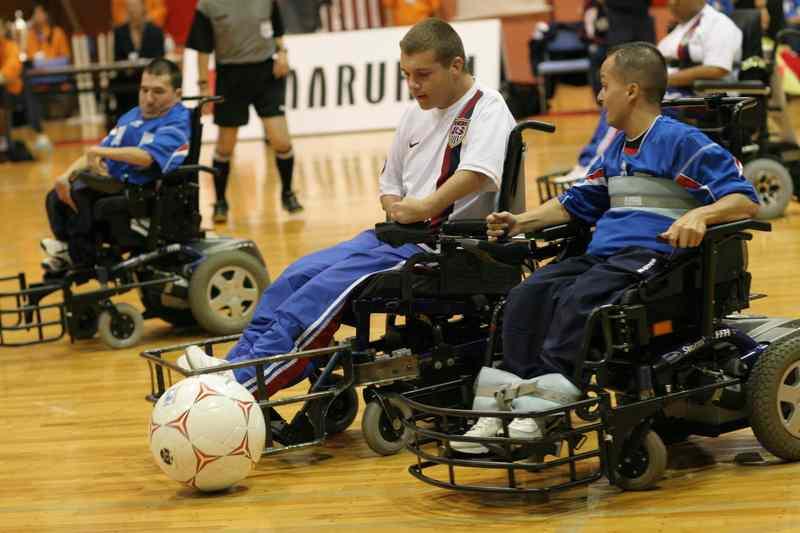 Disabled football has been short-changed compared to other “para” sports in recent years. While millions have been poured into Olympic sports, the beautiful game has been something of a poor relative — which is shocking given the huge amounts of cash in the game.

While there are associations, charities and clubs promoting disability football in the UK, they’re relatively small, underfunded and regional. The likes of wheelchair football, cerebral palsy football and amputee football are enjoyed by hundreds of people every year — but these important sports should be enjoyed by tens of thousands.

A lack of facilities, specialists coaches and equipment mean most disabled people in the UK who want to play football simply can’t. But it’s finally looking like things might be changing — and it’s Scottish football that is leading the way.

A Structured Approach to Disability Football in Scotland

The Scottish FA have pulled together all of the country’s resources and talent to create the new governing body of disability football — Para-Football. This new brand has been launched in order to create a more disciplined and structured approach to all forms of the game.

The Scottish FA will work closely with individual sporting associations to deliver a nationwide initiative to get more disabled people playing the beautiful game. The new body will oversee all of the main disciplines, including:

The Scottish FA has devoted a fund of around £100,000 for projects all over Scotland. As well as putting on a series of training sessions and competitions, scheme organisers will be educating football coaches on the specific requirements of each version of the game.

The launch of this exciting new scheme took place at the inaugural Scottish Para-Football conference in Largs last month — and organisers were keen to stress that the creation of this new body gives disability organisations a louder voice. All of the various bodies across the entire disability football environment will work together to promote the game and boost participation levels.

Scotland is clearly taking a lead in this issue, as none of Europe’s major national governing bodies have taken this route — including the FA in England. There were already bodies for youth football, women’s football, amateurs and juniors, so it’s only right that a body governing disability football takes its place at the top table.

This latest initiative isn’t just about boosting participation levels, it’s also about cultivating the expertise that is needed to boost coaching and quality levels. It is also hoped that the players themselves will now have much more input into the direction of their form of disability football.

The Scottish FA’s new Para-Football body is part of the One National Plan scheme. This grassroots football initiative aims to give players, coaches and volunteers the power to improve the game in communities all over Scotland. The main strands of the scheme are inclusivity, social change, health and equality — all four of which are part of the Para-Football scheme.

Crucially, this new approach to disability football gives players the thrill of competitive competition. Too many players across the UK take part in taster or coaching sessions without ever having something to strive towards. It is hoped that the SFA’s new initiative will change all that.

Surely the FA in England can’t ignore what is happening north of the border. With resources and infrastructure that dwarfs those of the SFA, the FA should be able to become a real trailblazer in the world of disability football. If the Para-Football initiative really takes off, the governing body in England won’t be able to neglect the issue any longer.