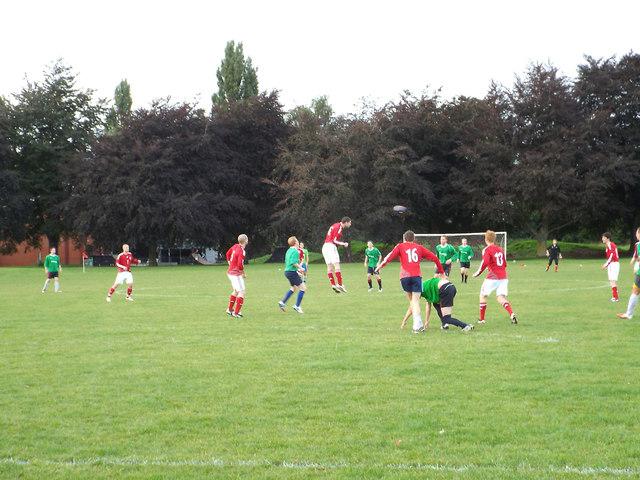 In 2014 the Football Association announced ambitious plans to build more than 15 so-called football hubs around the country. The FA wanted to transform the way football is played across England.

What the FA really meant was that they had been shamed into doing something about rotting football facilities and the shocking state of municipal pitches around England. A total of £230m was set aside to install 3G pitches, improve existing facilities and train the next generation of football coaches.

Nearly two years later, and Liverpool has been given some serious cash for four of its own football hubs.

£17m will be spent on grassroots football facilities in Liverpool

The FA and Liverpool City Council have thrashed out a deal to invest £17m in the creation of four football hubs across the city. Participation levels in this proud footballing region have been declining for several years now, and council leaders hope this move will help to stem the flow of youngsters leaving the game.

One of the most eye-catching developments has been the news that the local council is setting aside £4.4m of its own money for the scheme. The remaining £12.6m will come from partner organisations - one of which is the FA.

Councils throughout England have been desperately cutting costs and trying to balance their books for several years, and football facilities have been way down their list of priorities as a result. This news of significant investment by Liverpool City Council will give local clubs and associations around the country new hope for the future.

With a little determination, the support of local businesses and significant funding from the FA, football facilities in other major UK cities can be improved - bringing thousands of local players back into the football fold.

Liverpool’s four new hubs will be located in Fazakerley, Woolton, Otterspool and Alleton. These four centres of excellence will directly benefit 1,200 teams across the city. Some estimates suggest that around half a million people will have access to Liverpool’s new football hubs every year - 60 percent of which will be youth players.

The announcement was made by the Mayor of Liverpool Joe Anderson.

“Grassroots football is still hugely popular in Liverpool and, unlike many other councils, we have kept the use of pitches free. But the fact of the matter is that we have far less money than we used to and we can’t invest to improve the pitches and associated facilities.

“Far too often during the winter, matches have to be called off because the grass is waterlogged or frozen, causing disappointment for thousands of people.

“That is why I am delighted that, following my discussions with FA Chairman Greg Dyke, we have worked together to come up with an innovative new approach that will deliver major investment in great new facilities and get more people involved in the game.”

Football hubs are the result of cooperation between various interested parties

One of the reasons local football facilities have been in decline throughout England is the fact that there hasn’t been a joined-up approach to tackling the problem. But Liverpool’s football hubs have been made possible through cooperation between Liverpool City Council, the FA, Sport England and the Premier League.

If this is a sign of things to come, the future for grassroots football could be a bright one. This level of cooperation would have been unthinkable just five years ago, and it shows there is a real desire to get people playing football in their communities again.

Liverpool City Council has recommended that operational and financial management of the hubs should be transferred to a Liverpool Football Trust. It is hoped that the Trust would be able to raise funds through the four new hubs and then reinvest that into community-based football projects.

While the council admits that there are still some ‘hurdles to overcome’, this news will give local clubs and associations around England hope that a major corner has been turned in the fight to update playing facilities.

Before those responsible for these four much-needed hubs start to celebrate too much, they need to recognise the fact that we are dealing with decades of underinvestment. £260m over four years will not touch the sides when it comes to updating community football facilities.

There needs to be a commitment to the long-term future of grassroots football in England; one that spans the next 20 years, instead of just the next three or four. If we can get to a point where quality facilities start paying for themselves, the national game’s long-term future will be secured.