When Sheikh Mansour first started to plough millions of pounds into Manchester City, few would have believed that his long-term intention was to make the club a self-sufficient giant of world football - with a commitment to developing local talent. Yet just six years after taking control, his millions have done just that. The £200 million City Football Academy is now open for business, and it could herald a new age of European domination for the Sky Blues.

An ambitious vision of the future

The size of a modest village, City’s academy is without doubt the most impressive of its kind in the world – something Lionel Messi agreed with during a recent visit with the Argentina team. Unlike most other Premier League Clubs, City has managed to combine its academy facilities with its first-team facilities, and it’s all connected to the expanding Etihad Stadium via a huge walkway. This incredible development is expected to develop dozens of England’s future stars, which is why many believe that its hefty price-tag (roughly the same as the combined transfer fees that took Bale and Ronaldo to the Bernebeu) represents a cost-effective investment.

What’s under the hood? 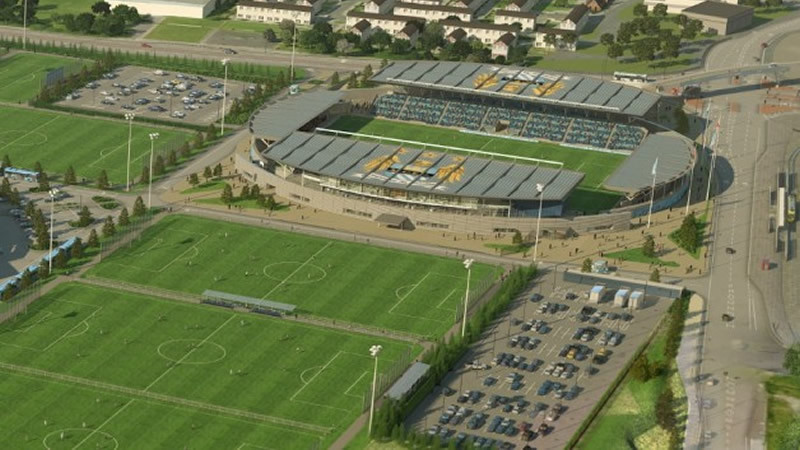 It would be easier to simply list the facilities that aren’t available at the City Football Academy, as every imaginable need of the professional footballer has been catered for. A 7,000-seater academy stadium has been built in order to give youngsters a taste of large crowds from an early age. There is a state-of-the-art performance centre, as well as several first-team pitches, elite development pitches and junior academy pitches. The Manchester Institute of Health and Performance has a base on this sprawling campus, as has the Connell Sixth Form College and the East Manchester Academy. Visiting journalists and TV production staff are granted access to a state-of-the-art media centre, and the huge City HQ is a sprawling office development from which the business of Manchester City is run.

Formally opened by City legend Tony Book, the City Football Academy is a huge step forward for the region, but also for the country. Already, the development has attracted the attention of Chancellor George Osborne, who attended the opening ceremony. He used the event to announce a £50 million fund for the development of grassroots football across the UK. With the paint barely dry, it seems City’s awe-inspiring complex is already inspiring awe across the country.

Sports science has been taken to the next level

The Manchester City hierarchy took their time in creating the perfect footballing facility. More than 70 different sports facilities were assessed in Europe, the USA and Australia before the current design was finalised – ensuring that every possible player requirement was addressed. As a result, the City Football Academy has been lauded as the greatest sports development facility in the world. Among its most impressive assets are a collection of 16 outdoor training pitches, an 8 million-litre underground tank that recycles rainwater and an indoor training facility that is larger and better-equipped than the one at St. George’s Park.

Sports science has also been taken to a whole new level at City’s incredible training complex. Although two thirds of the site has been allocated to youth football, the first team has three pitches of its own – each with different playing surfaces. It is hoped that a selection of surfaces will help the players prepare fully for tricky away matches on different pitches. One of the outdoor training pitches has also been given natural protection – both from the elements and the prying eyes of the press.

The best of the best for the City first team 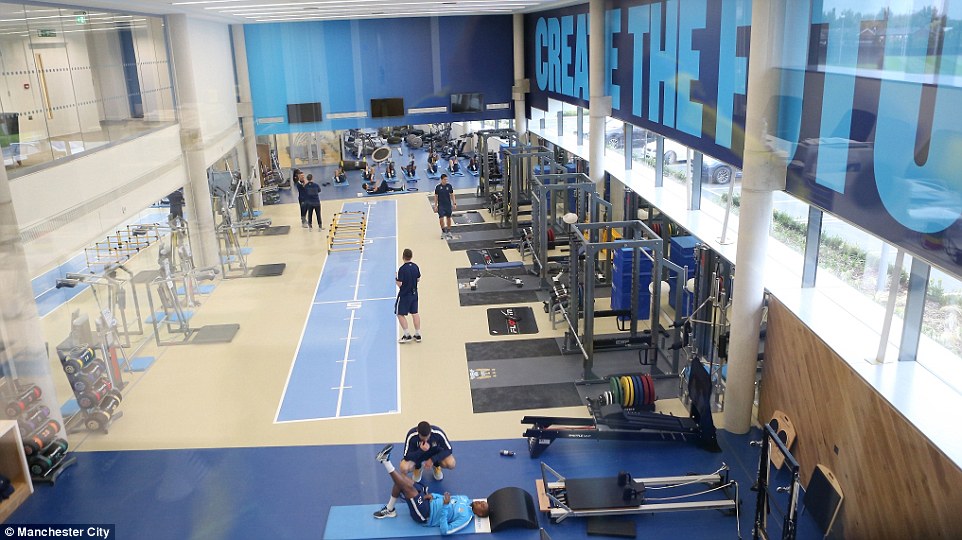 The first-team headquarters are where the most impressive facilities can be found. There are three first-floor gyms for the players to choose from, which include one for strength and conditioning, one for technical skills and one for pilates. Players can also train in hypoxic chambers, which can be used to create very specific temperature and environmental conditions – ideal for altitude training. The well-being of players is looked after at every opportunity, and cryotherapy, ultra-sound and hydro-therapy rooms have been installed to that end.

The City players have been afforded some of the most luxurious facilities and amenities in the world of football, including a circular dressing room, a refectory, a cinema room and a dedicated players’ lounge. There is even pastoral care available at the Player Care department, where first-teamers can seek expert advice on everything from alcohol abuse to tax issues. And the players are warned of the consequences of bad lifestyle choices with posters of Paul McGrath and Paul Gascoigne adorning the walls – underneath which reads the slogan: ‘Train like a professional, eat like a professional, drink like a professional, Tweet like a professional’.

When the City Football Academy was built, the idea was that every function of this proud football club could be carried out within the confines of the complex, which is why the third floor of the first-team headquarters is equipped with bedrooms – used by the entire first-team squad on the night before home matches. Such was the attention to detail that went into the accommodation, sleep experts were hired during the design process.

Manchester City have been football’s big spenders for more than five years now. However, their rivals must now contemplate the prospect of a club that could create a conveyor belt of its own world-class talent for decades to come. And while that will strike fear into managers, players and owners throughout England, it could mark the beginning of an exciting new era for the national team.