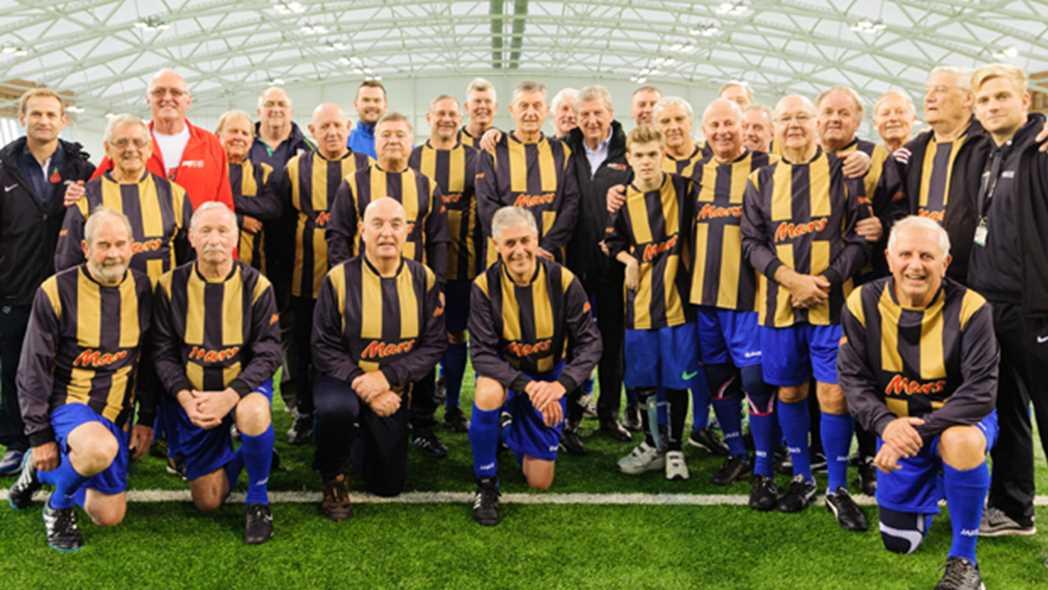 The Premier League dominates the football industry in the UK, so it’s always nice to see community-based projects make the news. The FA Mars Just Play! Initiative recently proved that local amateur football in England is alive and well after revealing more than one million people have attended events so far.

The Mars Just Play! scheme is all about the taking part. At a time when obesity levels in the UK are reaching epidemic levels, this groundbreaking initiative is getting people of all ages, sizes and abilities off their sofas and onto local pitches all over the country.

Just turn up and join in!

The great thing about this particular scheme is that you don’t need to sign up to anything or make a long-term commitment. All you do is find out where your nearest Just Play! Kickabout is and join in. You get to play football for an hour so with people of a similar age. Not only is this a great way of getting some exercise every week, it brings people together to socialise.

There are various playing categories in the scheme, including veterans, disability football, 16 to 25s and women only. There are 400 centres running these regular Kickabouts, which are taken by Level 1 coaches.

The FA is certainly in need of some good news right now, so the fact that the million participant mark has been reached a full year ahead of schedule will be welcome news.

To mark the achievement, the famous Wembley arch was lit up red — the colour used in the initiatives logo and marketing materials. A lucky few Just Play! participants were chosen to take a tour of the stadium with former England international Graeme Le Saux.

The images of ordinary grassroots footballers meeting a star of the game and walking around the World’s most famous football stadium will undoubtedly give the initiative a further boost. It is proof that the FA, together with private sponsors and those involved at the grassroots level, can work together to grow participation levels.

The FA has created a scheme that actually works. People who rarely played the game before have embraced it in a way few thought possible. This is great news for the future of football in England, but it is also good for social cohesion, motivating our youngsters and the fitness of the nation.

It really is the taking part that counts

The success of Just Play! shows that promoting the elements of fun and inclusivity really do work. The formats used at local Kickabouts are flexible, ranging from quick games of futsal to 11-v-11 matches. Some of the best football facilities in the country have been made available for a couple of hours every week for the initiative, and more than 500 FA-accredited coaches and organisers have made the weekly events happen.

The FA director of participation and development Kelly Simmons was excited by the unprecedented success of the scheme.

She said: “To reach this landmark one year ahead of schedule is a fantastic achievement and highlights the enduring popularity of the Just Play initiative in local communities throughout the country.
“Over the past five years of Just Play, we have seen numerous examples of the positive impact that football can have on people’s lives and we are thrilled that so many continue to benefit from the programme.”

To round off what has been a fantastic year of growth and achievement for the Just Play! initiative, the FA is holding an event to recognise the achievements of all concerned. The 2017 FA Mars Just Play Awards will celebrate the hard work of Just Play Centre, coaches, administration staff, players and teams throughout the country. The event has been given pride of place at the FA’s St. George’s Park national training centre, so it’s clear just how important it is to the game’s governing body.

There are some people who believe that this scheme is taking resources away from schemes that develop the stars of the future in England. However, anything that gets more people playing the game has to be a great game. Participation is infectious. If young adults are playing the game every week, the chances are their friends and relatives will get the bug. And it won’t be long before the next generation of young footballers will do the same.

While Premier League superstars catch the imaginations of youngsters, the motivation to get involved comes from a place much closer to home. If the success of Just Play! continues, every aspect of the national game should reap the rewards in the future.