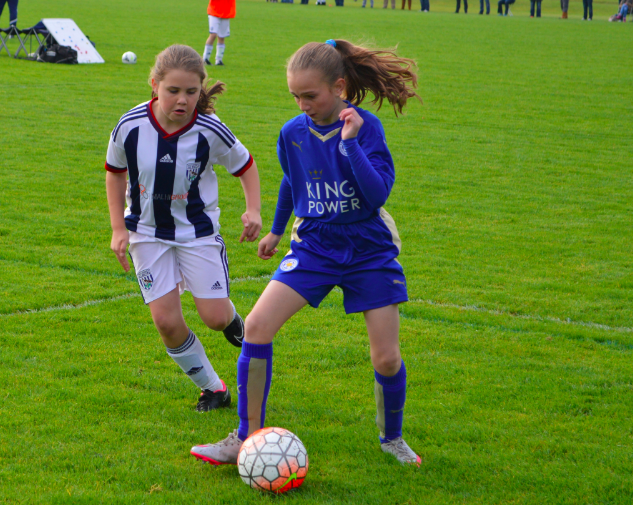 When England coach Mark Sampson took England’s women to the 2015 World Cup in Canada, his main aim was to bring back the trophy. And while his side fell just short of their primary objective, they brought back something that could be far more precious.

When England’s heroes landed back in Blighty, they brought back the gift of legacy. Women’s football has long been the underfunded little sister of the men’s game, but the team’s heroics on the field changed attitudes.

Young girls watched England’s women defy the odds by beating Germany for the first time, and coming within a whisker of the World Cup Final. Keen to capitalise on this surge in both interest and national pride, the FA started work on increasing the number of girls playing the sport competitively in England.

One of the initiatives instigated by the FA in response to the success of the women’s national team was the FA Girls’ Football Week - aimed at getting more girls participating in community football.

Taking place between April 25 and 1 May, the first week of the event has attracted more than 22,000 girls aged between five and 16 - which is 5,000 more than the FA had hoped for. This first week will focus on getting primary  and secondary schools to run their own girls’ football sessions. With the help of their local communities and football clubs, 200 schools across England have signed up to take part.

The second week of the event will take place between October 10 and October 16. This week will focus on increasing participation levels in colleges and universities.

The FA’s National Participation Manager is Donna McIvor, and she’s very excited about the success of this huge participation project.

“It’s great news that we have exceeded our target already and the week looks set to be a fantastic showcase for girls’ and women’s football participation.

“This is testament to the work that we and our partners have put into raising awareness of the weeks, its aims and to the staff working at schools, clubs and community groups across the country who will help make the week a big success.

“Though we’ve already hit the target, we’re still encouraging more groups and organisations to put on sessions and give as many girls as possible the opportunity to play football.”

The statistics prove that England’s women should have been achieving greatness on the world stage for many years. Football is already the most popular team sport amongst women. There are now more than 5,900 women and girls’ teams playing in FA-affiliated competition. And while the number of boys and men playing the game continues dwindles - despite the best efforts of the FA - the number of women playing the game in their local communities continues to soar. There were 2.89 million women registered to play at the last count, and it won’t be too long before the three million barrier is reached.

The success of Girls’ Football Week proves what can be achieved when footballing authorities and education providers work together. This scheme was delivered by the FA in conjunction with Association of Colleges Sport, British Universities and Colleges Sport, the Premier League, the Football League, English Schools FA and Independent Schools FA.

The women’s game in England now has real momentum. When the scheme was first run in 2015, 16,000 young women and girls took part - which was more than triple the original target. This year, another six thousand have been persuaded to take part in their spare time, which is a tremendous achievement given the challenges of modern life.

The FA has done a great job in expanding the event in only a matter of months. With the help of high-profile stars of the game such as Karen Carney, the FA has been able to tap into the newfound interest in the game that came about after the national team’s exploits at the World Cup. And to make things as easy as possible for England’s schools, universities and colleges, the FA has made a range of free-to-use resources available - including guides on how to run sessions and promotional materials to enlist participants.

In a male-dominated society in which women are at a disadvantage in the workplace from the moment they enter it, the importance of the FA’s Girls’ Football Week can’t be overstated. Getting more young women and girls involved in football is not just about creating a better national team for the future; it is about giving women confidence to succeed in life; it is about teaching discipline, teamwork and commitment. Most importantly, increasing participation at grassroots level is about improving the health of the nation - which is why the FA’s efforts are to be applauded.

Momentum needs a helping hand in order to keep going, yet all too often the footballing authorities rest on their laurels after achieving a modicum of success. Rather than relax and revel in this scheme’s popularity, the FA should be looking forward to the next initiative. If this success can be replicated in men’s football, the future of the national game in England could be very bright indeed.