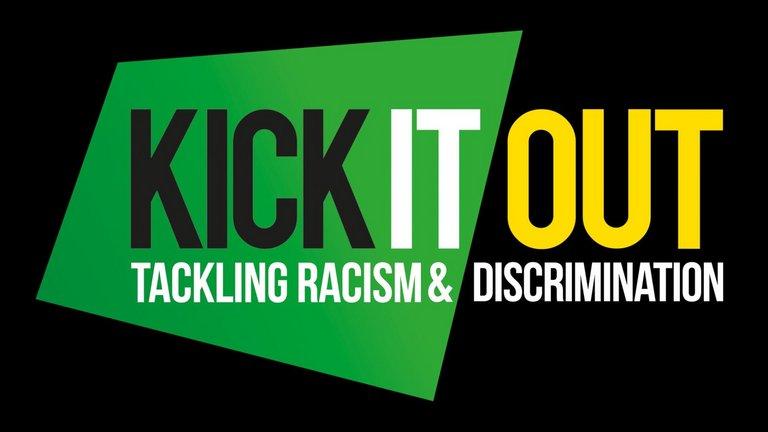 If you’re old enough to remember English football in the early 1980s, you’ve probably witnessed overt racism aimed at black and Asian players. The likes of the late Cyrille Regis and Justin Fashanu were subjected to the most horrific abuse every Saturday afternoon — and little or nothing was ever done about it.

Thank goodness that’s all a thing of the past, right? Well, despite their being a huge improvement in this area over the last 30 years, it seems the spectre of racism still looms large in the English game.

According to Kick It Out, the number of racist, homophobic and discriminatory incidents in English football increased by 38 percent in 2017. So, before we pat ourselves on the back at eradicating discrimination in all its forms, we have to realise that these archaic attitudes are still around — at every level of the game.

Since August last year, there have been 111 incidents of discrimination within the professional game. Incredibly, the majority of those — 64 in total — took place in Premier League grounds. Whether this is a result of higher police numbers or a disturbing new trend isn’t known, but it should act as a wake-up call for everyone in the game.

There were 47 incidents in the Championship during the same period, 40 in League One and 29 in League Two. There are no official figures for the amateur and grassroots levels, but anecdotal evidence alone suggests that racism and homophobia still play an unwanted role in community football around the country.

Why the sudden increase? Are we becoming complacent about the issue of discrimination? Is the number of abusive fans suddenly beginning to increase? It’s worth pointing out that these shocking rises coincide with changes made to how incidents are reported. Kick It Out now receives complaints by phone, social media, email and directly through their website. This could be the reason behind this sudden increase in discriminatory attacks.

But make no mistake: all this tells us is that, in years gone by, many incidents simply weren’t being reported. Now that people have a clear route to making an official complaint, we should start to see a more accurate reflection of what is happening on terraces and playing fields around the UK.

Although racism is still the largest problem in terms of discriminatory attacks at football matches, it’s not the only one. Attacks aimed at the LGBT community are rising, and account for around 20 percent of all reported incidents. Anti-semitism, sexism and discrimination of people with disabilities are now also serious issues. And incidents involving anti-Muslim hatred, while relatively rare, point to a new and growing trend.

Since August 2017, there have been 42 incidents of discrimination within the grassroots level. But it’s worth pointing that these issues are probably written off as part and parcel of the community game. Fear of reprisals and a lack of police and security stops a lot of people from making complaints. Make no mistake: the issue of discrimination in grassroots football is very real — and if anything it’s getting worse.

How do we tackle the scourge of discrimination in football?

We could get much tougher within football grounds, and drag offenders out in front of TV cameras. However, this won’t change attitudes… it will simply make offenders disguise their abuse and vitriol. Surely a much better approach is to educate people, and to adopt initiatives that put people from all walks of life together — whether it’s on the pitch or on the terraces.

We also have to face up to the fact that much of this abuse is there result of sheer ignorance and peer pressure. Take the recent furore around a Romelu Lukaku, for instance. While the intention of Manchester United fans was to show support for their striker, their use of racial stereotypes was hugely damaging — for the image of the club and the fight against racism in all its forms.

We’ve also witnessed Chelsea fans singing a potentially anti-Semitic song about Alvaro Morata this season. And Leicester City was fined by the FA after the club’s fans chanted homophobic abuse during their match against Brighton. Whatever the intentions, and however many fans are involved, discrimination is always harmful to the game as a whole.

But what do we achieve by banning 200 Manchester United fans from Old Trafford for singing a song about Romelu Lukaku… a song they deem funny and complimentary? Kick It Out seems to be on the right track in this regard. Rather than seeking banning orders, the charity wants to educate fans. If fans fully understand the harm and distress this behaviour causes, many of them will stop willingly. You’ll always get the idiots who’ll never stop, of course, and they’re the ones who we should be banning from grounds.

The FA and Kick It Out can be rightly proud of what has been achieved in this area in just three decades. English football leads the way in fighting discrimination, at a time when players in French are being booked for complaining to referees about the racial abuse they’re being subjected.

But the moment we rest on our laurels is the moment discrimination starts to win. For every reported incident, there’s probably another 10 that slip underneath the radar. We cannot and should not rely on the FA and Kick It Out to eradicate discrimination from the game. As fans, we all must play our part.