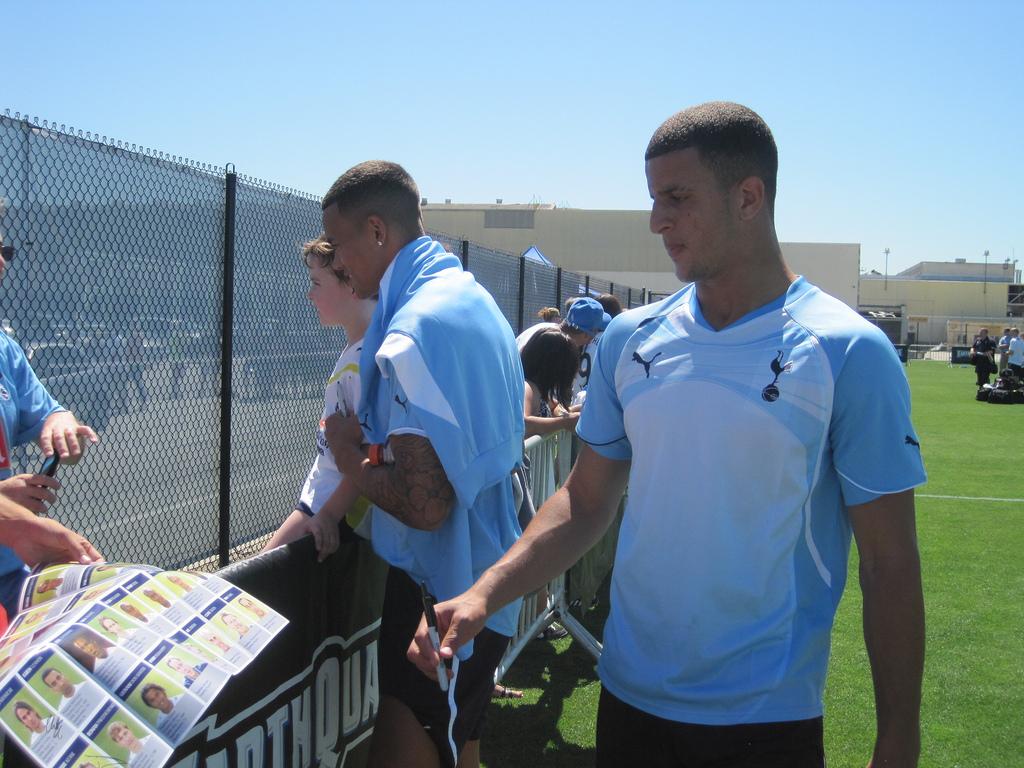 The link between the elite of English football and the grassroots game is well established — and it’s more important than ever. But strangely, it often seems like the people running English football simply don’t understand this.

There’s far more to consider than just the next crop of England internationals, important as they are. If youngsters are playing less often, they’re less likely to become fans of the future. Attendances at stadiums could begin to struggle in the future, and the TV cash bonanza the game has been enjoying for so long could come to a grinding halt.

Of course, we’re in ‘worse case scenario’ territory here, but it’s important to understand just how important the grassroots game is. Without it, we wouldn’t have the Premier League that we have today.

The people who are most concerned about what’s going on in the grassroots game are those that have experienced life at both ends of the social divide. Take former Derby County player Paul Boertien, for example. After a career spanning 15 years in the professional game, he knows how hard it is for youngsters to break through.

Boertien now coaches junior football with the Crusaders in Wetheral, and he’s extremely passionate about his role — and giving as much time as he can to his local community.

He said: “I think you have to if you are involved in a grassroots team.”

“Although you only train once a week and play once a week most of the time, there is a lot of organisation involved, too. Anybody with a grassroots team will probably say the same. I love it.

“What I love is being around the kids, leading the coaching sessions and seeing how happy they are when they are doing them.

"It takes a little bit of time, but it’s definitely worth doing.”

And Boertien makes a point that demonstrates money is really the only thing that separates the haves from the have-nots.

“That lesson in life to work hard, whether they stay in football or not, is vitally important and that’s a comparison to professional football. If you don’t work hard in that, you don’t have a chance.

“I think at any level of football you should enjoy it, not just grassroots. It shouldn’t be a job or a chore.

“If you look at the best players, they look happy on the pitch. That’s the same with kids.”

People like Boertien are the lifeblood of grassroots football in England. While all youth coaches perform an unbelievable job, it is those with experience of the elite level that can inspire kids to be the best that they can.

Boertien doesn’t just inspire, he keeps kids’ feet on the ground. He uses his own experiences to educate youngsters about what lies ahead — and what is needed to succeed.

Sadly, this kind of participation from ex-professionals is all too rare. There isn’t enough money in the game to keep pitches safe and playable, let alone give kids quality coaching every week. But if just a handful of former pros can get involved, pressurise the authorities and inspire youngsters in their own communities, things should slowly improve.

Fostering the link between grassroots and the elite

Former Spurs, Newcastle and England midfielder Jermaine Jenas recently spoke out about the importance of grassroots football in England. What he said was both inspiring and sobering.

“It’s a cliche, but I wouldn’t be here today if I didn’t have grassroots football,” he said.

“We’ve got so much unearthed talent, on these council estates or in rural areas, there are so many players that probably don’t even realise how good they actually are until they get into a situation where there are coaches giving up their own time to facilitate the growth of all these youngsters.

“I had that as well, and it sounds a little bit self-indulgent, but look what happened to me.”

Jenas had taken two hours out of his day to deliver a training session to Pitshanger FC U11s. The visit was a prize in the BT Sport Supporters Club competition, which was won by 11-year-old Charlie Godfray.

The importance of Jermaine Jenas’ work in the community can’t be underestimated. All too often, children are used to playing in terrible conditions, or worrying whether or not their fixtures will go ahead at all. To suddenly have a former England international in their midst is inspirational. When kids get time with former pros, they get a flavour of what hard work and determination can produce.

But we need to support the ex-pros in their work — with better pitches, proper facilities and quality coaching staff.

Money is there, but is it being spent wisely?

Of course, there have been some improvements in recent years. But it’s all a bit of a postcode lottery at the moment. The Premier League & The FA Facilities Fund us slowly making progress. New 3G pitches are being installed around the country, and club facilities are improving.

But funding often seems arbitrary, and is usually reliant on a major effort from local businesses or charities. Take Dean Trust Ardwick, for example. This secondary school was built with public and private funds, and had state-of-the-art facilities. But despite a 3G pitch and top-notch changing rooms, the school’s administrators found it difficult to persuade local clubs and associations to use the facilities throughout the day.

The Premier League & The FA Facilities Fund provided the school with a grant of nearly £700,000 to open a pavilion, adding office, a reception and spectator areas. In addition, several new changing rooms were added.

This school is in one of the most deprived areas of North West England, and it has the potential to change lives. Combined with the cult of celebrity, these funding initiatives have the power to take kids out of poverty, improve overall fitness levels and fight the scourge of childhood obesity.

But as they say, the best things in life are often free. If more elite players give just an hour or two of their free time each month, more children and young adults will start playing football regularly — and that’s great for every level of the game.