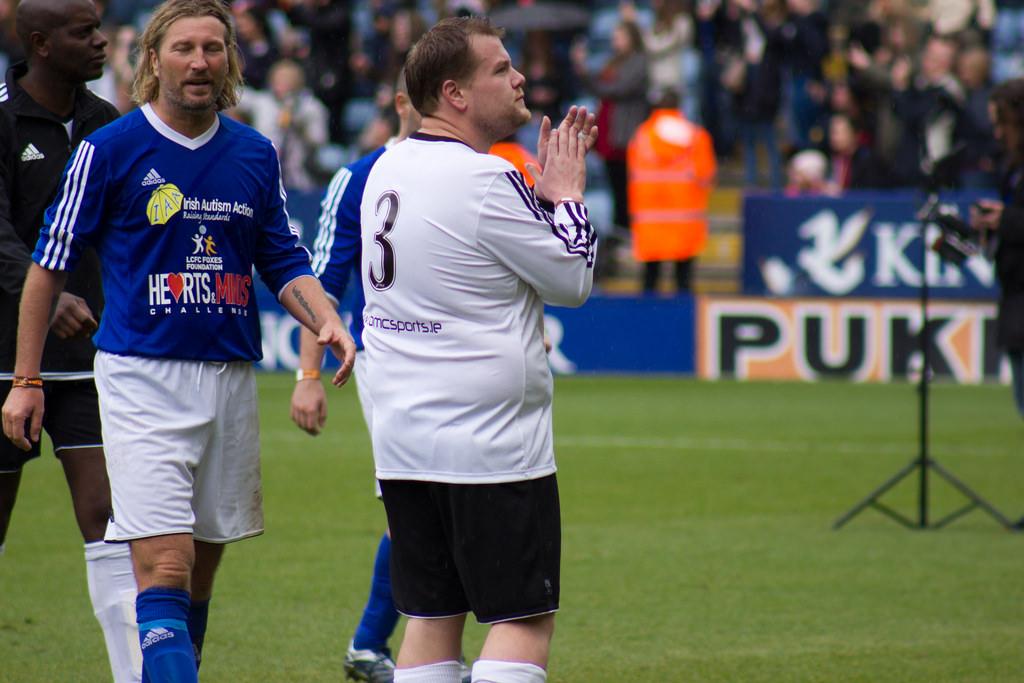 The FA has finally started to take the issue of abuse at grassroots football matches seriously. New codes of conduct and various initiatives related to Respect have already been put in motion — but former Leicester City and Wales midfielder Robbie Savage has his own thoughts on the issue.

Robbie may have played at some of the most famous football grounds in the world, but he now spends just as much time on playing fields next to his home. Both his young boys have played at the grassroots level for several years — during which time Robbie has witnessed countless instances of bad behaviour.

During one of his Five Live shows last year, the often controversial pundit ranted about the appalling conduct of many players and parents and local football matches. The outburst caused a social media eruption, with the vast majority of people wholeheartedly agreeing with the Welshman.

Inspired by the public reaction, Robbie put together his own 10-point plan for curbing abuse and bad behaviour at grassroots football matches. But he went a step further by looking at the grassroots game as a whole. With participation levels among young boys in England and Wales still falling, these suggestions couldn’t have been made at a more apt time.

Interestingly, several of these points have already been announced as part of the FA’s revised codes of conduct.

1. Parents should be segregated

Robbie claims to have witnessed several arguments between parents and spectators over the years. In some cases, these incidents have involved match officials. But in the main, they involve spectators from opposing sides throwing insults at one another; and in a few cases, at the young players on the pitch.

Robbie’s suggestion is a simple one in this regard: segregate parents with “home” and “away” ends.

A lot of the bad behaviour that is blighting the grassroots game occurs on the field of play. Youngsters see their favourite players behaving badly on the TV, and emulate that behaviour every weekend in playing fields and municipal pitches. Robbie wants to introduce sin-bins for secondary school children. Every time a youngster abuses an official, he or she would be sent for a 10-minute stint in a sin bin.

3. Guaranteed game time for all

Robbie has seen first hand the despair and disappointment of children when they have to spend an entire match on the sidelines. This not only affects the players, it affects the parents who spend time and money on the game. Robbie believes that every player on the teamsheet should get at least a 25-minute run-out.

Robbie has seen how the shortened game of futsal can help improve the technical skills of young players. This five-a-side format involves a smaller, heavier ball, which makes long and lofted balls much more difficult. Players are forced to control and hold the ball more, which is a great way of developing technique.

Robbie’s experiences with poorly maintained pitches have made him very angry. Grass is either overgrown or completely missing on many local pitches. Kids are playing on mud heaps, covered in litter and dog mess. Robbie wants all local FAs to cut pitches every Friday, before marking them and performing basic maintenance tasks.

6. Cards for the parents

Robbie wants to see a welfare officer at every youth game in the UK — even if this means kids paying an extra £1 in subs. These officials will have the power to step in when bad behaviour from players, spectators or coaches rears its ugly head. He also wants to give this officials the power to show parents yellow and red cards for abuse or excessive meddling in matches.

Thousands of under-12s are being forced to play on full-size pitches every weekend, and Robbie is sick of seeing it. He wants to see all playing fields and municipal facilities offer youth pitches in line with FA guidelines. He also believes that games of 20 minutes each way should involve a first half ban on balls above head height.

8. A ban on goalkeepers kicking from their hands

All too often, the emphasis at grassroots youth matches is on victory. But Robbie believes this ethos at such a young age is adversely affecting the technical development of young players. He wants a ban on keepers kicking the ball upfield from their hands. He believes this will encourage youngsters to play from the back.

Surprisingly, Robbie believes that the academies of professional football teams in the UK have too much power. They scoop children up at a young age, and thrust them into a world of professional standards. This takes away the fun element for many kids, and actually results in them playing less football. Pressure and career development should give way to fun and technical development.

10. Accept the fact that football is an emotional game

A few of the FA’s recent suggestions are attempts to take the anger out of the game. For example, there are games in which spectators aren’t allowed to shout out. Robbie firmly believes that passion is an intrinsic part of the game — and he doesn’t want anything to change that.