The 2016 Grassroots Football Survey Is Here 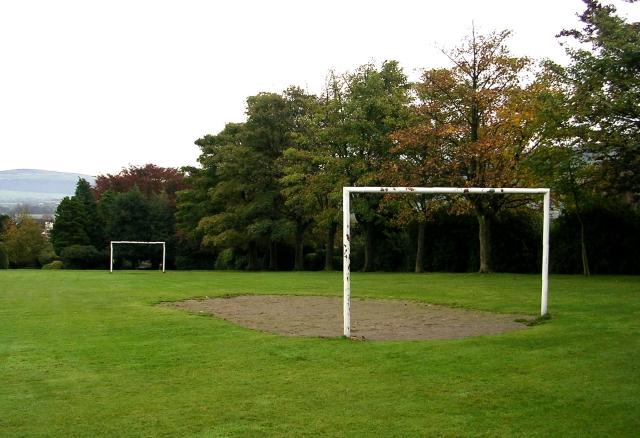 When the FA announced that it would invest £260 million in grassroots football over four years, it soon became apparent that no one really knew how it should be divided up. In 2015, the FA conducted their massive Grassroots Survey to find out what the most pressing issues were. The 2016 Grassroots Survey is now here, and the prospect of the same issues being raised is highly likely.

In 2015, nearly 29,000 coaches, players and volunteers replied to a questionnaire - and the biggest issue reported was the quality and availability of pitches. Also a concern at grassroots level was the standard of coaching throughout England.

But there was good news to come out of last year’s survey: more than three quarters of those questioned said they would either maintain or increase their current involvement in the game over the coming year. However, this obviously means that around a quarter of people involved in the game at grassroots level are considering leaving for good.

So another 12 months has passed, but has the FA made any inroads into the problem of declining participation in grassroots football? Everyone involved in the game is getting another chance to have their say.

The 2016 Grassroots Football Survey runs from September 19 to October 28, and it promises to be the largest and most revealing yet. A lot has happened in a year. Unfortunately, the same old problems persist - decaying facilities and a lack of affordable pitches.

One of the FA’s answers to the problems raised in previous surveys is the ‘Football Hub’ - aimed at giving 30 cities and towns in England a state-of-the-art facility with at least one artificial pitch. The FA Parklife Football Hub Programme is another initiative that involves creating multi-pitch communities - the first of which will be at St. George’s Park.

As a direct result of previous surveys, the FA has also committed to building 100 new turf pitches and improving 2,000 existing playing surfaces. While the FA is obviously very proud of the work it is doing, local leagues, clubs and associations just aren’t feeling the same optimism. These numbers constitute a drop in the ocean when it comes to England’s rotting playing surfaces.

The FA seems determined to concentrate their efforts on creating high-profile ‘Football Hubs’ - instead of doing the simple things first. Built at a cost of millions, each Football Hub will be hopelessly oversubscribed before it even opens. Meanwhile, local clubs are still facing extinction because of the shocking state of municipal pitches - as well as the prohibitive cost of hiring them.

At the launch of this year’s survey, FA Chief Executive Martin Glenn said:

"Last year’s survey was completed by almost 30,000 people, and provided a valuable insight into the grassroots game from the perspective of the players, coaches, referees and volunteers who know it best.

"We took many positives, but also learnt that there is room for improvement in certain areas. As we work to improve grassroots football, it is important that we listen to those directly involved, and we continually revisit this feedback as we seek to develop the national game.

"I am hopeful that this year the survey will reach even more people involved in grassroots football and look forward to being able to take valuable feedback on board."

But is the survey asking the right questions?

The first thing to say is that absolutely anyone can join the survey. All you need to do is say which region in England you’re from, how you’re involved in the game and how you spend the majority of your time in it. The options range from playing to spectating and being the parent of a child in the game.

After answering a few preliminary questions, you’re then asked about everything from your views on your local County FA to the state of local facilities. Thankfully, the FA has included several questions on this issue. You’re given the chance to tell the FA where you think their investment priorities should be - among the choices given are grass pitches, 3G pitches, car parking, changing rooms and floodlighting.

Previous surveys have identified a worrying trend that must be addressed if grassroots football in England is to thrive once again. The level of overall satisfaction amongst players dips considerably the older the children become. In order to ensure that our young players continue playing after the age of 15, the FA, the Premier League and the County FAs have to improve community facilities.

There is no doubt that Football Hubs will grab the headlines, but the truth is they’re serving a tiny minority of the people involved in grassroots football. In all probability, The 2016 Grassroots Survey will reveal that pitches and facilities are still the biggest problems in the game. It’s therefore surely time to go back to basics, and start making our pitches, changing rooms and club houses fit for purpose again.

What this space for the results of the survey - they should make very interesting reading.