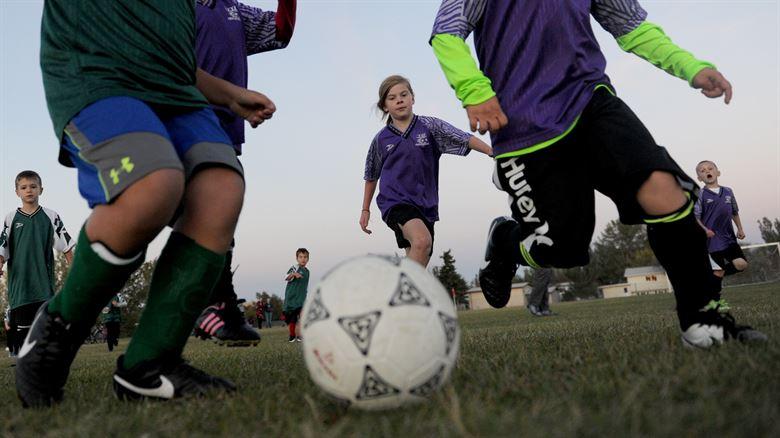 The Football Association is desperately trying to make up for lost time when it comes to investing in grassroots football. And while participation levels among young male adults are still falling in England, the good news is that other demographics are coming back to the game in significant numbers.

Overall, however, many believe that the grassroots game in England is stagnant. To be fair, the FA has pumped significant cash into grassroots projects over the last decade — but it’s nowhere near enough to turn things around and compete with the likes of Germany. Nevertheless, the governing body recently revealed its spending plans for the year ahead, and there is a lot to be positive about.

The FA has announced a £9 million investment for grassroots facilities up and down the country. Together with Sport England and the Premier League, the money will be injected into local facilities owned or operated by local councils, grassroots clubs, county FAs and education institutions. Some of the money will go towards an interesting mini-pitch initiative, which involves installing smaller artificial pitches for primary school children.

And there’s good news for the FA’s Parklife programme too. Following the success of the community hub scheme in Sheffield, there’ll be more money for similar facilities in Liverpool and London. There are plans for 15 such centres in England’s biggest cities, so this bodes well for the potential completion of the project.

And it gets even better, as this £9 million is over and above the £20 million a year committed by the FA to building and improving football facilities across the country. The Football Foundation will continue to fund various projects aimed at improving participation levels across all demographic groups.

There are more than 64,000 youth football teams in England right now, playing in organised competitions on a regular basis. The FA has announced its intention to supply each and every one of those teams with a Level One-qualified coach. Funds will be offered to teams that want to send one of their existing coaches or volunteers on the relevant training courses. This is crucial, as professional coaching before the age of 10 is crucial to a child’s chances of long-term success or participation.

The FA has, for the very first time, identified 150 of the biggest grassroots clubs in the country — and earmarked them as potential community development hubs. These clubs are invited to apply for funding to build facilities and develop their business models. Each club will receive help to either recruit or retain a coach certified to at least UEFA B Licence standard. It is hoped that this coach will work beyond the club itself, and support various projects — and the work of other coaches — in the local community.

More Cash for the Women’s Game

The FA is committed to growing the women’s game at every level in England — and it has set aside around £50 to fund various projects aimed at delivering that aim. There will be money for girls’ football, with an emphasis on under-11s. There will also be more support for Women’s Super League clubs in their attempts to recruit players, coach youngsters and drive participation levels.

And There Could Be More Money on the Way

It would seem that the FA is finally getting its act together in terms of grassroots funding. While more needs to be done, these latest investment announcements suggest that community football is now the governing body’s top priority. The £180 announced this year is a huge leap from the £123 dished out to various grassroots facility projects in 2017.

But there are also signs that the FA is gearing up to increase investment further. The FA plans to pay off its Wembley debt  by 2024; saving £3m in interest payments every year that can be ploughed into community projects. And although controversial, the FA’s plan to sell Wembley Stadium could raise enough money to fund a grassroots revolution over the next decade.

The FA is doing pretty much all it can now, at least in terms of the money it pours into the game. It’s now over to the Premier League, which has been fighting calls to increase investment for several years now. The world’s richest domestic football league needs to take a long-term view about all of this. If our youngsters are turning their backs on the game because of rotting facilities, a lack of pitches and a dearth of coaching talent, where are the English stars of the future going to come from? Will future generations simply grow apathetic about the national game, and spend their money elsewhere?