The FA Announces Record Investment in Grassroots Football… But Where Has it All Gone? 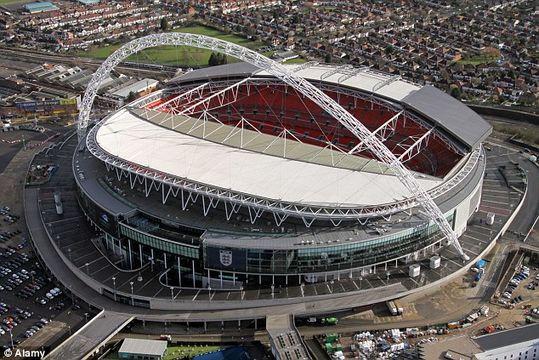 The FA has come in for some stinging criticism during the last decade for its inability to reverse the trend of falling participation levels in local communities. Yet judging by their recent announcement regarding ‘record levels of investment’, the decision makers at the FA would have you believe that everything is right on track.

The FA Group released its financial results last week with much fanfare. The game’s governing body in England made a surprisingly small profit of just £3 million after tax. The FA claim that £117 million was pumped into ‘the game’ during the year to 31 July 2015. Unfortunately, it just doesn’t feel like much is changing at the grassroots level of ‘the game’.

The FA is making money, and it is putting most of it back into footballing projects across the country. While this is a positive sign for the future, the fact still remains that young players are leaving the game in their tens of thousands every year. Local pitches remain in a dreadful condition throughout England, and the most basic of changing facilities continue to rot.

Roger Devlin is the Chairman of the Finance Committee at the FA, and he was buoyant about the results.

“The FA’s financial position is extremely strong, allowing us to increase our investments in the game to record levels which will be evidenced in the years to come, particular in grassroots facilities and coach education.

“The future outlook is positive as a result of cost reductions achieved through the restructuring and the debt refinancing which has realised a total of £30million of future annual savings. This is reflected in our improved cash position, lower running costs and the prospect of enhanced future revenues.”

Will grassroots football see its fair share of this investment?

But figures regarding specific investments were vague at best, and the £117 million in question was actually divided between grassroots football, the professional game and ‘central FA investments’ - whatever they are.

The FA is always quick to draw attention to the work it does to promote grassroots football in England, but ask the key players at the top of the governing body for a breakdown of where and how money is being spent, and they’re not so forthcoming.

According to the FA website, the most significant areas of investment during the 2014-2015 season were the Football Foundation, the County FAs, the Elite Player Performance Plan, coaching and participation and FA Cup distributions. This is all well and good - it’s just a shame the hard-up clubs and associations around the country weren’t given a little more information on exactly where the FA’s great riches are being spent.

Huge revenues for the FA

The FA generated revenues of £318 million last season, which was actually down from the £332 million the year before. Apparently this was down to the lack of an international finals tournament, fewer international matches and an FA cup tournament without a named sponsor.

The good news is that the FA has made a commitment to improve grassroots football by making ‘considerable cost savings’ on administration and management. The money saved will be put back into elite England teams, facilities and the country’s coaching network.

Major cost savings are being pursued at the FA’s St George’s Park development, and the refinancing of Wembley Stadium is expected to save millions over the next few years. This will only be good news for the future of the game if the extra cash can be used to entice our youngsters back to local clubs and leagues.

By any measure, the FA is a very large organisation with a very healthy revenue stream. There has never been so much money in the game, yet there has never been such a crisis at the grassroots end of the football spectrum. Now is the time for the FA to start working on the game from the ground up - and give priority to those who need it most.

Fortunately, it seems that the FA has finally seen the light. Bloated management structures and operational budgets are being reduced significantly with the main aim of giving more to the grassroots clubs and associations of English football. Whilst it would be nice to see a more detailed breakdown of where this extra money will be spent, any increase in spending on community football projects has to be a good thing.