The Football Welcomes Initiative Is Changing Attitudes Towards Refugees in England 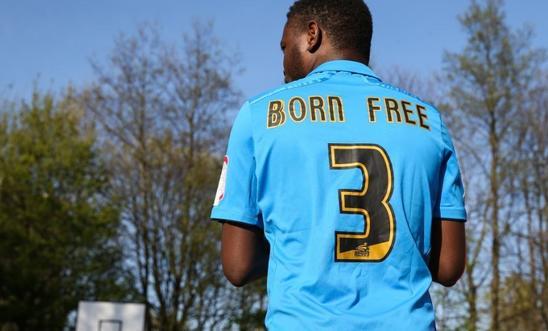 The refugee crisis that is engulfing parts of Europe right now has been a political hot potato for years. Unfortunately, the issue is often broken down into statistics, leaving the individuals affected alienated. Thankfully, football is — yet again — being used as a force for good in this regard.

There is nothing new about refugees coming to Britain; they have been doing so for centuries. Unfortunately, many of the people who arrive on British shores for the first time struggle to adapt to a completely different way of life. Not only have they witnessed unspeakable horrors, they have often been forced to leave family and friends behind. The fact that they’re not always welcomed with open arms when they arrive here just compounds the distress they experience.

But Amnesty International is trying to make the transition for refugees a little easier… and they’re doing it with football. Every level of the English game is getting involved in the Football Welcomes initiative this year. In April of this year, Premier League clubs, local associations and thousands of people involved in the grassroots game came together for a weekend to celebrate the contribution refugees have made to British society since World War II.

Over the course of April 22 and April 23, a range of footballing activities took place as past of the Football Welcomes initiative. The FA, the Premier League, the Football League and the Women’s Super League hosted the events to commemorate the 80th anniversary of the first refugees arriving in the UK to play football.

Among the first to arrive on British shores were children fleeing the Spanish Civil War in 1937. They escaped the horrific bombing of Guernica to play for the likes of Cambridge United, Coventry City and Norwich City. These contributions rarely get the recognition they deserve, which is why this particular scheme is so important. It is also an opportunity to give new refugees a great British welcome.

There is still a degree of suspicion surrounding many refugees, but it is clear that football brings everyone together — both in terms of language and culture. If the footballing community can be welcoming to people fleeing persecution and the threat of death, perhaps the rest of the country can follow suit.

Several clubs are playing a major role in the Football Welcomes initiative, including Notts County, Stoke City, Brentford and Everton. Some refugees will be given free match tickets, allowing them to experience the thrill of professional football for the first time. There will also be football tournaments and various community-based events taking place. A lucky few refugees will be able to enjoy guided tours of some of England’s most famous stadia.

2016 Premier League champions Leicester City are putting on several events for local refugees and asylum seekers. As well as a charity football match involving some of the club’s Premier League stars, the club is involved in several outreach programmes throughout the year. Many of these schemes involve British people — which gives people an idea of what refugees and asylum seekers have to go through to enjoy what most of us take for granted.

All over England, from Newcastle to Plymouth, professional clubs are doing their bit in raising awareness and promoting social inclusion. Cambridge United invited 15 local refugees to their recent home match with Exeter City. Notts County runs weekly coaching sessions with refugees in the area, many of which are attended by stars such as Alan Smith and Shola Ameobi.

It’s not just the professional game getting involved, however. Yorkshire St Pauli is a charity football project based in Leeds, and it is running several community based schemes for asylum seekers and refugees. Regular matches against other refugee teams are in the works, and there is even talk of a refugee league in Yorkshire.

For decades, refugees have made incredible contributions to British football. Among the stars to have been touched by war and oppression in the past are Bolton’s Fabrice Muamba, who fled Congo at an early age to escape the horrors of civil war. Liverpool’s Dejan Lovren escaped war-torn Bosnia with his parents as a child, and Arsenal’s Granit Xhaka was forced to escape Kosovo during the early 90s.

The success refugees can achieve if they’re given support and a warm welcome is without limits. But all too often, the refugees that arrive here are treated with suspicion and disdain. Hopefully, the power of football will once again change lives, and make the UK a more tolerant and inclusive society. And who knows… a future World Cup winner for England could be uncovered by this hugely important initiative.