The Homeless World Cup: Transforming Lives Around the World 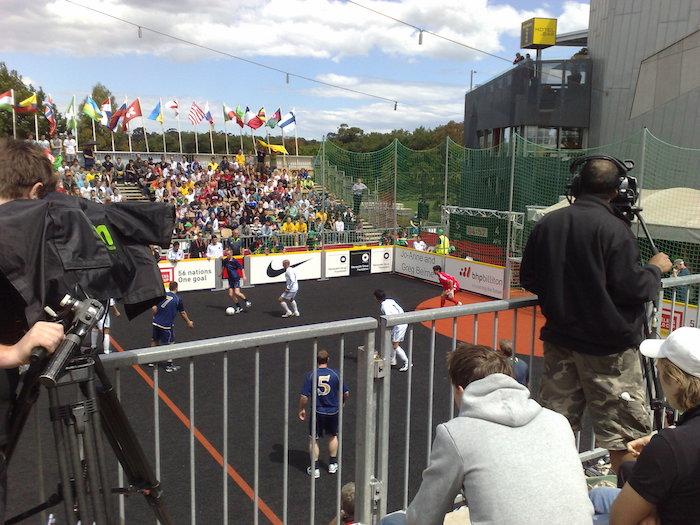 Football in the 21st century is a game of extremes. At one end of the footballing spectrum, we have the cash-strapped local leagues and the casual players. At the other, we have the multi-millionaire superstars who are adored by millions all over the world. But the 2016 Homeless World Cup in Glasgow has shone a light on a demographic group that is never represented within the beautiful game.

Scotland’s biggest city has a significant problem with homelessness, so it seemed fitting that the tournament should take place on the streets of Glasgow. During an unseasonally wet week in July, 500 men and women from more than 50 countries arrived to represent their country. And it seems the latest event was a smash hit amongst locals.

More than 100,000 people were thought to have attended at least one four-a-side match during the tournament, which is an incredible statistic.

The matches took place in a purpose-built football arena in Glasgow’s George Square. Amd workers, shoppers and the city’s homeless turned up in their thousands to cheer the competitors on.

Perhaps the highlight of the entire event was Scotland’s women drubbing their American counterparts 11-1 - a match watched by a very excitable Nicola Sturgeon.

The 2016 tournament was the 14th, and the silverware was taken home by Mexico - in both the men’s and women’s tournaments. But who wins the Homeless World Cup each year is almost a secondary issue. What is most important is the lives that are transformed along the way.

This was a real celebration of community football, but the event also managed to raise awareness of the daily struggles faced by people who have nowhere to call home. But it was also great entertainment - conjured up by an interesting format of the game that isn’t seen anywhere else.

The Homeless World Cup is a four-a-side game that is played over two halves of seven minutes. While there are separate tournaments for men and women, men’s teams can include female players. Teams consist of eight players, but only four can be on court at any one time. But teams can swap players whenever they wish.

- There are no draws, as all tied games are settled with a penalty shootout. Winners of a shootout receive two points, while losers receive one point.

- The pitches are 16 metres wide and 22 metres long

- A size five ball is used

Performing a vital role in fighting homelessness all over the world

The Homeless World Cup was founded in 2001 by Mel Young. From relatively humble beginnings with just a handful of countries taking part, the event has grown to include 100,000 players from more than 70 countries.

The idea behind this global movement is to inspire homeless people to change their own lives, as well as to drive social mobility in some of the poorest urban areas in the world. The Homeless World Cup operates through a network of more than 70 National Partners - each giving local players in more than 70 countries the chance to take part in local football events.

This international movement is more than just a football tournament, however. A foundation tackles homelessness around the world with practical help and policy recommendations. The Supporters Club promotes the game - selling tickets, memberships and corporate sponsorship deals.

There’s still much work to do

There is no doubt that the Homeless World Cup has had a positive effect on the lives of thousands of homeless people around the world. Around 94 percent of previous participants said the event had made a positive impact on their life. Crucially, 77 percent of players said their involvement in the game had helped them to improve their life significantly.

While it is estimated that more than one million homeless people have been helped by the Homeless World Cup since its inception, there are 100 million more who are still without a home.

This increasingly prestigious event is not about raising money, buying homes or hand-outs; it’s about giving homeless people a real stake in their own society. The principles of hard work, teamwork, camaraderie and discipline can all be used as forces for change. The Homeless World Cup isn’t really about helping people at all; it’s about helping them to help themselves. And in this respect, it has been a huge success.