The Results of the 2017 FA Grassroots Football Survey Are In 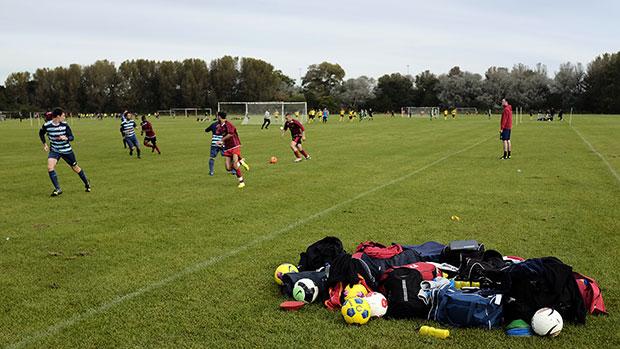 The FA has been under intense pressure to improve grassroots football in England for many years now. The game’s governing body has launched a raft of initiatives to address issues such as pitch quality, amenities, coaching standards and player behaviour. But are any of these measures actually working?

Participation levels at the community level of the game are still falling, although the rate of decline has been slowing down recently. Such was the extent to which the game had been neglected, it was always going to take a prolonged and substantial effort to turn things around.

The FA Grassroots Football Survey was introduced to find out which measures are working, and which need looking at. And what better people to ask than those who live and breathe grassroots football every weekend?

Around 30,000 people took part in 2017’s survey. Among those asked their views were players, referees, coaches, volunteers and admin staff.

Surprisingly, one of the key findings to come out of the latest survey relates to the under-utilisation of footballing services made available by County FAs. Around half of respondents knew that funding and advice were available for the development of community football facilities.

A big priority amongst those involved in the grassroots game seems to be the need for more artificial grass pitches. In 2017, 63 percent raised the issue as a cause for concern, compared with only 56 percent the year before.

At a time when women’s football is becoming increasingly popular in local communities, it is not surprising that women feel better supported in pursuit of their football-related goals. Around 24 percent of women were happy with the level of support they were receiving in the community, compared with just 14 percent of men.

Unfortunately, there are still issues surrounding the recruitment, training and retention for football coaches across the country. The survey revealed that just 27 percent of the coaches questioned were positive about the opportunities for advancement. This is a key area where England lags behind the likes of Spain, Germany and the Netherlands, so it should be made a priority on the ever-growing to-do list at the FA.

One of the biggest disappointments to come from the survey relates to participation levels amongst ethnic minorities. Asian, black and other minorities find their local County FA less accessible than white participants. Just a third of black and Asian people found their local association accessible. It is clear that more needs to be done by the FA in this area. It is no coincidence that the number of Asian players breaking into the professional game is still woefully low.

One area the FA will be pleased with is the participation levels amongst the older age-groups. Around a third of respondents aged over 55 said they currently play walking football. This is a version of the game that is inclusive and social, and it will undoubtedly receive extra funding over the coming months.

FA director of participation and development said the feedback was invaluable to the FA going forward:

“The FA invests £50m per annum into the grassroots game and the survey helps to shape FA priorities for all those with key roles in the grassroots game from coaches, referees, club and league officials and general volunteers who make football happen week in and week out.
“We can see how social media is playing its part in how people access and consume information about the game at this level, how people are utilising the smaller sided format rather than the traditional 11 v 11 game, and how people are incorporating other sports into their weekly football fix.”

One issue that has featured in both surveys so far is that of coaching opportunities. There are three times as many grassroots coaches with DFB qualifications than there are FA-qualified coaches in England.

Perhaps one reason for this scandalous difference is the cost involved of achieving a UEFA A licence in England. An English coach who wants to reach the pinnacle of the domestic profession will pay around £4,000 to do so. However, the same qualification in Germany can be achieved for around half that amount.

Conducting a major grassroots football survey every year is all well and good, but it means nothing if learned lessons aren’t acted on. The FA can play a major role in cutting the cost of obtaining coaching qualifications in England. As well as subsidising the considerable costs involved, the FA can open more training centres, and provide more coaching coaches.

It would be interesting to know exactly how much it costs to commission a survey like this. If things don’t improve as a result of asking the general public, wouldn’t that money be better spent on training coaches and installing artificial pitches?