The Trials and Tribulations of a Grassroots Football Referee 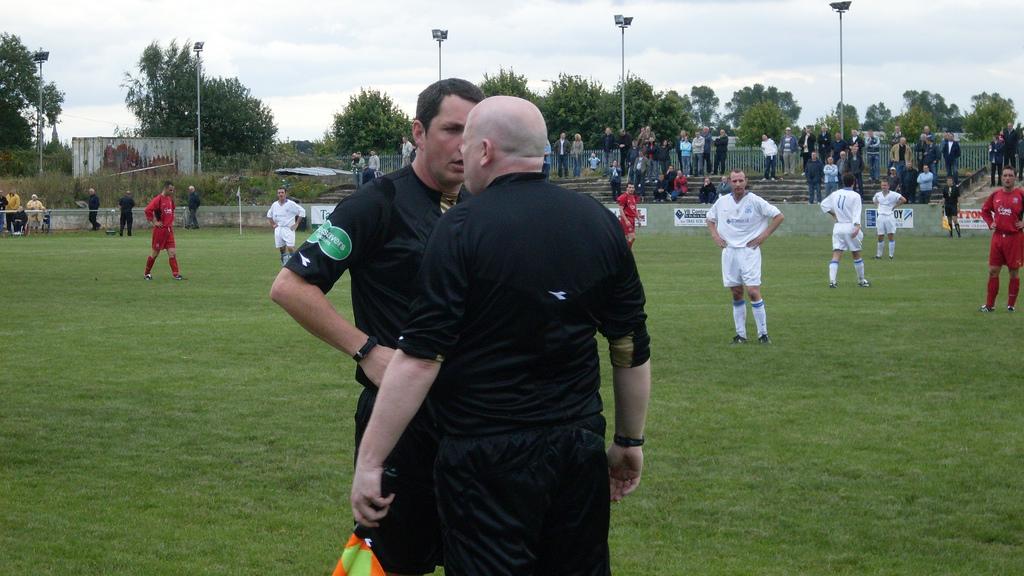 The life of a grassroots football referee is very often a thankless one. Amateur match officials get it in the neck from all sides these days — from players, coaches and spectators. So much so, there’s now a dire shortage of referees in England.

Nevertheless, thousands of referees perform their duties diligently every weekend, on pitches and playing fields up and down the country. Sadly, the experience of many of our match officials belongs on a battlefield rather than a football pitch.

And it’s not just England that is experiencing this growing problem. In Ireland recently, referee Daniel Sweeney was set upon by angry players just after an amateur match in the Combined Counties League. The helpless official — who works for nothing — was left with a broken jaw and serious bruising.

According to a recent report from the BBC, a referee in Wiltshire (who wanted to remain anonymous) was threatened with death by an injured player. The injury was picked up during a violent tackle that backfired. The perpetrator was given a talking to by the referee — which led to a nasty confrontation.

What followed was a torrent of abuse, which included threats of murder — aimed at the official and his family. The player threatened to rape the referee’s wife, at which point the terrified referee decided to keep his mouth shut… and his cards in his pocket.

Of course, the Wiltshire match official reported the incident to the local county FA. But the reply he received was absolutely jaw-dropping. Rather than immediately suspending the player and launching an investigation, the county FA asked the referee if the player had been shown a card. And because he hadn’t, the FA decided they couldn’t (or wouldn’t) act.

This story is one of hundreds that are told every weekend. Of course, not all the threats are as serious as this one. Nevertheless, they’re making the lives of match officials up and down the country a misery. Incidentally, this particular official never refereed again.

The same BBC report also told the story of a referee called Thomas. During an adult Sunday league game in Sheffield, Thomas was attacked by a player he’d sent off for violent conduct. Thomas also spoke of repeated and sustained verbal abuse on the pitch, week after week.

These two cases are both serious enough to warrant police action, so why weren’t they dealt with severely by the respective county FAs? Crimes are being committed against match officials at grassroots level every weekend. And despite the FA’s Respect campaign, things seem to be getting worse.

According to a referee in the West Midlands, the behaviour of parents is among the worst in the game. The official was asked to take on one game in particular because the manager of one of the teams assaulted a woman the week before.

During the match, two sets of parents became embroiled in a heated argument. Things escalated quickly, and a mass riot ensued. The incident left the referee so shaken, he vowed never to referee again.

During another match in England, a woman chased a match official down the touchline before slapping him in the face. She was angry at a few decisions that had gone against the team she was supporting.

There’s no doubt that referees aren’t getting anywhere near enough protection — both on and off the pitch. And even when action is taken by a county FA, the consequences of an on-the-field confrontation can be long-lasting.

A referee in Hampshire talked about the time he sent off a player for sustained abusive and threatening language. The well-built player tried to assault the referee, but was restrained by several of his teammates. Although the county FA banned the individual, he bumped into the official a few months later — and verbally threatened him again.

It is clear that the FA’s attempts to give grassroots football referees more protection are failing miserably. Serious crimes are happening in the amateur game every week, and they’re turning both players and officials away from the beautiful game.

The FA needs to work closely with the police to ensure that crimes are reported and dealt with accordingly. Action is also needed to stop banned players from playing under assumed identities. But, most importantly, it’s time to legislate. Threatening match officials in any organised football match should be a specific crime — and it should carry a hefty sentence.

If the FA can’t get a grip of this problem quickly, we simply won’t have enough referees to go around.