What Can Parents Do to Protect the Welfare of Children in Football? 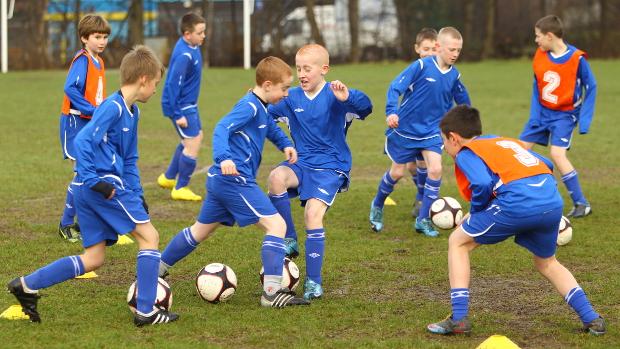 The recent revelations of abuse within every level of football have shone a light on the welfare of children and vulnerable adults within the game. It is blatantly clear that hundreds of children have been failed by the system over the years, and the responsibility rests on everyone’s shoulders — including with parents.

By playing an active role in your child’s football career, you’ll be ideally placed to spot the signs of mistreatment as early as possible. Whether your child is playing for a local club or at a professional academy, the following measures should help to protect him or her.

Find out how coaches and administrators should communicate with children

Different clubs and organisations will adopt different methods of communication with children. This may include sending important updates by email, phone, text or mail. Only by knowing the various communications channels used will you be able to monitor the contact between your child and his or her coaches.

Show an interest in communications

Only by taking a real interest in communications between a club and your child will you be able to spot the early signs of a problem. In addition, an open and honest dialogue with coaches and administrators should ensure issues are identified early — and addressed as quickly as possible.

Consult the FA’s guidelines on communication

The FA offers written guidance on the use of websites, social networking sites and text messaging in relation to communicating with players. Reading this guidance will help you to understand what is acceptable and what is not.

Monitor your child’s use of social media

Most social networking sites have strict age controls in place. For instance, Facebook is only available to children over the age of 13. And there are tight usage controls in place for children aged between 13 and 17. Ensure your child is old enough to use the various social networks, and insist on having access to all communications. There are various security features that can be turned on which protect children from certain forms of direct contact.

Ask to be copied in on messages

While not banned by FA guidelines, the use of text messages to communicate with children is not ideal. If texts are being used at your child’s club, insist on being copied in on everything.

Introduce yourself to the club welfare officer

Every FA-affiliated club MUST have a welfare officer. Find out who this person is, and introduce yourself in person. Ask him or her to explain the welfare procedures in place at the club.

Talk to your child

From the moment your child signs up with a club, he or she needs to know what to do if inappropriate behaviour or communications occur. Discuss the issues that might arise, and exactly what to do if something untoward occurs.

Understand your own role in safeguarding children

As a parent of a child playing football, you also have a responsibility to play a role in the safeguarding of children. If you witness or suspect inappropriate behaviour or communications, you should report them to the club welfare officer or the safeguarding officer at the local County FA. Particularly serious concerns should also be reported directly to CEOP or the local police.

There is a wealth of freely available information regarding the safeguarding of children in football. The Child Exploitation Online Protection (CEOP) centre provides guidance and advice for both children and parents. The UK Government has published advice via the ‘Click Clever Click Safe’ campaign, which relates to online communications. This tells children to ‘ZIP IT, BLOCK IT, FLAG IT’. The FA Respect Codes of Conduct also contain important guidelines and guidance relating to the welfare of children on match days, during training and online.

By working closely with children, coaches, administrators and regulatory authorities, parents can minimise the chance of their children coming to harm within the football industry.