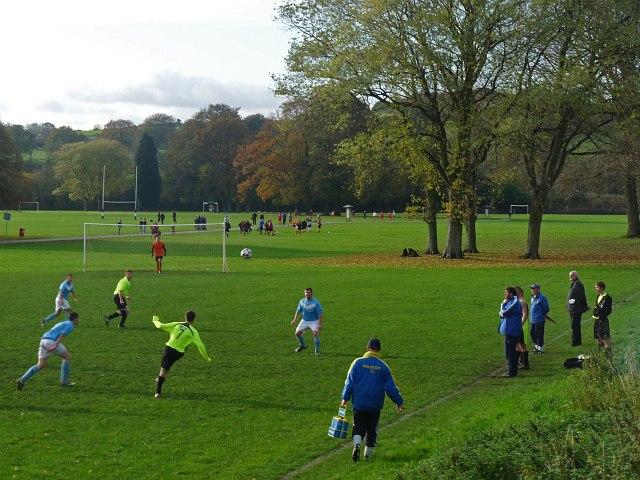 It’s the political hot potato that has seen government ministers threaten legal intervention at the FA. Grassroots football in England is currently in a state of flux. After decades of financial neglect, the lower echelons of the game are struggling to make the most basic of ends meet. But what’s really happening beyond the hyperbole and political wrangling? The only way to answer this question is to ask the people involved — which is what the FA Grassroots Football Survey is all about.

This year’s survey begins in October, but the powers that be are still digesting last year’s results. So, have things improved in communities around the country? Are enough artificial surfaces being installed? And is the coaching network being expanded and improved?

2017’s survey was the biggest yet, featuring the feedback of more than 30,000 players, administrators, match officials and coaches. And while there is a huge amount of data to sift through, there were some headlines that defined the state of the game at present.

Despite more money than ever going into the installation of artificial pitches, the latest survey revealed that a lack of such facilities is still a major concern. Respondents also revealed that much more still needs to be done in order to improve existing pitches. But it wasn’t all bad news. Just over a third of respondents said it’s easier to find an artificial surface — the largest number to date.

Respect — or a lack of it — is still a significant bone of contention among coaches and math officials in particular. Thankfully, however, nine out of 10 respondents said that all forms of disrespect have no place in the game.

And there was more good news in relation to participation levels. While young adult males predicted participation levels to decrease this year, every other group predicted them to rise. We should therefore expect to see a marked increase in the number of female, LGBT, youth and disabled players involved in regular and organised football events over the coming year.

More is Expected from Local FAs

The role of county FAs in England has never been under more scrutiny. Through a network of FA-affiliated organisations, standards, facilities and participation levels can be improved significantly. This is the only way to ensure a national campaign to improve grassroots football can be delivered fairly and equitably in every corner of the country.

While the FA, and many county FAs, have been criticised heavily during recent years, the survey revealed that most people in the game still see them as the cornerstone of standards. Around 73 percent of respondents said that they want to work more closely with their respective FA. This is great news for the game, but the national FA has to ensure that every one of its affiliates is on the same page.

Things Are Getting Better

While there were some regional variances in the results, it seems that the FA, the Premier League, the Football League and the various sporting bodies involved are gradually improving grassroots football. The majority of coaches were more impressed with the quality of courses provided than they were last year. Time will tell whether or not this translates to more top coaches on the ground.

It seems that FA Charter Standard programme is also beginning to deliver results. More young children are playing the game regularly than last year, and the general feedback from coaches and administrators has been positive.

And it would appear that the FA’s Respect campaign is also starting to make an impact. Overall, referees were pleased with the progress being made. Officials also reported an improvement in the support they receive from the FA and their respective county FA.

The Future Is Brighter

Now that the FA is taking the demise of grassroots football seriously, we are starting to see significant improvements — both in terms of coaching and facilities. But this is all relative. Take a wander down to your local playing fields this weekend, and there’s a good chance that the reality you witness will tell you otherwise.

Put simply: real pitches are still being auctioned off by local councils at an alarming rate. And the growth in artificial surfaces just isn’t keeping pace. Add to that a continuing dearth of top class coaches and a lack of funding for clubhouses, and it’s clear that there’s a long way to go before England’s governing bodies can even think about a collective pat on the back.

The 2018 Grassroots Football Survey tells us that things are improving… slowly. The lower echelons of the game are being deprived of the cash they need, but also of the certainty required for forward planning. Until a long-term funding commitment is made, progress will continue to be painfully slow.