What Does the Prospect of Regular Flooding Mean for Grassroots Football Clubs? 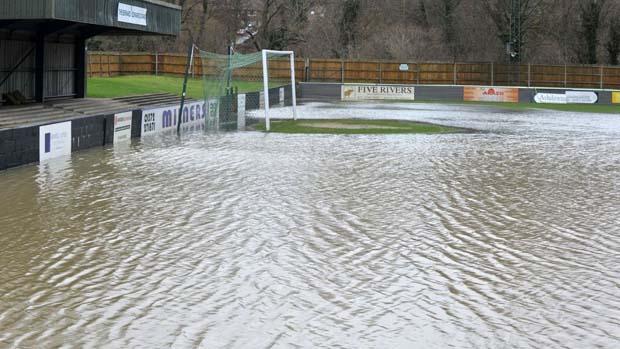 Climate change is having a huge impact on weather patterns in Britain, and some regions are suffering more than others. While the plight of homeowners is quite rightly reported as a priority in the press, the plight of small football clubs is often overlooked.

In December, Storm Desmond wreaked havoc in the north of England. Widespread flooding ruined council pitches and playing fields all over the region - leaving many grassroots football clubs without anywhere to fulfil their fixtures.

What, if anything, can be done to secure the future of many grassroots clubs when flooding is expected to get worse in the future?

Professional clubs need to plan for flooding too

It isn’t just grassroots clubs that are being affected by the ever-changing climate in the UK. Once again, Carlisle United’s Brunton Park was submerged in floodwater after Storm Desmond hit - leaving the club with a repair bill it could ill-afford.

Although the FA, Sport England and the government are pumping cash into grassroots football, local clubs and associations are struggling to make ends meet already. If they’re forced to pay for repairs, the relaying of pitches and transport to alternative venues, can they survive in the long term?

Many of England’s community pitches are already in a terrible condition, and the seemingly constant rainfall that is blighting many parts of the country is only going to exacerbate the problem in the long run.

What can be done?

To be fair, the FA already has a programme of 3G and 4G pitch building well underway. But can a few hundred artificial playing surfaces stop cash-strapped clubs losing their best players or their places in local leagues because of quagmire pitches?

The FA has reacted to the recent flooding, but they seem to be fire-fighting, rather than putting a long-term strategy into place. In December 2015, the FA announced that it was setting up a £750,000 fund to help grassroots football clubs affected by Storm Desmond.

This money will go towards the repair of pitches, spectator facilities and changing rooms across northern England. Priority will be given to those facilities which are deemed to be unsafe to use.

The Football Foundation is administering the fund, and the money will be distributed between Cumberland, Durham, Lancashire, Northumberland, Westmorland and West Riding County FAs.

The FA will know that this money will not cover the repairs needed. The relaying of a single pitch can cost several thousand pounds, and dozens of playing surfaces in the region are flooded to the point of devastation. £750,000 divided among six County FAs will barely touch the sides.

Grassroots clubs in areas prone to flooding will need to seriously consider switching to artificial pitches as quickly as possible. The cost of repairing flood damage makes this a financial no-brainer.

Those clubs that don’t have the necessary resources to install a 3G playing surface will either need to appeal to the FA for help, or consider teaming up with other clubs in order to split the cost.

A great resource for local clubs worried about flooding can be found on the FA website. Among the recommendations made by the FA are developing a club flood plan, planning ahead and assessing the risk of flooding in advance.

The flooding of so many grassroots football pitches in the north of England couldn’t have come at a worse time. Community clubs across the country should now be planning for potential floods in the future - otherwise players will continue to leave the game in their thousands.