What Does the Soccerex Global Convention Do for Football in the UK? 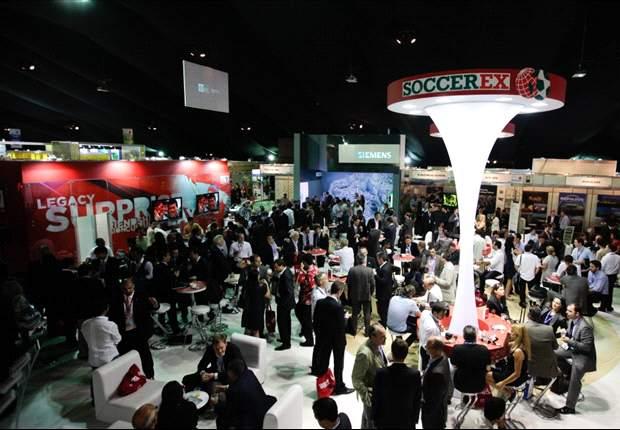 Soccerex is a lavish conference that ‘brings together the global football industry to network, gain insight and socialise’. On the face of it, this sounds like an opportunity for big business to further their interests within the game. So what actually goes on at this huge event? And does it do anything for ordinary people involved in grassroots football in the UK?

To give it its full title, the Soccerex Global Convention is about giving key players in the game the chance to come together to discuss topical issues. It is estimated that more than 30,000 people passed through the doors during 2016’s event in Manchester, but what’s not so clear is exactly what was achieved.

The Soccerex event takes place in three different zones: The Academy, The Love Football Zone and The Studio. Across these different areas, the discussion is based on five key areas, which are:

Every year, fans flock to The Studio, where some of the greats of the game - from present and past - discuss football hottest topics. Among the professionals to appear this year were Edwin Van Der Sar, Gerard Houllier and Steve McClaren. Among others to make an appearance were senior TV executives and representatives from the Premier League, the Football League and La Liga.

This part of the event closely resembles a TV chat show. It is aimed at giving fans an insight into the big issues within the professional game. But there is very little evidence to suggest it serves any other purpose than entertainment.

The Academy is where people can learn more about various aspects of professional football. Leading figures within the game deliver presentations and take part in panel discussions in order to impart knowledge on those who want it. Among the professionals to share their wisdom during the 2016 event were the Head of Academy Sports Science at Leicester City, the NFL’s Head of Marketing in the UK and La Liga’s Managing Director of Innovation and Global Development.

The Academy is also used to give sponsors, media partners and video game developers a forum for discussion. They ‘showcase their best practices’ and attempt to further their agendas through various presentations and discussion. Also part of The Academy this year was the Academy Networking Lounge and the Corporate Social Responsibility Zone - perhaps a token gesture to appease those at the less glamorous end of the footballing spectrum.

For the first time, Soccerex has reached out to players, coaches and volunteers in grassroots football through the new Love Football Zone. The event’s organisers refer to this as an area that ‘showcases how football has made a positive impact on the lives of different people’. While there was a little scepticism surrounding this particular zone at first, it did go into a little detail about the various community projects being run by the Premier League and the Football League. The Football Association was conspicuous by its absence, however.

Make no mistake, Soccerex 2016 was primarily a business-led event. Under the banners of ‘insight’ ‘socialising’ and ‘networking’, this extravaganza of football was ostensibly a money-raising endeavour - aimed at attracting new investment from businesses all over the world.

Unfortunately, from the outside, there was little coming out of Soccerex to suggest the grassroots game in the UK would benefit significantly. The addition of the ‘Love Football Zone’ was probably a token gesture to curry favour with the media. So who will benefit from this event? Well, commercial partners such as bwin, Sporsa and Lidio Carraro benefit - as do professional clubs. And the legends of the game - which include the likes of Bryan Robson, Ossie Ardiles and Michael Owen - no doubt took a hefty fee away with them at the end of the conference.

To be fair, Soccerex organisers don’t shy away from what they’re trying to achieve. On their website it states:

Surely the professional game has enough commercial clout already? At a time of unprecedented revenue streams for the game’s biggest clubs, and when ordinary fans can’t afford to take their children to matches, having this rather lavish event in Manchester was a little galling for some.

But despite Soccerex’s primary goal of making even more money for professional clubs and associations, all will be forgiven if it attracts significant money for community-based football projects at the grassroots level.