What is Football’s Annual Non-League Day? 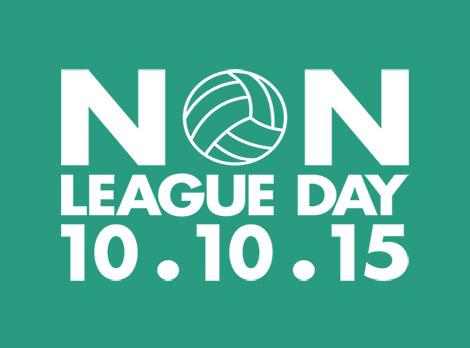 In an attempt to increase the popularity of non-league football in England, former BBC sports journalist James Doe set up Non-League Day to give fans of professional teams the incentive to watch amateur football in their local community.

The sixth annual Non-League Day took took place in England earlier this month, and it was hailed as a huge success. As part of the festivities, football fans were given free beer and burgers, and they showed their support for the initiative by wearing brightly coloured wigs.

Inspired by the financial mess many non-league team now face, James Doe wanted to boost match attendances and save hundreds of clubs from closure. So, with the backing of the Premier League, the Football Association and Prostate Cancer UK, the former journalist created an annual event intended to get people interested in football outside of England’s top four divisions. The day coincides with the October international break, so Premier League fans in particular don’t have to miss their favourite team playing in order to support the initiative.

How are clubs promoting Non-League Day?

Exactly how fans are attracted to games during Non-League Day is a matter for individual clubs to decide. Clapton FC, for instance, are offering free tickets to under-privileged people in the local community, including the unemployed, disabled people, asylum seekers and refugees. Free beer is being used to entice new fans to Dover Athletic, and there are even free eggs available for fans deciding to buy a match ticket for a home game at Brantham Athletic. Forest Green Rovers gave more than 400 replica shirts away to local primary school children as part of the festivities.

As a very visible show of support for Non-League Day, attending fans are encouraged to ‘Wear the Wig’ - raising both awareness for Prostate Cancer UK and the plight of non-league football teams in England. National League sponsors Vanarama recently encouraged fans and football personalities on Twitter to ‘Wear the Wig’, and donated £10 for every photo of a fan wearing a wig posted on their company Twitter page.

The overall success of this special day for community football has been nothing short of remarkable, and there are a few clubs that have been able to grow their support and community outreach as a result. FC United of Manchester was originally set up by fans of Manchester United - protesting at the American ownership of the Red Devils. Their newly built Broadhurst Park was packed to the rafters for the clash with Buxton, which proved just how powerful this initiative has become.

Clapton’s Old Spotted Dog Ground was also full for Non-League Day, thanks to a ticket giveaway and a concerted effort to reach out to local community groups and associations. Sheffield FC - the world’s oldest football club - are now in the eighth tier of English football, but they used the day to further their fundraising efforts. Having played their football in North Derbyshire for more than 15 years, the world’s oldest club is trying to build a new ground at Olive Grove; the place where everything started for the South Yorkshire club that gave the world the modern game. The club’s owners were able to capitalise on the added exposure provided by the nationwide Non-League Day event.

What next for Non-League Day?

The sight of packed non-league grounds up and down the country proved that true football fans simply love the game - whether it’s being played by millionaire superstars or shop workers. Both the FA and the Premier League have committed their support to the initiative for the foreseeable future, and the fact that the celebrations will be restricted to international breaks should keep the powerhouses of the English game on side.

Non-League Day’s organisers are trying to dispel the myth that supporters are being disloyal by giving financial and matchday support to semi-professional and amateur teams. It seems that, on the face of it, this approach is bearing fruit. Football fans love the game, and the vast majority of them have profound empathy for the supporters, players and owners of non-league teams facing extinction. As long as this continues, there is hope for the minnows of English football.