What Is the Football Foundation’s ‘Grow the Game Initiative’? 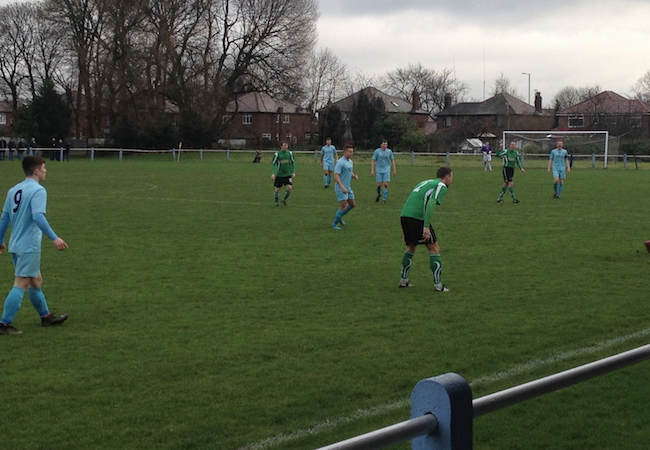 One of the biggest mysteries in English grassroots football is: Where does all of the money the FA claims to spend end up?

We’re constantly being told that investment by the super-rich Premier League and Football Association is at record levels, yet participation levels continue to fall and local clubs continue to fold at an alarming rate.

One avenue through which a great deal of investment is being channelled is the Football Foundation. And one of their flagship schemes is the ‘Grow the Game’ initiative.

While the sums of money involved in this scheme may seem low, they make a massive difference to community football clubs and associations. The main thrust of ‘Grow the Game’ is the awarding of £1,500 grants to fund the creation of new football teams and pay for local coaches to attain official qualifications. This money is provided by both the FA and the Premier League, but it is wholly administered by the Football Foundation.

Who is eligible for a ‘Grow the Game’ award?

The Football Foundation awards ‘Grow the Game’ grants to projects that are aimed at increasing the participation of both players and volunteers in grassroots football throughout England. To be eligible, an organisation must demonstrate they are a ‘not for profit’ entity that plans to launch at least one new football team over the next two years.

In addition, organisations must demonstrate they have taken steps to ensure quality, safety and financial acumen at every level. There must be a signed constitution in place, equal opportunities guidelines, financial statements and a child protection policy. If a footballing organisation can meet all of these guidelines, there is a very good chance they’ll qualify for the grant.

Among the eligible organisations that can apply for the grant are non-profit football clubs, youth clubs, community schemes, charities, sports associations and local councils. Unfortunately, schools and leagues are, as yet, still not eligible.

What is the money used for?

While the organisation can spend the money according to its financial priorities, the Football Foundation expects it to be used for the purposes of ‘providing new football activity. For instance, the money can be spent on the hire of a pitch, the hire of FA-approved coaches, affiliation fees and essential football equipment. Many clubs opt to use the money for the training of volunteers, the promotion of the club and affiliation fees.

But this grant is intended to act as a helping hand. The Football Foundation expects fundraising plans to be in place at each awardee. And while the initial grant is £1,500 per team, this figure falls in the second and third year of new projects. It is clear that the emphasis is on helping local clubs to help themselves.

How successful has the ‘Grow the Game’ scheme been?

In 2015 alone, more than 2,000 new football teams were started in England with the help of ‘Grow the Game’ grants. Funding is secured for at least another year, so thousands more teams are likely to be born as a result of the initiative between now and the end of 2017.

In Wiltshire this year, nine clubs shared a total of £22,500 — creating 15 new teams for the season ahead. Each of these clubs has at least 15 registered players, so it’s not hard to see how much of a difference to participation levels this scheme is making. Another 20 clubs shared a total of £52,000 of funding in Merseyside this year. Among the clubs to benefit were Warrington Wolves, Rainhill Town and South Liverpool.

This year’s launch was given a publicity boost with the help of Sky Sports’ Hayley McQueen. The TV personality has thrown her weight behind the scheme, which should generate more interest in many of England’s regions, including East Anglia, the South West and Cumbria - where participation levels are in need of a real boost.

The combination of money from the game’s elite governing bodies and the grassroots expertise of the Football Foundation is having a dramatic effect on the game. With all of this talk of billions being poured into community football on so-called hubs, artificial pitches and lavish facilities, it’s interesting to see that most clubs simply need a modest helping hand.

There really is no excuse for the under-funding of grassroots football in England. The efficacy of this rather modest scheme demonstrates that local clubs aren’t asking for the earth — just enough to pay the most basic of bills.