What is the Premier League’s Creating Chances Programme? 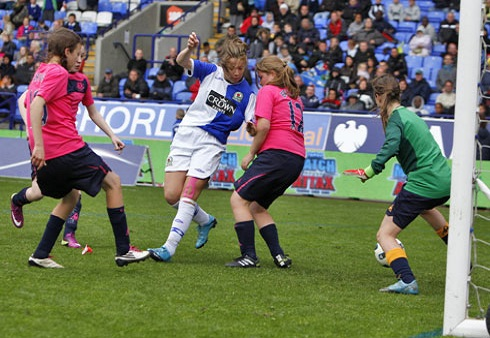 The Premier League has come under fire in recent years for its apparent lack of activity at grassroots level in England. But has this criticism been fair?

Record revenues from broadcasting deals and sponsorships have made the Premier League the richest domestic football competition in the world - by quite some distance. While the vast majority of this money goes to the clubs, the Premier League has set aside several million pounds for its various work in local communities. But with young people leaving the game in record numbers, can more be done?

One of the schemes operated by the Premier League at grassroots level is Creating Chances. This relatively successful scheme was originally developed to forge stronger links between clubs and the local communities they serve. The huge power Premier League clubs exert in their local areas can be used as a force for good - which is what Creating Chances is all about.

More than £110m has been invested in the Creating Chances initiative over the last three years, with promises of a lot more to come. The Premier League estimates that around 14 million people in England have benefitted from the scheme in some way.

The Premier League Charitable Fund now administers the scheme, as well the £10 million of Premier League funding that goes into Creating Chances every year. Charitable donations come from many areas of the private sector too. Indeed, the Premier League has revealed that for every £1 it donates, £3 of matched funding comes from other sources.

What does Creating Chances involve?

- International initiatives, which include Sport Relief and Premier Skills

- Community cohesion, which includes the Premier League into Work initiative and collaborations with the Prince’s Trust

The Premier League and the clubs within it partner with a number of professional, political, commercial and charitable organisations to enhance the lives of people all over England. But what does all of this mean in reality? Is the Premier League really ‘creating chances’ for young people in the most deprived areas of England? Is football fulfilling its potential as a force for social change?

Although some critics will say that the Premier League could afford to use a much bigger slice of its enormous wealth for work in the local community, there is no doubt that some of the schemes under the ‘Creating Chances’ banner have been a huge success.

Premier League Reading Stars - Working with the National Literacy Trust, the Premier League helps local schools, charities and youth associations to improve literacy levels across England. There are online and offline challenges that individuals and organisations can take part in - which make improving literacy levels fun and engaging.

Premier League Enterprise Academy - This initiative was set up in order to teach 11 to 18-year-olds the basic skills required to start a business and become self-employed. More than 130,000 youngsters took part in the scheme during its first two years, and more than 1500 secured university entry level qualifications as a result of their participation.

Barclays Premier League Works - This highly successful scheme aims to give young people the life and social skills needed to get into work. A combination of education, training and motivation gives young people in England the confidence and skill-set required to successfully negotiate the jobs market. Arsenal, Everton, Sunderland, Stoke and Southampton initially trialled the initiative - helping more than 4,000 people get into work or professional training schemes.

Premier League Schools Tournament - Each of the 20 Premier League clubs stages their own tournament in order to select one school to represent them on a Grand Finals day. More than 800 schools fight for the right to play at Bolton Wanderers’ Reebok Stadium every year. Those kids who make it to the finals are treated like the Premier League’s biggest stars, which for many will be a once-in-a-lifetime experience.

Football pervades almost every aspect of life in Britain, so it is only right that the richest professional body in the country does its fair share to give back to the fans who make the game what it is. If a little more can be done to support local clubs and associations in England, the future for the national game could be a very bright one.