Why Has London’s Olympic Legacy Not Reached Grassroots Football? 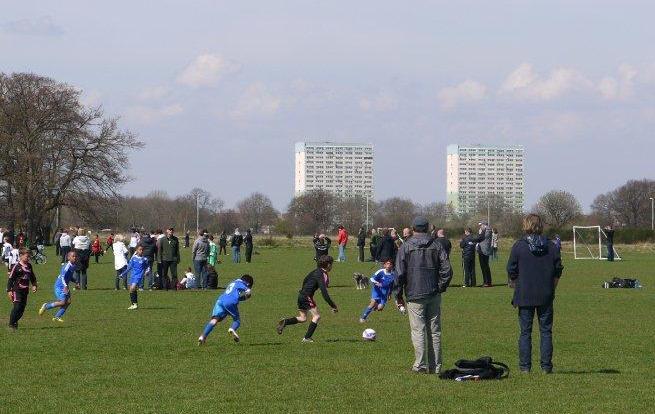 There was a time when Boys’ Clubs in the UK were a hotbed of footballing talent. Around England, small talent hotspots would spit out an almost continuous flow of talent — much of which ended up being integral to the England national team.

The likes of Huyton, Longsight and Wallsend developed some of the most talented English footballers of the last 50 years. In London, the area around Stratford has arguably been the nation’s most productive when it comes to producing world class footballers. Rippleway in particular has been prolific in this area — responsible for John Terry, Jermain Defoe, Ledley King, Sol Campbell and Mark Noble.

If you’re looking for an example of how a modern Boys’ Club should be run, Rippleway is the template. Not only is it organised and professional, it prides itself on inclusivity. There is a multicultural membership the likes of which you don’t see enough of in the UK. In addition, kids of all abilities and fitness levels are welcomed. Most importantly, player development is key, rather than winning at all costs.

Located within the shadow of the London Stadium, Rippleway was one of the sporting centres that were expected to benefit from the “Olympic legacy” in 2012. Unfortunately, things just haven’t worked out that way. Despite millions being poured into developing the area around the Olympic site, clubs like Rippleway are still woefully short of funds. Despite record levels of investment in English football, those at the grassroots level are more deprived of cash than ever before.

In 1999, Rippleway was fielding 16 different teams in local leagues — today it is just seven. Local councils are being squeezed for cash like never before. Funding from central government has been slashed, so there has been very little money for pitch maintenance and local facilities. Pitch fees have soared, and hundreds of teams around the UK have folded as a result.

While the problems affecting grassroots football are being experienced throughout the country, the issue is particularly dire in London. As recently as the mid-90s, the Newham Football League was one of the most popular community leagues in Europe. Local ground such as Beckton Pyramids and Wanstead Flats were packed to the rafters every weekend. But within a few years, famous London clubs such as Eastlea Colts and Heath Park were going to the wall. Many more clubs, playing on pitches within walking distance of The London Stadium, are expected to go the same way in the near future.

Why is Community Football Dying in London?

During the heyday of grassroots football in England, the vast majority of public playing fields and football pitches were owned by local authorities. They were made available to local teams either for free or with a significant discount. As a result of cost cutting and reduced funding from central government, councils have been forced to sell off this land. In many cases, playing fields have been developed into housing and commercial property. And where pitches remain, the fees for hiring them for just a few hours have risen five-fold.

Take Wanstead Flats, for instance. This collection of old pitches has a long and illustrious history of hosting community football matches. Both Rippleway and Senrab F.C. have played here since the 1960s, but they may be forced to fold if pitch fees continue to soar. This year, Rippleway expects to pay more than £2,000 for their pitches, while Senrab will pay closer to £5,000. As a result, subscriptions for local children have been increased significantly. In such a relatively deprived area of the capital, finding an extra £10 a month to allow their child to continue playing football is just too much for parents.

This scenario is being played out in every region of the UK — to varying degrees. More and more clubs are now going under, either because they can’t raise enough money to keep going or because parents just can’t afford to pay soaring subscriptions. When it’s a choice between providing social care and subsidised sport, local councils are being forced to prioritise, and that’s having a dramatic effect on grassroots football.

The cumulative effect of nearly eight years of spending cuts by central government is now jeopardising the future of both our health and our national game. Kids who can’t play football every weekend will simply spend their time on street corners or playing video games in their bedrooms. Meanwhile, the England national team will fall farther behind football superpowers like Spain, Germany and Brazil.

London 2012 was supposed to create a sporting legacy that would inspire a generation, but the reality is very different. The grassroots football clubs that operate within eyeshot of the Olympic Stadium are among the most endangered in England. For them, the promises of a brighter future simply haven’t materialised. At a time when record levels of investment go into the area, these talent factories are facing an increasingly uncertain future — which should be a source of immense shame for the government, the Olympic committee, the Premier League and the FA.