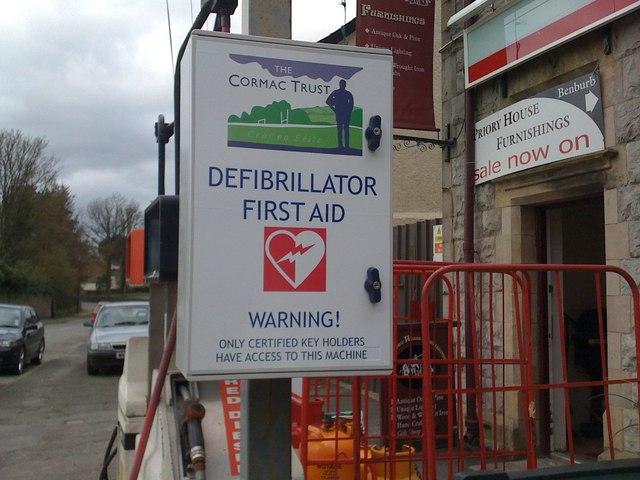 When Bolton Wanderers’ Fabrice Muamba collapsed during a televised Premier League football match, the issue of potentially fatal heart conditions among young footballers made the headlines.

Muamba was one of the lucky ones, as medical teams from both Bolton Wanderers and Tottenham Hotspur managed to revive him on the pitch. More than 80 professional and semi-professional players have died while playing football since the turn of the 20th century — but the number is much, much greater at the grassroots level.

Muamba survived because doctors were able to administer life-saving treatment with a defibrillator. Unfortunately, however, youth players and amateurs aren’t being afforded the same level of care.

This pressing issue took on added significance recently when a young Swansea City fan collapsed and died of heart failure while playing for his local team, St Joseph’s AFC.

Mitchell Joseph had undergone heart surgery just a year before — leading to him being refused life insurance. His fiancee was left with debt, expenses and mortgage repayments she couldn’t afford, so the local community decided to take action.

A fundraising webpage was set up, which very quickly raised £20,000. Mitchell’s club Swansea City then got involved, and pledged to match the total. The club has committed to using the money to purchase defibrillators for the main playing fields in the local Swansea league in which Mitchell played.

And the club has committed to going even further. A new programme will see defibrillators being issued to local football leagues across South Wales. For every goal Swansea City score between now and the end of the 2017/2018 season, the club will donate one defibrillator.

No one will ever know if access to a defibrillator would have saved Mitchell’s life, but it might have given him a chance. If just one young life can be saved by this fundraising effort, it’s well worth doing.

This tragic event has raised a serious question: Why aren’t all playing fields and grassroots football facilities equipped with at least one defibrillator? And why aren’t our coaches and match officials being trained on their use?

Thankfully, the FA is finally taking this issue seriously. The Fabrice Muamba incident demonstrated that fast access to a defibrillator can save the life of a heart failure victim — which is why the British Heart Foundation is now involved in a nationwide initiative with the FA.

Together, the BHF and the FA are calling upon all grassroots leagues and clubs to install defibrillators close to pitches and playing fields. By August of 2017, the initiative had succeeded in installing more than 600 life-saving defibrillators, and had committed to providing at least another 900.

Any club within the Charter Standard Programme, the Women’s Pyramid of Football or the National League System can apply for one of these vital machines. Defibrillators can be the difference between life and death, which is why there are now calls to make them mandatory at all levels of the game.

Football has been forced to deal with many tragic and sudden deaths over the years. And while this type of incident is extremely rare in the game, just one preventable death on a football pitch is one too many.

Many of the players who have suffered a heart attack while playing football had a potentially fatal disorder at the time called “hocum”. The clinical name for this killer disease is hypertrophic obstructive cardiomyopathy, or HOCM.

To understand why this affects professional athletes, you need to understand a little about how the heart develops. Young athletes exercise their heart regularly, which reshapes and strengthens it. In most people, this is a good thing, as it makes the heart more efficient in pumping blood around the body during exercise.

But players with HOCM suffer from a genetic disorder that thickens the walls of the heart too much. The more the player trains and works the heart, the worse the problem becomes. When the muscle wall reaches a certain level of thickness, blood can be restricted in and out of the heart — which is when heart attack occurs.

Only around 0.2% of humans possess this genetic disorder, and many of those people live long and productive lives without ever finding out they’re at risk. However, athletes exercise their heart for several hours a week, which speeds up the rate at which the heart walls thicken.

According to the BHF, around 90% of sudden heart attacks in young athletes occur during or immediately after rigorous exercise, so let’s hope every club in the UK installs a defibrillator without delay.

Shop at our store for all of your football first aid equipment.