Will the FA’s New Five-Year Bans For Grassroots Football Work? 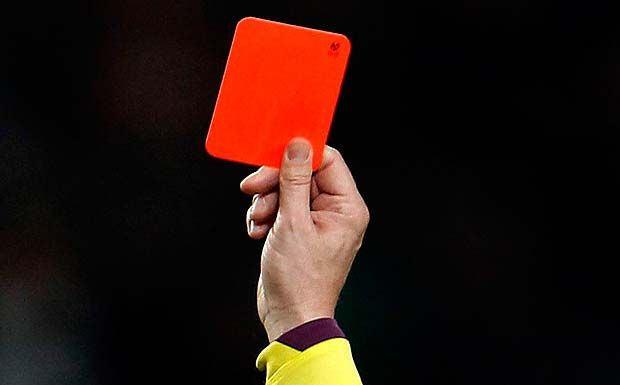 For far too long, grassroots match officials have been subjected to the most abhorrent abuse. On pitches and playing fields across the country, these unpaid heroes are the only people standing between successful community leagues and the total collapse of grassroots football.

In order to protect the next generation of stars, and ensure they have the pathway to the big leagues, the FA must do more to protect referees and their assistants. Thankfully, the FA is listening, and handing out significant bans for dissent, bad behaviour and abuse.

As part of a major relaunch of the Respect campaign, the FA is introducing a series of initiatives aimed at cutting the level of verbal and physical abuse aimed at grassroots officials.

Physical and verbal abuse are part and parcel of grassroots football

The statistics relating to this disgusting matchday abuse make depressing reading. An astonishing 94 percent of match officials in England have been the victim of verbal or physical abuse at least once during their career. And one in five grassroots referees has been physically attacked — either on the pitch or on the sidelines.

Things came to a head earlier this year when 18-year-old Ryan Hampson organised a national strike, involving more than 600 officials. The young referee has aspirations of making it as a professional, but already he has been kicked, spat on and head-butted. Ryan’s experiences, and the action he took, galvanised public opinion, and finally the FA sat up and listened.

The 2017-2018 season should herald a new dawn of respect — amongst players, coaches and spectators. A series of mandatory bans has been introduced, and many of them are certain to make players think twice before lashing out at officials. For instance, any player at all grassroots and youth levels will be banned for a minimum of five years if they assault a referee or an assistant. Even the type of verbal threat that is issued on hundreds of local pitches every weekend is now punishable with a six-game ban and a £50 fine.

Interestingly, any player who makes physical contact with a match official will receive a ban of a minimum of 84 days, as well as a £100 fine. This is an indication of just how seriously the FA is taking the issue. In highly charged situations, professionals around the World have “come into contact” with referees over recent years. Just look at Cristiano Ronaldo last week. He clearly shoved the referee after being sent off for a second bookable offence. He received a modest fine and a five-match suspension.

If the professionals aren’t held to the same high standards as those at grassroots level, this initiative is doomed to failure before it gets going. The FA must be just as harsh on badly behaving Premier League players as they are on those playing on municipal pitches every Sunday morning.

Before this season kicked off, the FA wrote to every affiliated governing body to insist they implement these tough new rules immediately. Each County FA has limited scope to increase the minimum bans, depending on certain aggravating factors.

It would appear that a root and branch review of player discipline is underway at the FA. Next season, 32 grassroots leagues will trial a sin-bin system. Any player guilty of dissent towards a match official will spend 10 minutes on the bench. During this time, the player’s coach will not be able to field a replacement, reducing the team to 10 men. This is a similar system to the one employed in the National Hockey League, and it seems to add an exciting dimension to the game. If it proves successful at grassroots level, the so-called “orange card” could be introduced to the top-flight game.

With guidance from the FA, local leagues and County FAs are seizing the initiative and implementing their own measures to tackle abuse in the game. The Surrey Youth League, for example, makes it compulsory for all players and their parents to read and sign a code of conduct — before they’re allowed to kick a ball. The league also uses Respect marshals, whose job it is to identify potential flashpoints and intervene before things go too far. As a result of these measures, and many more like them, the Surrey Youth League was recently named league of the year at the annual FA Respect Awards.

Abuse and bad behaviour in football is a cultural phenomenon — so it must be addressed from the top down. Unless impressionable youngsters see their favourite elite players adequately punished for hurling abuse at match officials, they simply won’t learn the respect that is essential for successful sporting competition.