The Premier League and FA Join Forces to Save Grassroots Football 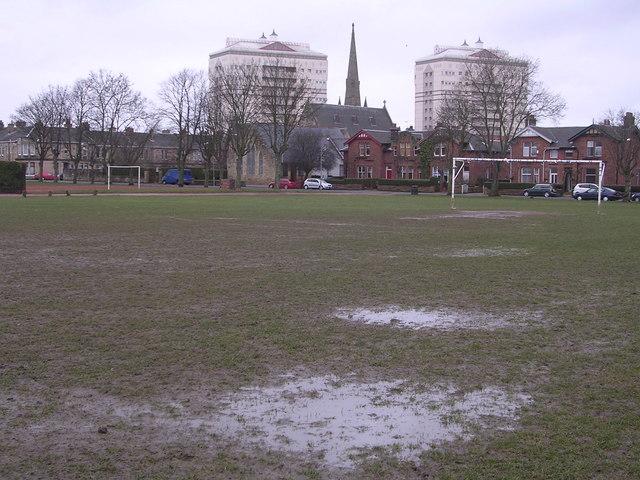 It’s hard to read anything about grassroots football these days without hearing about the hardship that local clubs, associations and players are being forced to endure. There’s more money in the game than ever before, yet there are still thousands of young players being forced to play on dangerously worn pitches every weekend. After several years of public pressure, the Premier League and the FA decided to do something about the problem — together.

The Premier League & The FA Facilities Fund is an initiative designed to improve playing facilities in England. It is administered by The Football Foundation with help from central government, under the banner of Sport England.

This growing initiative is primarily aimed at schools, community football clubs, councils and local sports associations. The priority is to create or refurbish football facilities in order to increase participation levels and improve the playing experience. If you’re part of an organisation that could benefit from an injection of cash, there are a few things you need to know.

Who is Eligible for a Premier League & The FA Facilities Fund Grant?

In order to be considered for a grant under the scheme, you have to demonstrate that you’ll be using the cash to improve local football facilities. You’ll also need to show assessors that the changes or improvements you’re planning will sustain or increase participation levels in your area. Finally, you’ll be expected to provide evidence that your organisation helps both children and adults to develop — socially, physically and mentally.

Where Can the Money Be Spent?

Applications for grants are all considered on their own merits, and some projects are more complex than others. However, the money from a Premier League & The FA Facilities Fund Grant is usually spent on improvements to grass pitches, installation of 4G pitches, construction or repair of clubhouses and the fitting of floodlights.

However, as these grants are used for infrastructure projects, applicants must demonstrate that they have a minimum of a 25-year lease on the land they use.

While all applications are examined on their merits, priority is given to areas or organisations with the most pressing needs for investment. Communities with particularly high levels of poverty and deprivation stand a better chance of receiving cash than those with relatively high standards of living.

How Much Cash is Available?

There is a fixed limit of £500,000 for each individual grant, which is enough to cover the installation of a 4G pitch, floodlights and a modest clubhouse. A minimum grant of £10,000 also applies. In order to be considered, you have to provide evidence that you don’t have the cash needed to make the necessary improvements. This usually involves submitting your accounts. You must also show that you’ve exhausted all the fundraising possibilities at the time of your applications.

But the FA and Premier League aren’t giving this money away. Grants are awarded in order to part-finance projects. You and your organisation will have to raise your own cash too — either privately or with the help of charitable initiatives.

The Money is Already Changing Lives

The Premier League & The FA Facilities Fund has already been used to build some fantastic pitches and clubhouses. As a result, more people in the most deprived areas of England have been given the opportunity to play football regularly.

In June 2018, Swadlincote Secondary School secured more than £1.5 million to build new pitches, indoor playing areas and changing facilities. Around £250,000 of the cash came from the Premier League & The FA Facilities Fund.

In Macclesfield, three new pitches secured football for 24 different teams in the local area. Nearly two thirds of the cash came from the fund. And Potters Bar Town was able to install new toilets, changing rooms, a kitchen, a first-aid room and a multipurpose clubhouse thanks to a grant of £150,000.

These are just a few of the success stories emerging across England every month. Thousands of youngsters and young adults are finally getting the grassroots football facilities they deserve. And while more still needs to be done, it’s great to see that the government, the FA and the Premier League are in this for the long-haul.

The more young people playing the game, the brighter the future is for elite football in England. Who knows? With all of this investment being pumped into local communities, that elusive second World Cup could finally be on the horizon.