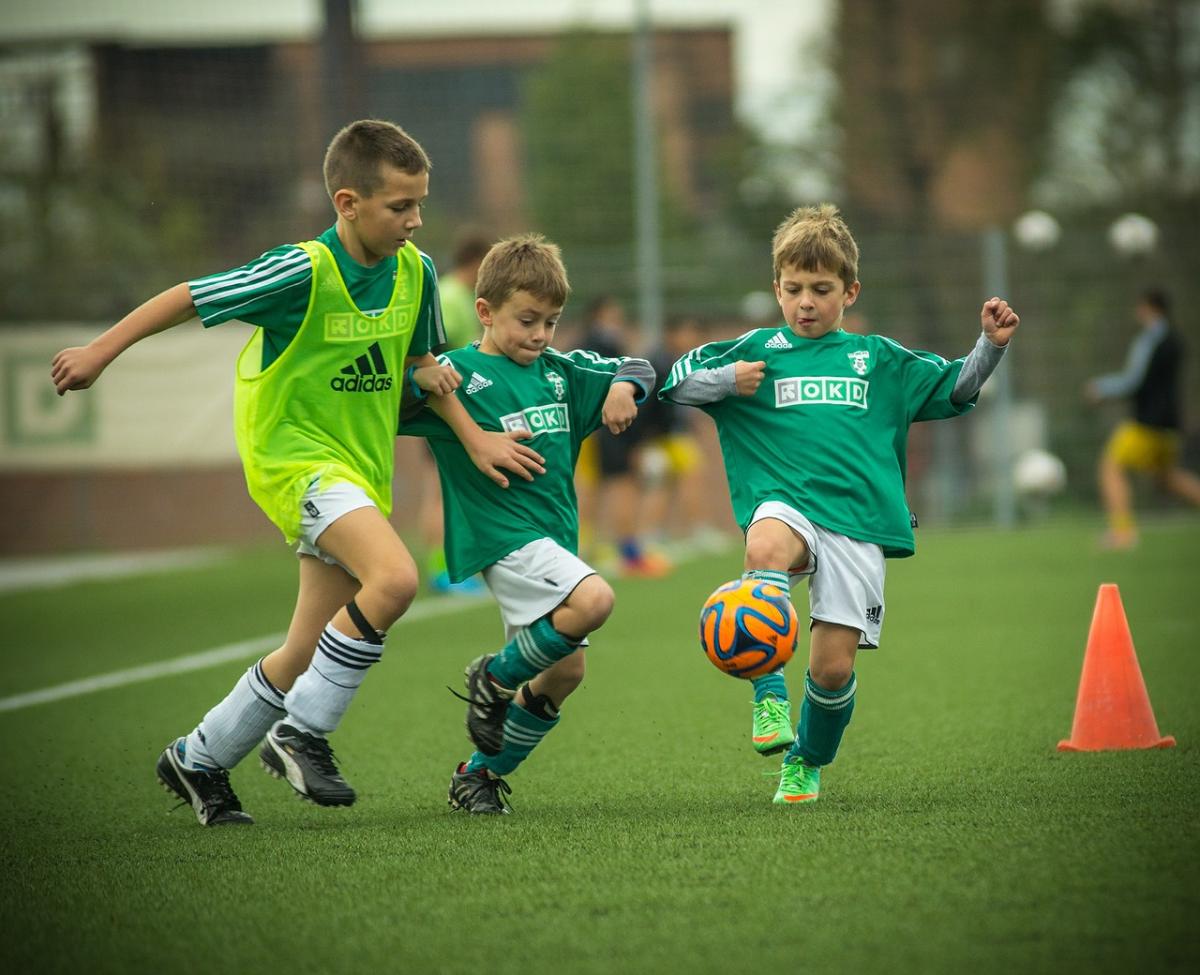 Young children need lots of time with the ball in order to develop their touch and control. Unfortunately, there are still too many kids playing 11-a-side football on pitches that are too big.

Games involving four, five or six players on each time have been shown to be much more effective at developing the skills of youngsters. Not only that, small-sided games are just a lot more fun.

Why is football on smaller pitches beneficial?

Put simply, kids who play small-sided matches regularly get more touches of the ball than kids who play the regular form of the game. A child will also be forced to make more decisions during a match, which is a crucial part of development. The ball is never too far away, so there’s never time for ball-watching and daydreaming. Not only is the child getting lots of the ball, he or she is also being forced to follow the play more closely. This teaches off-the-ball skills that are often forgotten about with particularly young children.

If you were to watch a children’s football match being played on a full-size pitch, you’d probably see the goalkeeper and the strikers spending lots of time isolated, with very little to do. In a small-sided match, however, there are far more clear cut goalscoring opportunities, so everyone gets the experiences they need.

Although things are slowly improving, the number of children playing regular small-sided football matches is still well below what it once was. There are many reasons for this; one of which is the over-reliance on competitive football at earlier ages. Too many children in the UK play 11-a-side football every week where the only objective is to win.

The closure of playing fields and municipal pitches has stopped lots of children playing football for fun. The “jumpers for goalposts” phenomenon has long since vanished from most streets and local communities. The FA is pushing for more and more small-sided football projects in communities, so hopefully things will improve over the next few years.

The statistics demonstrate the effectiveness of small-sided football matches

When compared with 11-a-side football, the statistics clearly show that small-sided matches are great for developing a wide range of skills. For instance, players in 4-a-side matches touch the ball five times more than those in 11-a-side games. Even 7-a-side matches give each player around 50 percent more time with the ball.

Strikers need to experience goalscoring scenarios thousands of times to improve their technique and decision-making. Statistics from FIFA show that players face one-on-one situations with the ball three times as often in small-sided games. Even in 7-a-side football, a child will face double the number of these crucial situations than a child playing the standard game.

Small-sided games deliver lots of action, which is crucial in giving youngsters the experiences they need to learn and improve. For example, a goal is scored every two minutes in a 4-a-side match, and every four minutes during the average 7-a-side match. Goalkeepers are involved between two and four times more often in the small-sided formats. And perhaps most importantly, the ball spends just eight percent of the time out of play in 4-a-side matches — that figure is 34 percent in 11-a-side football.

One of the most popular small-sided games right now is futsal, which is played on a court with a smaller ball. However, you can set up your own small-sided pitches with football cones, markers and portable goals. Whether you’re organising 4-a-side or 7-a-side matches, the same basic rules of the game will apply — although you might want to dispense with throw-ins and make the goalkeeper’s area a no-go area for outfield players. Check the FA laws on small-sided football if you want to adhere to national standards.

Small-sided football games don’t have to be traditional matches, however. There’s a game called “Prison Break”, for instance, which involves players passing and dribbling their way out of a “prison”. The defenders are “prison guards” who are there to stop the team in possession from breaking out of a defined area. Other games include the “Dutch Shooting Game”, “The Key Player” and “Steal the Ball”. In truth, the only thing you need to do when setting up small-sided games for youngsters is ensure that all of the children get lots of ball time.